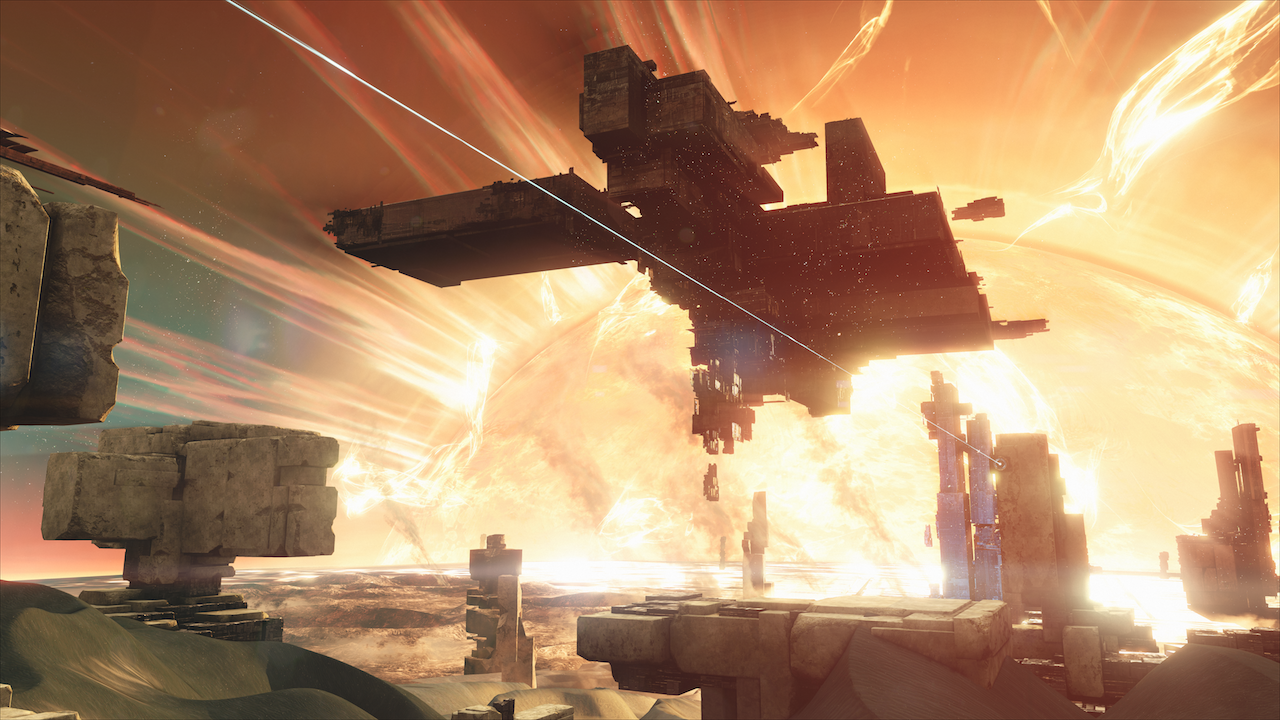 Destiny, the new IP from world-class video game developer Bungie, is now gold. Development on the epic shared-world shooter, at least the version you’ll be getting at launch on September 9, is now complete, the studio confirmed in its latest Weekly Update.

“Now, we’re very close to launch – the final weeks,” wrote Bungie community manager, David “DeeJ” Dague. “This next milestone carries a heavier weight of finality. Destiny is Gold. Discs are being pressed and packed into crates. Destiny is done, in some respects. Even now, so close to the end, it still feels like we’re just getting started.”

According to Bungie, Destiny servers will be live the moment it hits September 9 somewhere in the world. No sooner or no later. “Retailers will stick to time-zones. Our servers won’t know the difference. Retailers will break street date. Our servers won’t,” said Dague. Until then, it might be a good idea to get familiar with Destiny’s social hub on Bungie.net, if you haven’t already. Be sure to sign up, link your profiles, and, if your a member of a Clan created during the Destiny beta, reaffirm your allegiance.

In Bungie’s latest Weekly Update, Dague also reconfirmed that players will not be able to trade items with other Guardians in The Tower. “As for swapping irons in the Tower? Nope. We want you to earn ‘em,” he wrote. “You should be able to tell a badass story for every sweet jewel in your arsenal. Once you earn them, the various Guardians under your account will be able to trade them, but weapons belong to the players who acquire them through action and bravery.”

Dague also explained that events in the retail game won’t mimic events in the Destiny Beta, mentioning that “The Beta was all about driving traffic toward the game at key moments.” Events like the Iron Banner in the final game will last much longer. “Everyone will have a chance to rally to its call,” he added.

While making sure all systems are go for launch, Bungie is also prepping for an upcoming PAX Prime panel where key members of the studio will lead discussions about Destiny’s past, present, and future. Be sure to keep your eyes and ears open for new details around noon PST on Sunday, August 31.

Destiny is on its way to PlayStation 4, Xbox One, PlayStation 3, and Xbox 360, landing on September 9. If you can’t quite feel the excitement in the air just yet, maybe Destiny’s official launch trailer will give you the kick you need to get hyped.