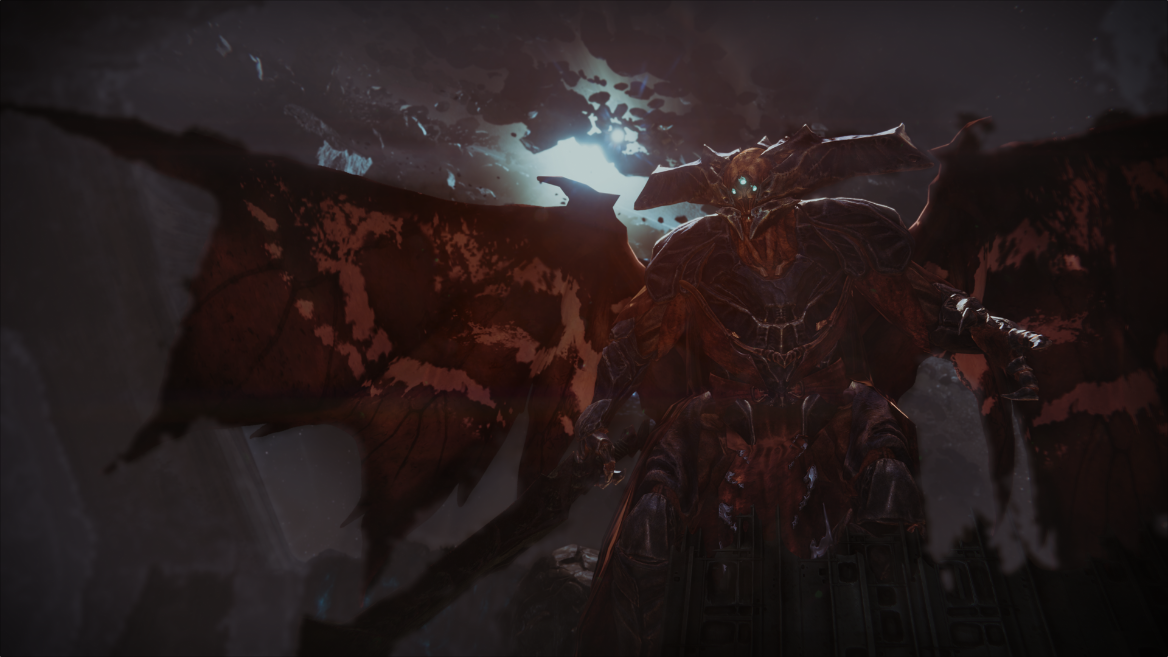 Bungie capped off the studio’s series of Destiny: The Taken King live stream reveals earlier today with a look at the Court of Oryx, a new player-driven public activity deep within the Hive Dreadnaught.

By collecting three different tiers of Runes throughout their adventures inside the Dreadnaught, players can use these items to instigate certain challenges of varying difficulty levels inside the Court of Oryx. A total of nine players, which can be anyone in the vicinity, can participate, though the original Rune holder who initiates the event will get the best rewards.

Tier 1 presents a single boss challenge, while Tier 2 presents two boss challenges at the same time. According to Bungie, Tier 3, which wasn’t shown during the live stream, presents a Raid-level boss. All bosses will feature some sort of mechanic that must be discovered in order to defeat them, even lower level Tier 1 bosses. Boss battles are also designed to not repeat themselves twice in a row.

Footage from the live stream included gameplay using the new Sword heavy weapon. In this instance, community guest Laced Up Lauren was using a Solar Exotic Sword called the Raze-Lighter. According to Bungie, these unique weapons must be earned through Quests and won’t be included in any loot drops. We’ll update this post with a gameplay replay once it becomes available.

UPDATE: And here it is:

Before signing off, Bungie Creative Director Luke Smith gave Twitch audiences an exclusive look at a brand new cinematic trailer for Destiny: The Taken King, as well as a brief introductory teaser for the new six-player raid, King’s End. He also announced that the new Raid will launch three days after The Taken King, on September 18.

If you missed Bungie’s previous live stream reveals, you can get all caught up with the recap and replays below: