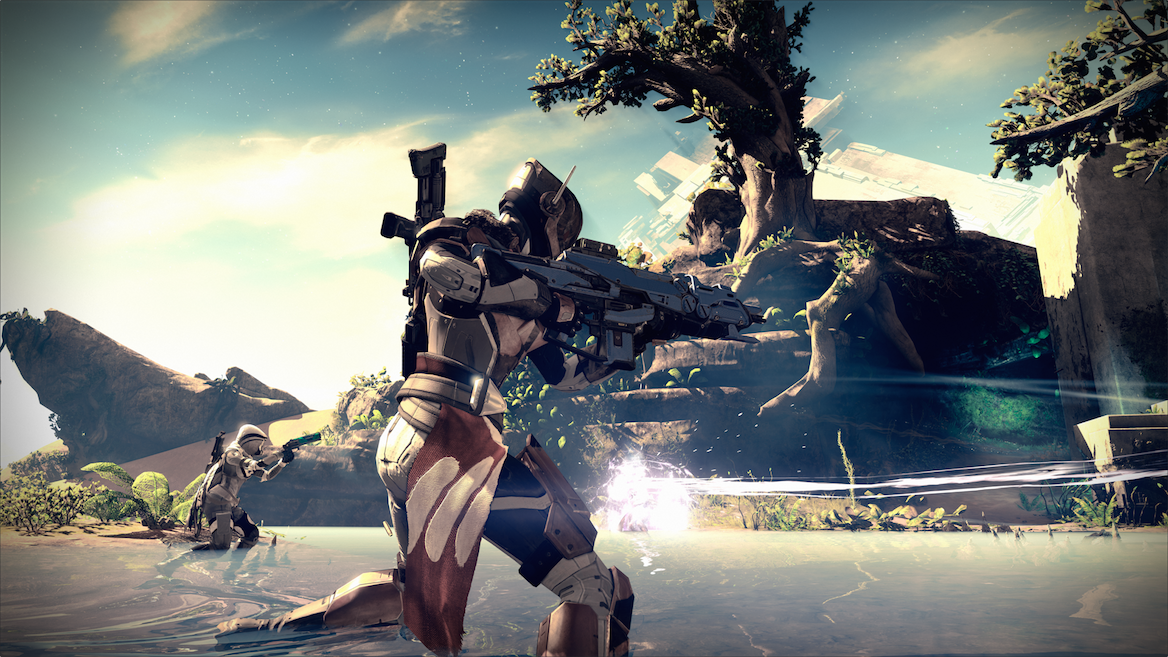 With the launch of Destiny: The Taken King next month, Bungie is making a few tweaks to your daily and weekly rituals that are bound to re-form once you’re through with the DLC’s main story arch. Though not immune to the weekly reset that takes place every Tuesday morning, weekly activities in Destiny ought to feel a lot less ‘grindy’ for those with multiple characters.

Take, for example, Heroic Strikes. In The Taken King, this weekly activity will be replaced with the new Vanguard Heroic Playlist. The weekly reward from this playlist, a batch of Legendary Marks that can be earned up to three times, is account-wide, meaning you can complete it with either one character three times, or with three different characters one time. It’s up to you how you want to earn those Marks, which can used to purchase Vendor Legendary Armor. Here are a few other changes Bungie is making:

Similarly, rewards earned in Daily Heroic and PvP activities are being increased and will now also be account-wide. So, just like those new Heroic Vanguard Strikes, you can earn Legendary Marks on any character.

Bungie is also making the Weekly Nightfall Strike less of a chore by removing the death penalty and the Weekly XP Buff in exchange for “a mark of prestige for having achieved something challenging.” In place, the studio has also increased sources of XP and Reputation to account for it. Another difference, thanks to the introduction of new armor Perks, is that the Burns applied to each Nightfall will now affect your choice armor in addition to your choice of weapon. Here are a few other points:

Wish rewards were more plentiful for your actions inside the Crucible, Destiny’s PvP arena? The Taken King has you covered. Upon completion of Lord Shaxx’s introductory quest chain, Guardians will get access to new Weekly Quests specific to the Crucible. Completing these will open up Lord Shaxx’s “The True Meaning of War” Bounty, which, as mentioned earlier, will reward players with Nightfall-level loot.

If you haven’t yet, be sure to head on over to this week’s update from Bungie. There, you’ll find details on the amount of hard drive space you’ll need to clear on your console in order to make room Update 2.0, which launches September 8 and is required whether you purchase The Taken King or not. Here’s the TL;DR.

Lastly, there’s also an update for those who bought the Digital Collector’s Edition of Destiny: The Taken King before the optional $20 upgrade was announced.The TL;DR? Uhh. More updates are coming.

So, what do you think about the new changes coming to Destiny’s Daily and Weekly end-game activities? Hit us up in the comments below!