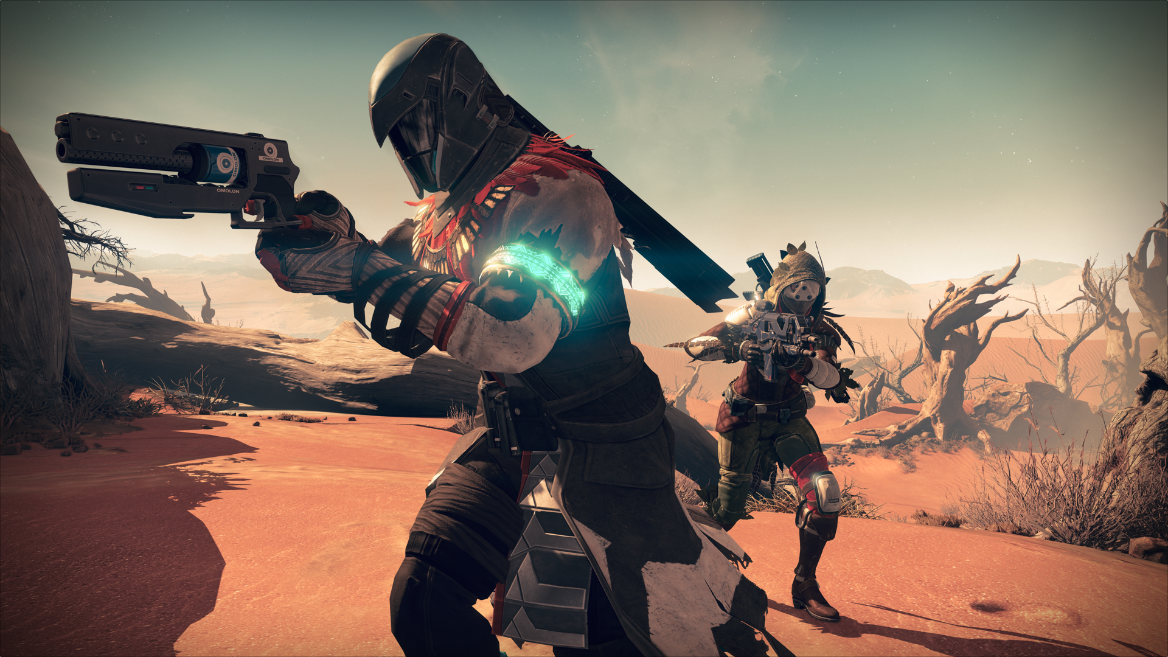 Bungie is back from the holiday break with news of upcoming events, updates, and improvements to Destiny.

For the first time, Destiny will celebrate Valentines Day this year with a special event called Crimson Days. According to the studio, its scale is similar in size to last Halloween’s Festival of the Lost and will last for one week, starting on February 9th. More details about the event are to come, but what we do know is that Guardians can look forward to a new 2v2 playlist called Crimson Doubles. It’s a bit cryptic, but here’s what Bungie had to say about it:

“It features a special twist, born of new gameplay and mechanics that only battle-tested star-crossed lovers will appreciate. You’ll need a dancing partner – preferably one that compliments your fighting style. The two of you will have a chance to earn some “sweet” loot together in the Crucible. To receive your gifts, you’ll have to put your differences aside and fight well as a couple.”

“Other improvements” are also inbound with the upcoming February Update, due to launch at the same time. 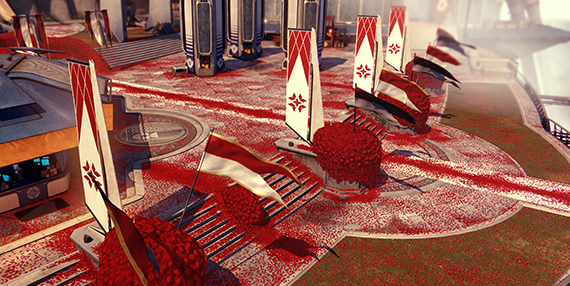 Before then, the Iron Banner will once again test your strength come January 26 as Lord Saladin returns to the tower with new loot.

In his stock, he’ll have:

Meanwhile, post-game drops will reward you with:

This time, instead of Control or Clash, Guardians will face off in games of Rift, which should put a bigger emphasis on objective play. Teams working together will have better chances to come out on top.

Rounding off Bungie’s Weekly Update, Design Lead Lars Bakken talked about matchmaking in the Crucible and how the game weighs player skill when looking for other Guardians.

“We have super-secret mathematical systems that measure your performance and rate you as a potential combatant,” he explained. “It is constantly being re-evaluated after every match, and we even use different skill buckets depending on what playlist you’re in. For example: Iron Banner playlist skill ratings are not the same as normal Control.”

“We launched The Taken King with an overhaul to the skill system that would let us gather information about how we can best prioritize a match. That work first began in October, beginning with the Control playlist. Over time, we’ve expanded the system to cover more activities in the Crucible. In December, we activated it in all playlists.”

Bakken promised that, moving forward, the studio will do a better job communicating these changes to players when they take place. In the near future, players can expect improvements “that are intended to help reduce what we call latency (what you call ‘lag’),” he added. “We’re looking through all the new data now, and we’ll be taking measures to improve the experience.”

Lag in PvP has been a major complaint of Destiny’s fanbase as of late, so it would be nice to see it reduced to a minimum as quickly as possible.

So, what do you think Destiny’s new limited-time Crimson Doubles playlist is all about? Excited to hear more?