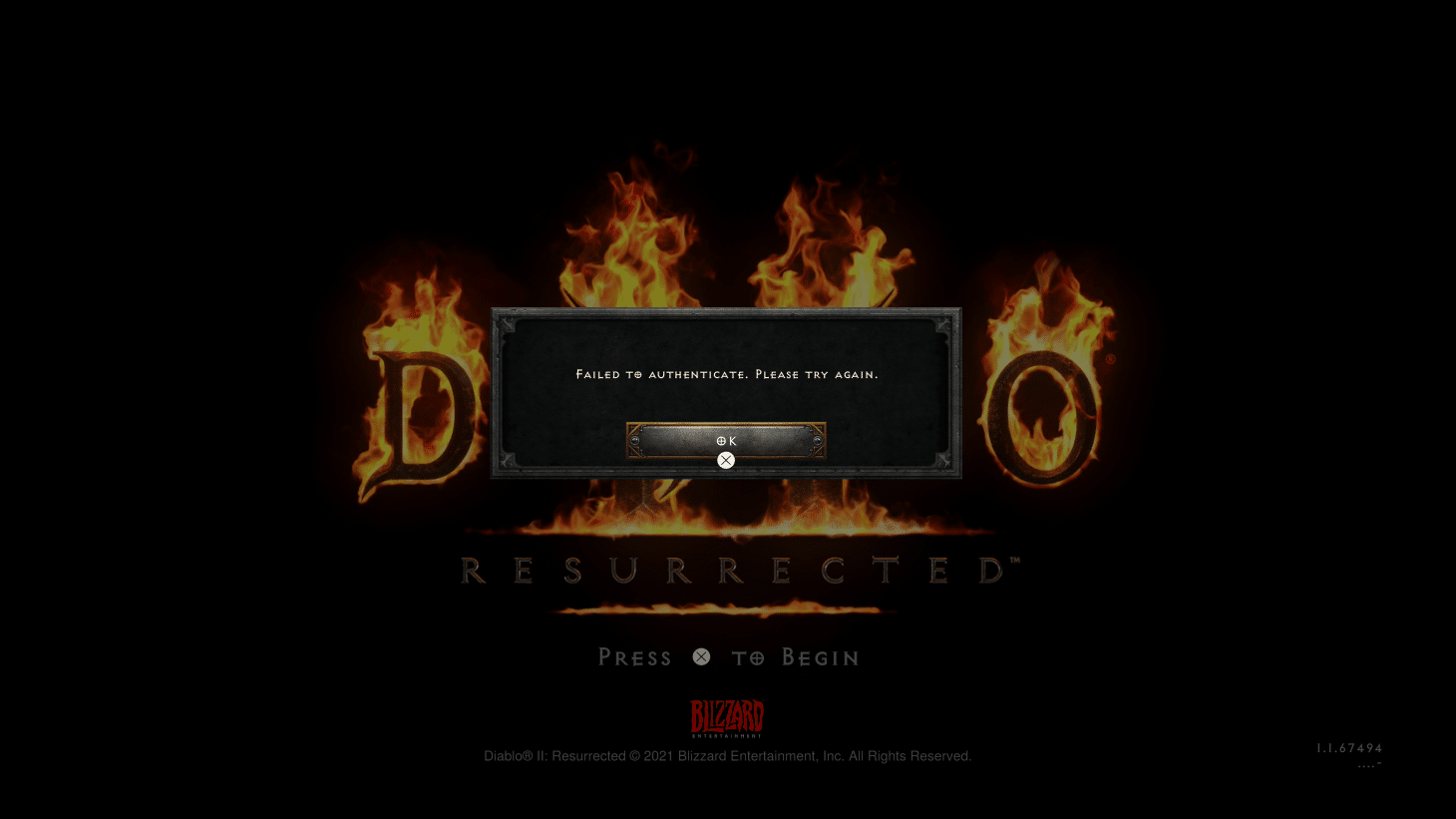 Here’s an interesting turn of events: it seems that those who own Diablo 2 Resurrected, if you don’t log in (online) at least once in 30 days, you cannot play it offline regardless of platform.

This was brought to our attention by Twitter user DoesItPlay1, who tweeted that this can be removed with hacks, and servers no real purpose.

You cannot play Diablo 2 resurrected after 30 days of being offline, one of the first console games to feature check in drm.

It serves no real purpose and can be removed with hacks.

This can’t possibly be real, right? Well, our own Jimmy Lara who played Diablo 2 Resurrected online before (and haven’t played it in quite a while), tried it just now, and yep, we were greeted by that authentication message you see above. It sucks, but it is the real deal, and is one of the few games that has an online check-in DRM (digital rights management) built in.

Given how much bad publicity Activision and Blizzard Entertainment has been in the past few months, this is probably the last thing gamers want to see from the developers. While I understand that this is a way to combat piracy, why is it activated on consoles too? Or better yet, wasn’t there a better way of implementing it without restricting players who bought it legitimately?

In case you haven’t picked the game up yet, it is a solid game despite the this little snag. We gave it an impressive 9/10, and said, “Despite Blizzard’s recent track record of poor decisions and mishandling of the Warcraft 3 remake, in the case of Diablo 2 Resurrected, Blizzard shows they’re able to deliver on a solid remaster that improves the visuals and effects of the game, while still maintaining its classic charms.”