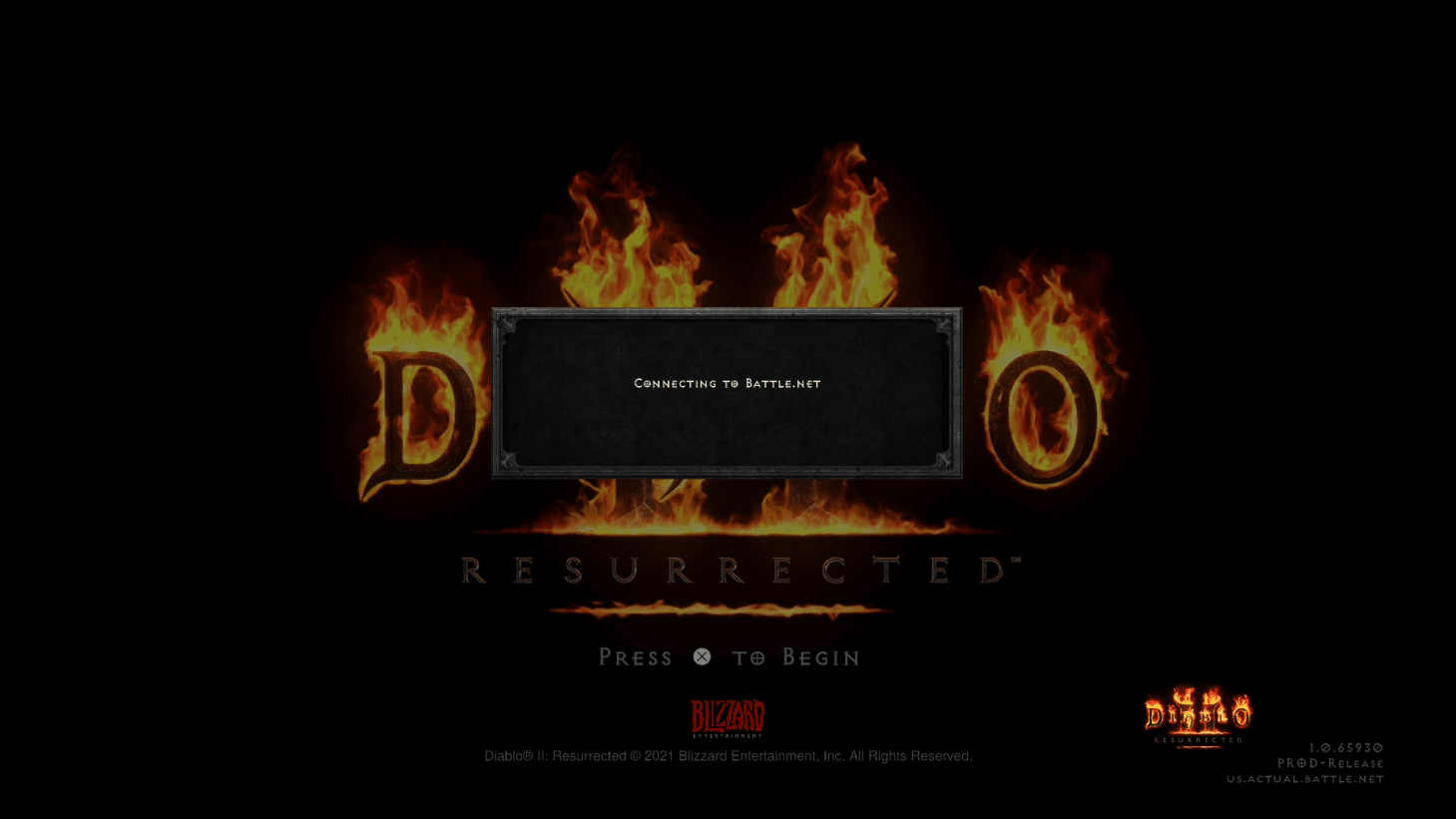 Hellspawn killers, multiple Diablo 2 Resurrected down reports are surfacing now stating that servers just died, or people just can’t connect, which is something that has happened before. Note that this is not scheduled maintenance

Update (October 10, 2021): For those here on Sunday, October 10, yes, the servers are out yet again! You can keep track of today’s server outage right here, where it will be updated throughout the day.

Diablo 2 Resurrected Down for October 9:

Update #3 (October 9, 1:10PM): Blizzard says the maintenance is complete, though the studio hasn’t mentioned whether this means everyone can log back in.

[#D2R] The emergency maintenance is now complete. Thank you for your patience, everyone.

Update #2 October 9, 9:35 AM: Blizzard will be performing an emergency maintenance. Diablo 2 Resurrected servers will be completely down during this time. Hopefully once they are done, the issues will be resolved.

[#D2R] We will be performing emergency maintenance and the game will be unavailable during this time. Thank you for your patience and apologies for any inconvenience caused.

Update: Blizzard has confirmed that there are some ongoing login issues and that they are investigating it.

We are currently investigating reports of login issues.with D2R Apologies for any inconvenience caused.

Over on the franchise’s subreddit, multiple players have reported of the outage:

Um rune on run servers went down from Diablo

asia server down.. from Diablo

For those wondering whether this is planned maintenance by Blizzard, it doesn’t seem to be, as the official Blizzard Customer Service Twitter account has mentioned a maintenance happening on October 6.

MAINTENANCE SCHEDULE 10/06: #Bnet: 1:00 PM – 2:00 PM (PDT) | During this time, you may encounter slow or failed logins and be unable to complete purchases in-game and through the Blizzard Shop. pic.twitter.com/TBxOf02Y3Z

To date, the studio has not acknowledged the outage, and if this server outage continues, expect the studio to make an announcement. We’ll be monitoring the situation, so make sure to update the post frequently if servers still aren’t back up. For those able or unable to log in, leave a comment down below to let other gamers know which platform you’re on, and where in the world you are, so other people are aware of the situation.

Our review of Diablo 2 Resurrected is hitting the site soon, so watch out for that.