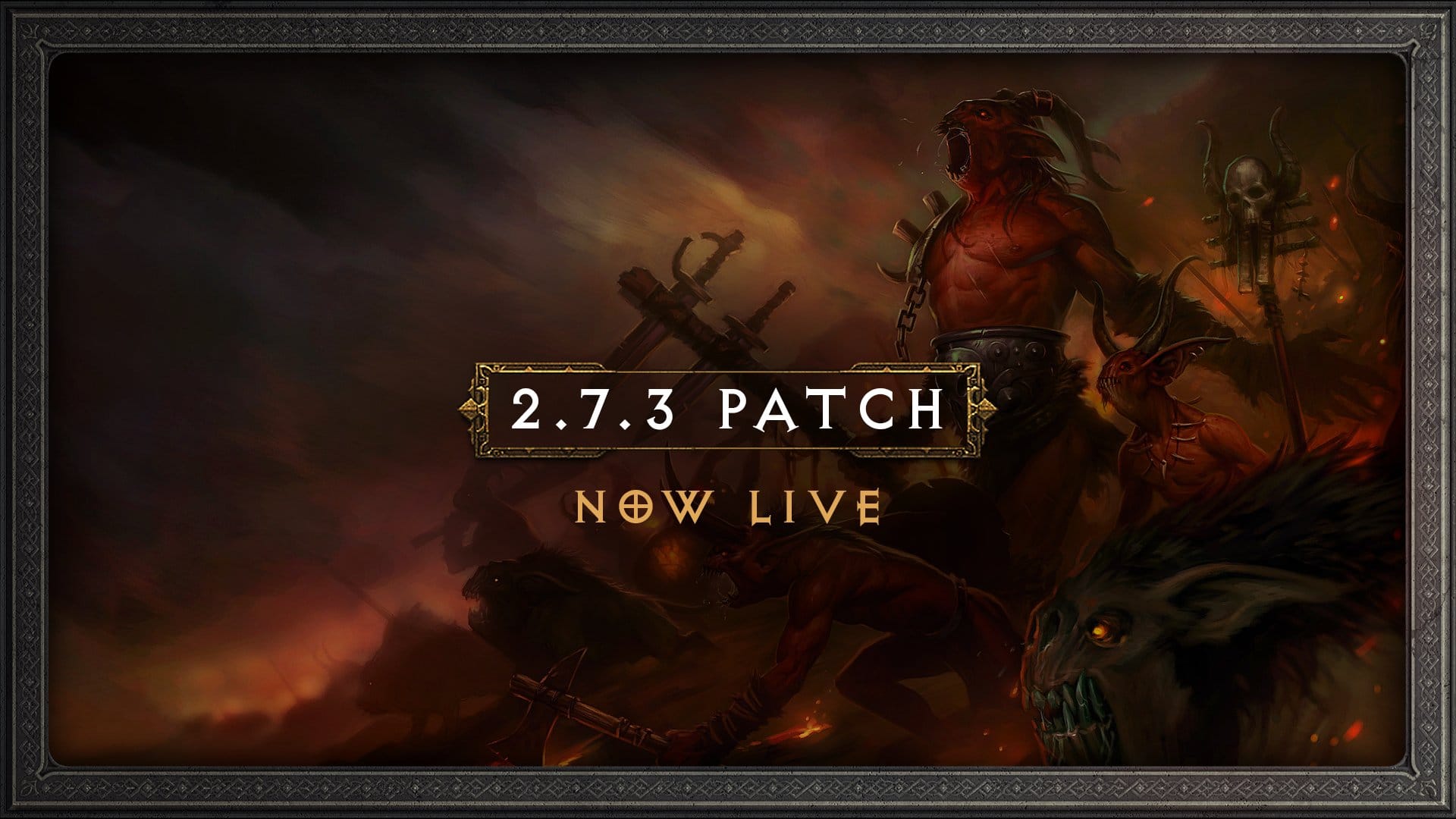 Blizzard Entertainment has released the Diablo 3 update 1.41 file on both consoles and PC, and this is for Season 26 “The Fall of the Nephalem” patch version 2.7.3! This brings the data to players, but Season 26 starts on April 15! Read on for the schedule, and the Diablo 3 Season 26 patch notes below.

Season 26 introduces the Echoing Nightmare, an optional and rewarding end-game challenge where players fight within the memories of Nephalem who fell in a Greater Rift. Today’s Nephalem must stand their ground until they are inevitably Overwhelmed or defeated. Players must collect a Petrified Scream from defeated Greater Rift Guardians to gain entry to the Echoing Nightmare. Transmuting a Petrified Scream in Kanai’s Cube summons a portal that players can enter to face the horrors of the Nephalem’s past.

We wanted to improve the Greater Rift experience through quality of life updates, balance changes and addressing community feedback. We reviewed all of the maps and monsters that appear in Greater Rifts and reworked the probabilities overall to make sure players spend more time with the content they enjoy. Less spaghetti and more chickens!

Orek’s Dream: Greater Rifts have a small chance to roll as Orek’s Dream. These dreamlike rifts have a curated list of maps and monster compositions.

Developer’s Note: We reworked Raekor’s Legacy to give the set its own identity. It felt natural to the team to infuse the charging fantasy of Raekor’s Legacy with the Barbarian’s ranged skills.

Developer’s Note: Norvald’s Fervor is overperforming across multiple sets. We want to bring its power down, but we are Increasing the utility of Thorns of the Invoker to compensate.

Developer’s Note: We’ve made improvements to Mystic Ally that should make the skill feel more fluid and less clunky at times.

Developer’s Note: We’re happy with the gameplay of Inna’s Mantra Monks, but the Fire build is overperforming, so we removed the Fire Ally bonus from the Bindings of the Lesser Gods.

Head on below for the seasonal rewards and more.

The souls of heroes defeated in the eternal struggle against evil call for aid! Astute Nephalem will listen to the petrified screams of the dead, and find themselves attuned to the last agonizing moments of the departed. Will these Nephalem heed the whispers of atonement of fallen heroes and survive their echoing nightmare? Or will they be forever trapped, becoming just another fallen Nephalem? Only time will tell…

In Season 26, we introduce the Echoing Nightmare. This is our first Seasonal Theme that introduces a new activity to the game. In the Echoing Nightmare, players will experience an intense, densely packed, increasingly challenging event that stretches their ability to stay in the fight as long as possible. We found inspiration in Orek’s warning, “Many Nephalem have stood where you are now, but few succeeded in overcoming the trials.” The Echoing Nightmare explores what happened to those Nephalem who did not succeed. 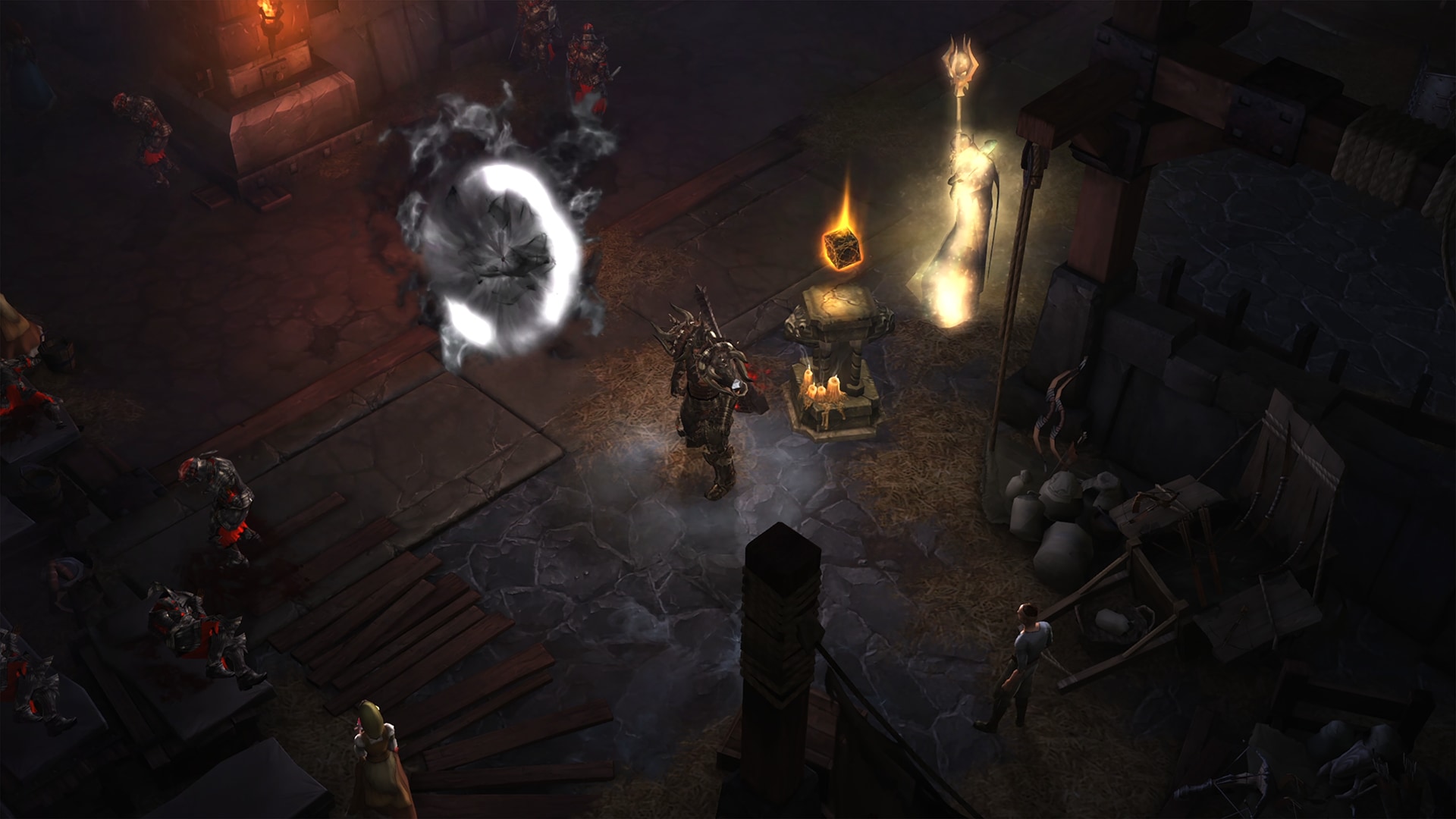 Beginning with Season 17, we began reintroducing previous rewards to make them available to players who may have missed them the first time around. For Season 26, this means awards originally available from Season 14 are returning. In addition to the Boots and Pants slots of the exclusive Conqueror Set, a series of portrait frames themed around the enigmatic Tal Rasha will be available. For the nephalem hero who wants to embody the spirit of Justice, a pennant dedicated to everyone’s favorite archangel will also be available. Just remember—you cannot judge Justice itself!

However, we know it’s nice to have something new to aim for if you’ve participated in previous Seasons. We’re continuing to provide new End of Journey rewards as introduced in Season 17, with two new cosmetic ones for those who complete the entirety of the Season journey. Endure The Fall of the Nephalem and complete the Season 26 Guardian Journey to earn the Rakkis’ Remembrance portrait and the Toothsome Trooper pet.

If you’ve been playing the past few Seasons diligently and reached Conqueror in the Season Journey each time, you’ve accrued a few extra stash tabs. Players who have not yet earned a total of five stash tabs via the Season Journey can still unlock an additional one by completing the following tasks at the Conqueror tier:

Speaking of Conquests, we’re rotating those, too! Returning for the Season of Greed is Avarice and Avarita, where every gold piece you find will count! Speed Demon and Need for Speed will ask you to kick it into full gear in your Nephalem Rift runs. On a Good Day and I Can’t Stop will congratulate high ranking Legendary Gems. Finally, for the solo crowd, Divinity and Lionhearted will ask you to climb Greater Rift heights by your lonesome, while Years of War and Dynasty challenge your game mastery of at least six classes.

Finally, just as before, you’ll get a shiny new Class Set courtesy of Haedrig’s Gift for completing certain chapters in the Season Journey. We’ve listed the available Sets below. For those new to Seasons, here’s how it works:

Completing Chapters 2, 3, and 4 of the Season Journey will reward you with three Haedrig’s Gifts. Each Gift contains a few pieces from one of your Class Sets. Players can only unlock one Class Set in this manner per Season across Hardcore and Non-Hardcore, so choose wisely!

The set you will receive depends on the Class of the character you’re playing when you open each Haedrig’s Gift. To collect a full Class Set, you’ll need to open all three on the same character.

Here are the sets granted by Haedrig’s Gift in Season 26: 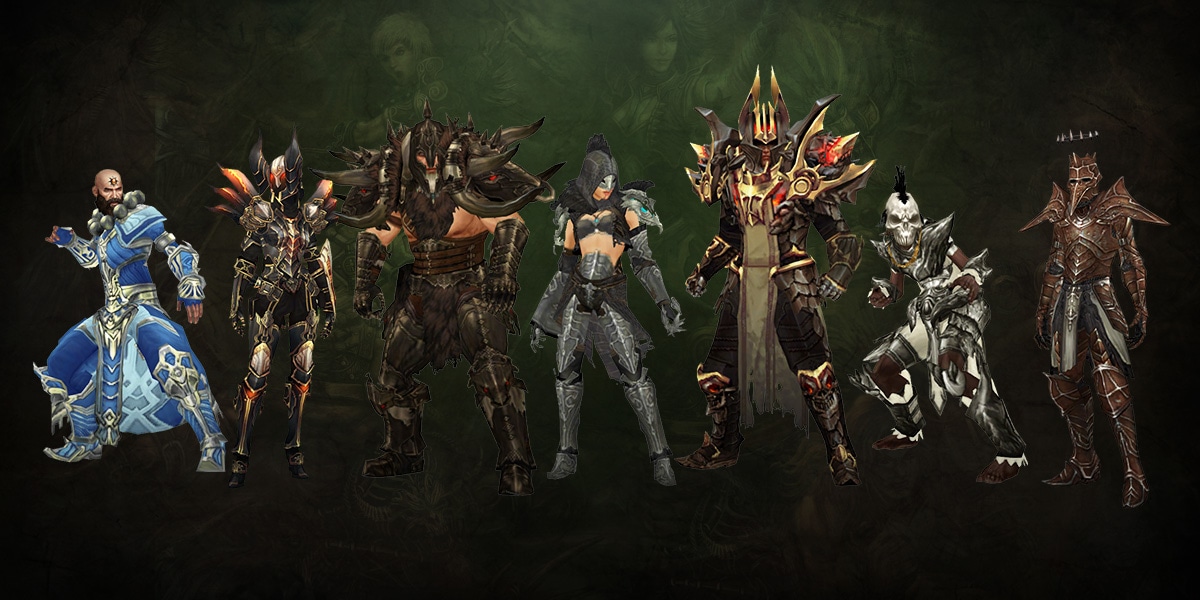 Once a new season for Diablo 3 is out, we’ll be sure to let our readers know.

Fortnite Down for PlayStation Gamers This April 12, Epic Aware of Issue