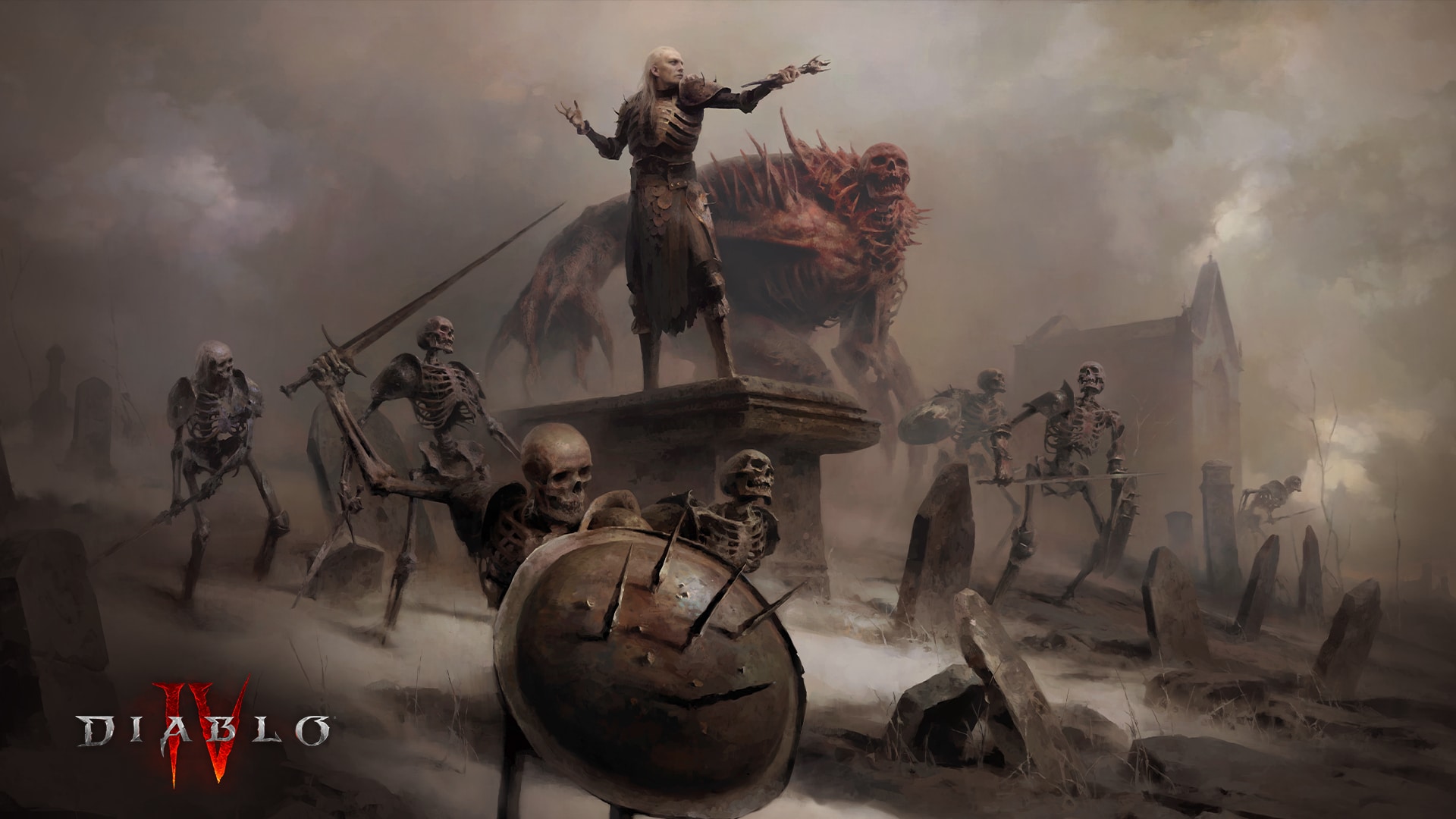 Aside from Overwatch 2’s release date, Blizzard Entertainment has also announced that Diablo 4’s release window is now locked in to 2023! There is no set release date yet, but the game is now confirmed to be coming to last-gen and next-gen platforms (PS5, Xbox Series X|S), and will offer cross-play and cross-progression enabled on all platforms!

In addition to that, the Necromancer class is confirmed to be coming back, and there’s a new cinematic trailer for it alongside an early gameplay look!

Here’s the announcement from Blizzard regarding the Necromancer:

Joining the battle alongside iconic classes Barbarian, Sorceress, Rogue, and Druid is the legendary Necromancer, the fifth playable character class, which returns with newly designed undead mechanics. Players will be able to utilize the Necromancer’s Book of the Dead, an all-new ability for the class, allowing them to dominate the battlefield with deeper customization of their undead army than ever before. Fight with aggressive skeleton Warriors, fast-attacking Skirmishers, sword and board Defenders, or scythe-wielding Reapers. Unleash a litany of spells with Skeleton Mages, imbuing them with shadow, cold, and sacrificial magics. Deploy tanking Bone Golems, health-stealing Blood Golems, and charging Iron Golems. Or sacrifice them all to absorb their power.

In addition to that, Blizzard has also shared details on Diablo 4’s endgame called “Nightmare Dungeons.” According to the studio, players can choose to progress in whatever non-linear way they want to, and this open-ended experience extends to the endgame! There’s also dedicated PvP zones, Paragon Boards that will let players continue advancing and customizing their characters beyond max level, and the “Tree of Whispers” that will unlock further world objectives and bounties and Legendary gear!

Once we know the official release date for Diablo 4, we’ll let our readers know.

Ark 2 New Trailer Features Dinosaurs and Vin Diesel, Out in 2023

Hideo Kojima Confirms He Is Working With Xbox on a “Completely New Game,” Here’s the Full Announcement