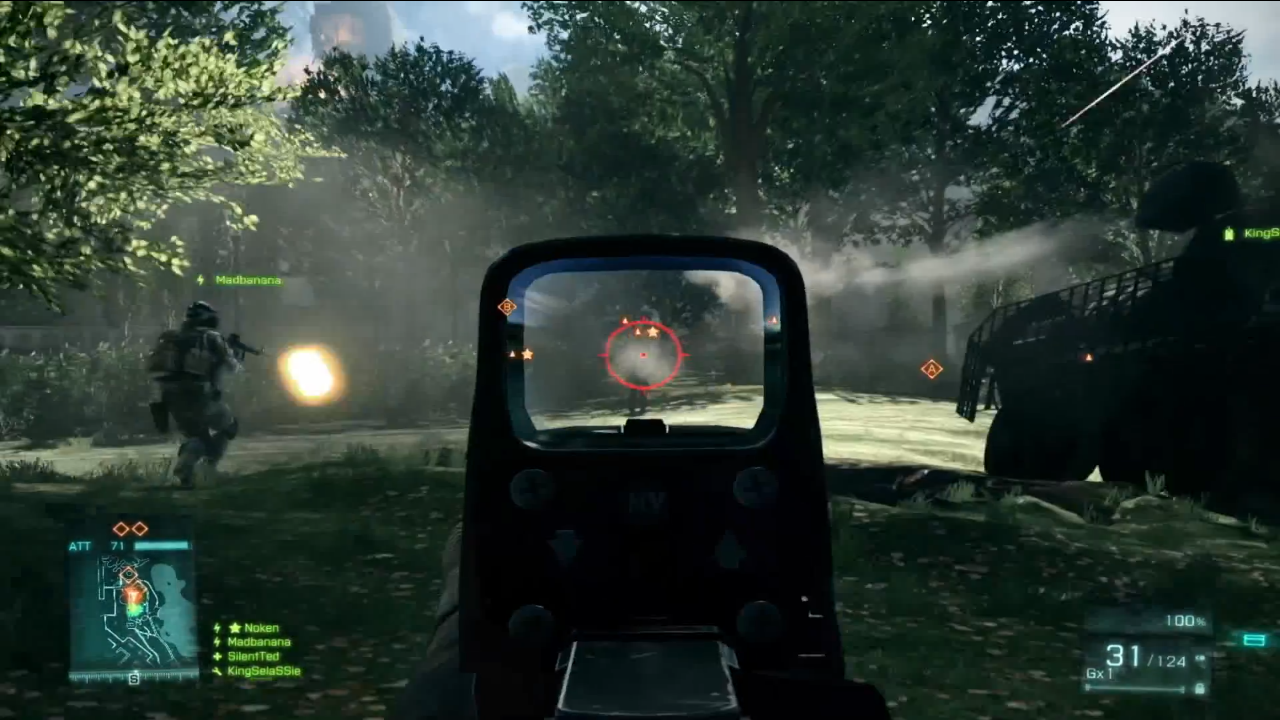 One issue many gamers have had with Battlefield: Bad Company 2 was regarding the 3D spotting. For many, it was a welcomed feature to the game, and a nice alternative to the 2D spotting seen in many other first-person-shooters. On the other hand, there were many cases of this technique being ‘spammed’ in a way that was unintentional for DICE developers. The problem lied in the fact that it was possible to spot enemies through bushes and trees. Essentially, players didn’t have to even see the enemy, in order to be able to spot them. This was another contributing factor that led to the infamy of the “bush wookie”. A video that you can view here nicely demonstrates the said problem with 3D spotting.

Of course, this had many worried that the problem will persist in Battlefield 3. Thankfully, a representative from EA has recently commented on the situation.

…3D spotting is still there. It’s been tweaked though – the 3d marker only shows up if you can actually see the person. (But the minimap marker will show either way.) So no more sitting in a bush and blindly shooting at the glowing tortilla chips for free kills.

So there you have it. DICE is looking into the problem, and apparently has a fix for it. We’ll see it in action October 25th.

Write in the comments below! Do you agree with 3D spotting? Should it be changed to 2D?

Stay tuned for the latest Battlefield 3 multiplayer info here on your multiplayer source, MP1st.com. Don’t forget to follow us on Twitter.