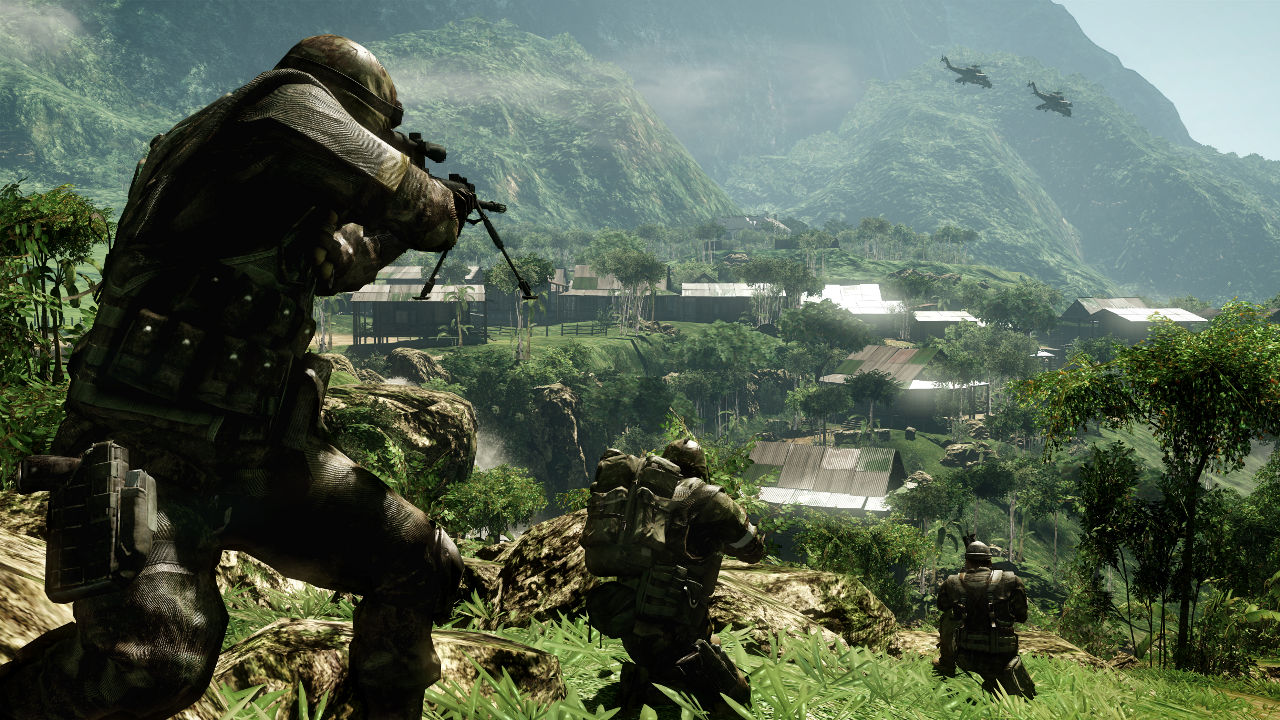 DICE Ponders What Made Bad Company So Iconic, But We Already Know

From console-exclusive to multi-platform sequel, Battlefield: Bad Company 2 and the Bad Company series in general is regarded by many as some of the best titles in the entire Battlefield franchise, but developer Digital Illusions CE wonders, ‘Why?’

“…there’s one thing that lingers with Bad Company that we’ve been asking ourselves: what is it that the people really liked about Bad Company?” DICE head Karl-Magnus Troedsson recently told Eurogamer.

Before EA and Visceral arrived on the scene with their cops and criminals-themed shooter Battlefield Hardline earlier this month, many gamers anticipated the return of the quirky and more light-hearted spin-off series to return with Battlefield: Bad Company 3. DICE knows this, but it sounds like no solid plan is in place to bring the beloved series back just yet.

Troedsson continued, speculating on some of the selling points for the series: “Some people say they found the multiplayer controls faster and more direct, some people liked the single-player and the characters and the humor. People love different things about it. It’s starting to almost get to that place where, if we were to make a sequel to Bad Company, what would than even imply?”

Going on, he said that “It’s scary to go back and try to remake an old fan favorite when actually no-one can really put their finger on what it is people love. Bringing back the characters and creating a great single-player out of that, sure, I can understand that,” he explained.

“But some people say this: the Bad Company 2 multiplayer is the best you’ve ever done. Okay, why is that? It’s hard for people to articulate what that is, which is actually hard for us. It would be hard to remake something like that. Can we do it? Of course. We have our theories when it comes to the multiplayer.”

And so do we! DICE, if you’re really looking for some advice, we might have just the thing. Late last year, we described “5 Things That Made Battlefield: Bad Company 2 So Iconic.” So if you’re out on ideas, we recommend giving that a read.

Some of our points included more destruction, simplicity, memorable Conquest- and Rush-only maps, goofy character design, and over-the-top sound effects, among other things. So, tell us in the comments, what did you like about Bad Company? Maybe we can put together a nice letter to send off to Mr. Troedsson.

For more Bad Company news, Battlefield coverage, and all things multiplayer, be sure to keep your sights on MP1st.