Those wondering why DICE hasn’t flipped the switch on some sweet Battlefield 5 double XP goodness now that a lot of people are stuck at home, it seems it’s a tech issue and not just the studio not wanting to do it.

This was revealed by DICE Community Manager Jeff Braddock over on the Battlefield 5 subreddit when a fan asked exactly that, and why there are no community events happening as of the moment. 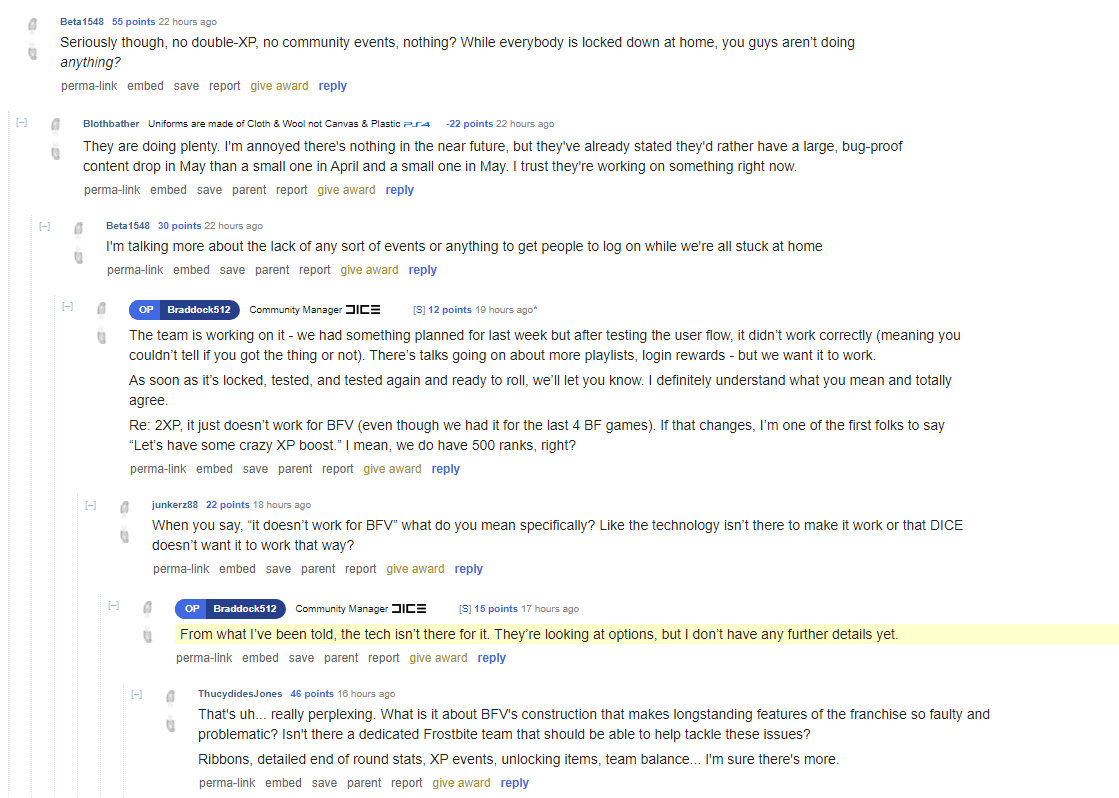 Well, the good news here is, something Battlefield 5-related is planned, which means added incentive to play Battlefield 5, just don’t expect any XP boosts. In case you want to read Braddock’s answers, we’ve quoted them down in text form below.

The team is working on it – we had something planned for last week but after testing the user flow, it didn’t work correctly (meaning you couldn’t tell if you got the thing or not). There’s talks going on about more playlists, login rewards – but we want it to work.

As soon as it’s locked, tested, and tested again and ready to roll, we’ll let you know. I definitely understand what you mean and totally agree.

Re: 2XP, it just doesn’t work for BFV (even though we had it for the last 4 BF