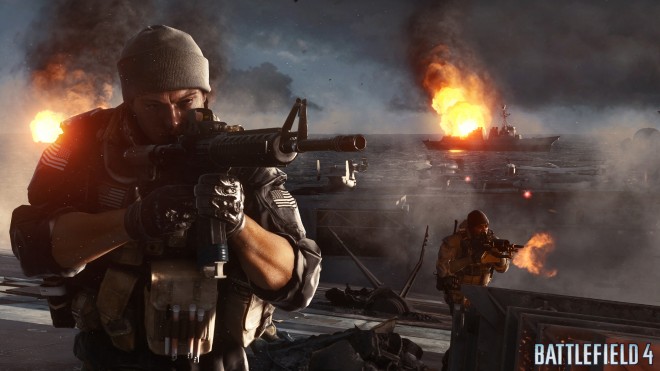 Suppression, a gameplay mechanic that developer DICE introduced to the Battlefield series in Battlefield 3 and Battlefield 4 that heavily affects in-game fire fights, has always been a hot topic among the Battlefield community. Should it stay or should it go? Is its influence over the outcome of gun fights positive or negative?

According to tests now being run on Battlefield 4’s Community Test Environment, DICE has heard your feedback and is now making a few tweaks to the way suppression works. It’s still in its experimental stages, so none of the current attributes are final, but it sounds like they’re on the right track. What does it mean for anyone not participating in the CTE? You can rest assured that, at last, the studio is shaking things up to hopefully provide a better experience in both Battlefield 4 and Visceral Games’ upcoming Battlefield Hardline, and that you may see the results applied in a near-future patch.

Battlefield 4 YouTube personality XfactorGaming explains and demonstrates how suppression has changed in the video above.

In the notes provided by a DICE developer, the adjustments to recoil is “the first of many changes coming to suppression,” while the intention “is to get suppression feeling more even across the game.”

“I understand that flinching is the is the biggest problem here and adds lots of imbalance to scoped weapons, so hopefully we can address that soon.”

What are your thoughts on suppression in Battlefield so far? Love it, hate it, or does it only require a few adjustments before it’s just right?

Scuf One Xbox One Controller Review