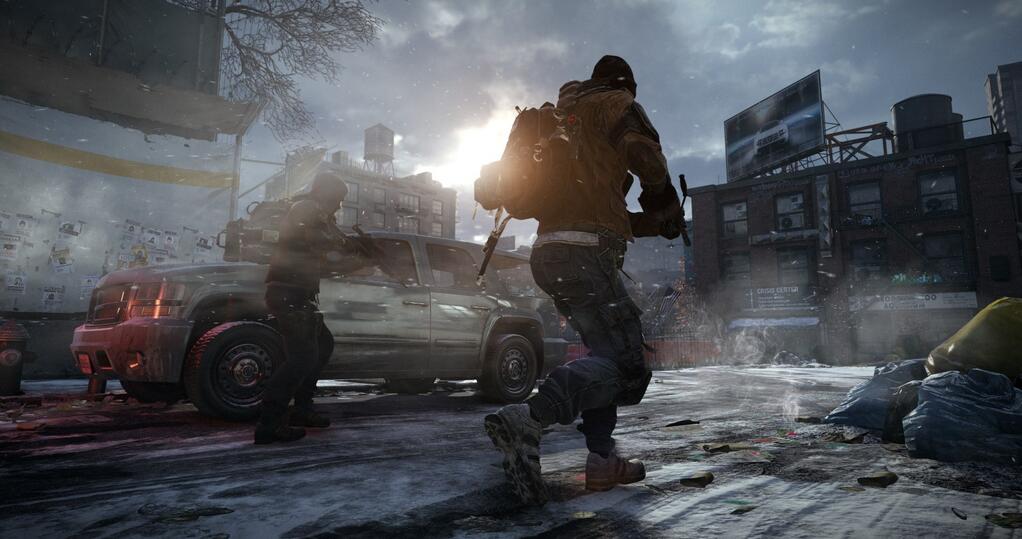 In The Division, both weather and destruction elements will play a role in the game’s third-person combative engagements.

Clear mid-day skies or stormy dark weather, time of day and forecast will affect how AI-controlled enemies perceive you.

Director Ryan Barnard explains the scenario: “Say it’s early morning and it’s clear. You’re in an area with enemies – I don’t
want to go into calling them NPCs but enemies – and you have to be really careful as you’re moving through the streets if you don’t want to alert them to your presence because they can detect you and hear you much further away.

“But during a snowstorm, for example, a big weather system has come up and you can move through the area [freely] and get much closer [undetected]. It changes the tactics and the movement speed you have, and you have to learn how to deal with the environment.”

Though you won’t see any Battlefield-level destruction events, cover and other objects do react to small arms fire, just as they would in real life.

“You won’t be able to destroy everything in the game: that would be great but it’s not really feasible production-wise,” explains Barnard. “It makes people cry.”

“We’re a Clancy RPG, so tactical combat is important and at our core we’re a cover based combat game. So covers will all be destructible either from a small bit to being completely destroyed.”