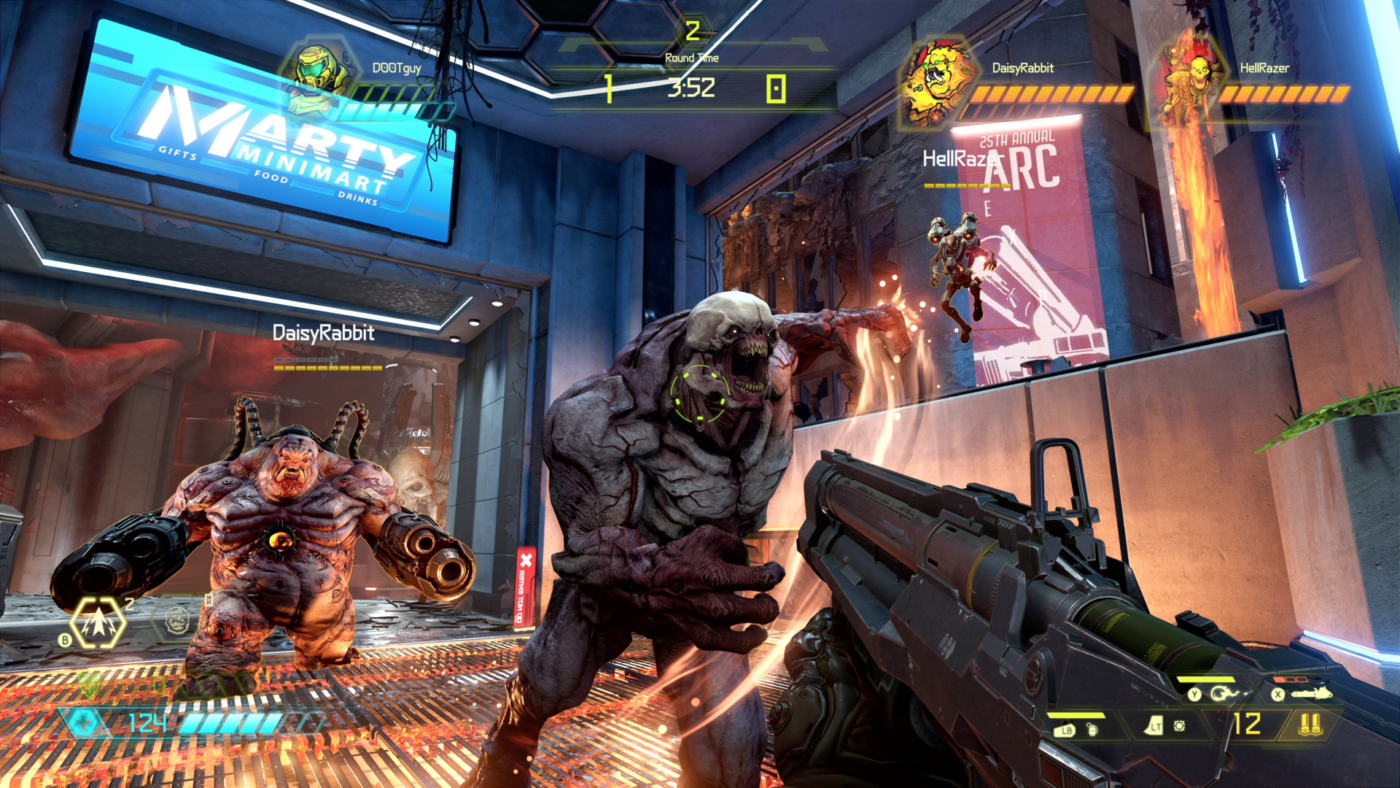 DOOM: Eternal’s Battlemode arenas and demons received new details from Bethesda at Quakecon this year and a new trailer. Battlemode finds two players in control of the various demons featured in the single-player portion of the game as they try to stop another user in control of the DOOM slayer. The competitive mode was first announced at E3 2019 during Bethesda’s conference.

The DOOM Slayer, a well-oiled demon shredding machine, steps into the treacherous arena against a team of two player-controlled demons. His foes command the forces of Hell itself, not to mention a few nasty tricks of their own. Which side will reign victorious? In BATTLEMODE, each round is decided in a clash between the Slayer’s raw skill and the demons’ cunning strategy

Executive Producer Mary Stratton and Creative Director Hugo Martin went into detail about the PvP mode during the keynote address, revealing that Battlemode was developed alongside the campaign. Players can choose up to five demons with different abilities, such as the popular Revenant , who can fly across the arena with its jets and unleash a volley of rockets in a special attack.

DOOM: Eternal launches on Nov. 22, 2019 on Xbox One, PS4, Nintendo Switch, PC, and Google Stadia. Players who pre-order the game receive the Rip and Tear pack,  granting the DOOT Revenant skin for Battlemode.