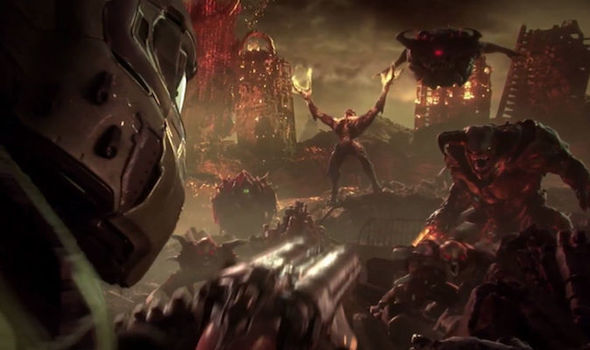 Those who prefer their first-person games gory, violent and brutal, you’re in luck! Today, during Quake-Con, Bethesda has revealed our first look at DOOM Eternal gameplay!

Clocking in at 15 minutes (official gameplay footage starts at around the four-minute mark in the video), the DOOM Eternal gameplay shown fits right at home in the franchise given its brutality.

With a redesigned set of armor, and an arsenal of new equipment, your fight against the onslaught of Hell continues. Take on twice as many demons in DOOM Eternal, including fan favorites from classic DOOM titles like the Archvile, Pain Elemental, and the Arachnotron. In our reveal gameplay presentation, we show off Hell on Earth and Phobos, two of many vastly diverse worlds that you’ll visit in DOOM Eternal. Watch as the DOOM Slayer uses his signature weapons and powerful new tools, including the Super Shotgun’s new Meat Hook mod, the brutal new extendable blade, and his shoulder-mounted cannon with flamethrower for devastating blows toward his enemies.

DOOM Eternal will launch this 2019 for the PS4, Xbox One, PC and Nintendo Switch.