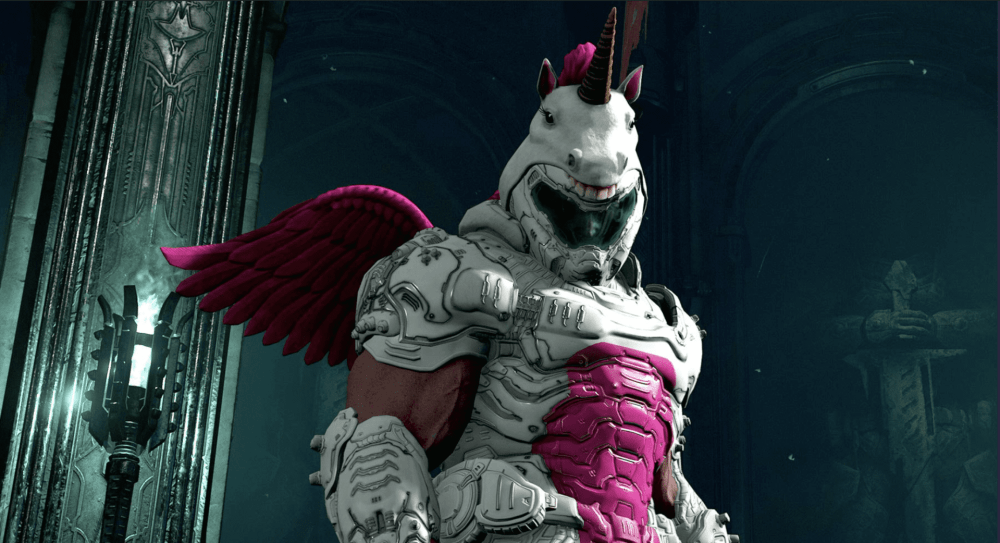 It appears that the folks at Bethesda and id Software have doubled back on what they previously said about microtransactions in DOOM Eternal, as reports have now confirmed  that there are some DOOM Eternal paid DLC skins via cosmetic packs  have been released — despite assurances there wouldn’t be any.

Released yesterday on Steam, Xbox, and PlayStation, there are now two packs of skin DLC that players can purchase — namely the DOOMicorn Master Collection Cosmetic Pack and the Series One Cosmetic Pack — which you can check details below.

Missed out on the Twitch exclusive DOOMicorn Master Collection? Get it now and become Hell’s worst night-mare with new Slayer skins, podiums, animations and a new player icon and nameplate. Gallop into DOOM Eternal’s epic campaign and BATTLEMODE to put your enemies out to pasture in style or strike a pose in the campaign’s Photo Mode.

“Missed out on DOOM Eternal’s Series One event? Grab over 12 cosmetic items, including all the character and weapon skins, custom animations, and player icons and nameplates. Fight the hordes of Hell in style in DOOM Eternal’s epic campaign and BATTLEMODE, or show off your player and weapons skins in the campaign’s Photo Mode.

To touch a bit more on these, all these DLC were at some point free for users to either earn through leveling up in the Series 1 event, or through a Twitch drop (DOOMicorn). Even still, despite them now being rotated out of the unlockable pool this does beg to question if Bethesda plans on releasing more skins that are no longer obtainable in the future. The chance to earn them may have already passed, but seeing that they did say the game wouldn’t feature microtransactions, it’s a bit surprising (or not) to see them go back on that. Only time will tell if this becomes a common trend with Doom Eternal.