Dota 2: If Your Team Sucks, You Suck Too

If you’re into Esports you probably know what Dota 2 is, but for the faint chance you came here without knowing, let’s introduce the game to you.

Dota 2 is a multiplayer online battle arena (MOBA), a real-time strategy game in which you control a character and battle other players in teams. Usually what you need to do is to destroy some structure that is defended by the other team. In Dota 2 you have to destroy a large structured called “Ancient” that is opponents base.

Your character is called a “Hero” and it can be either a “carry” or “support” character. Carries become more powerful as the match progresses and then can lead your team to victory. Supporters are there to assist other carries.

Although characters can be divided into those two roles, they have specific skills that make them unique. As of June 2018, there were 115 different heroes to choose from in Dota 2, each one with their quirks!

Dota 2 works in the same framework as MOBA games: you have a map where two teams battle each other. This map has three lanes where the action takes place. Your strategy should be worked out according to which kind of characters work best for certain lanes in certain conditions. 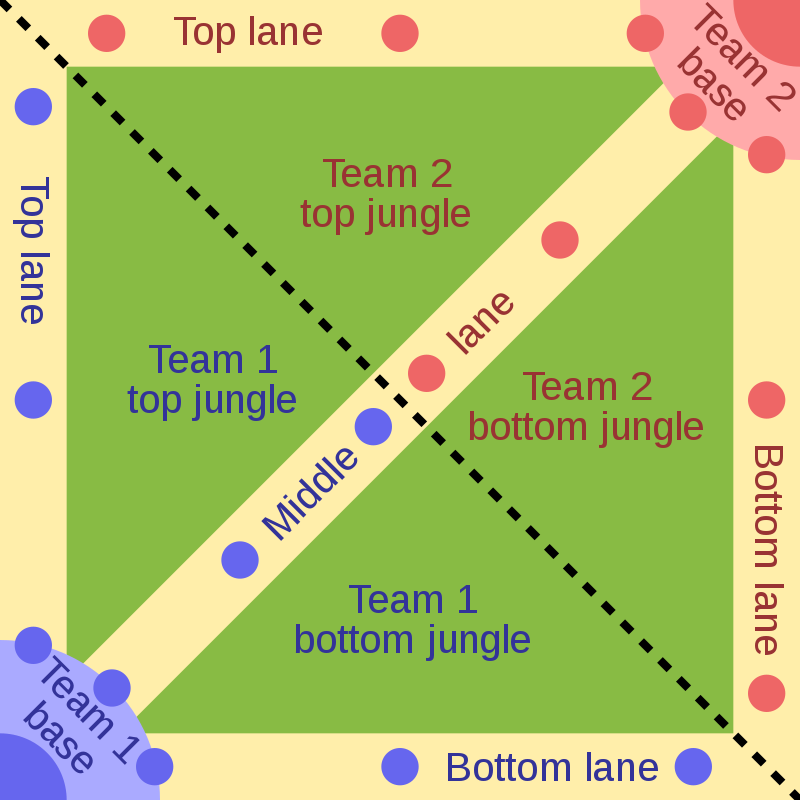 It sounds simple, but it’s not. Dota 2 is a highly complex game that requires time and has a steep learning curve that sets off new players. You can play for fun, but if you want to develop your skills in the game you need to take it a bit more serious than other casual games.

The importance of teamwork cannot be underestimated in Dota 2. To see what I mean by that check the journey of OG, the winners of The International, the most important competition in Dota 2 in the world. Their philosophy of teamwork led them to be champions when against all odds.

The skill level of each player is determined by a system called Matchmaking Rating, often abbreviated ‘MMR’. This value is used to place players within the same range level of skill to battle, avoiding unbalanced matches. So as you make progress and raise your MMR you will face tougher opponents.

But, the thing is, when you’re a low-level player it doesn’t matter that much if your team sucks because probably everyone sucks at the same rate. As you progress in the game your team skills as a whole start matter as much as each player’s skills. There will be a point where you might be playing your A-game, but if your team is not up to the challenge, your match is going to be a mess.

So it is only natural that to become a team player you should develop good habits from the beginning! So if you’re a new player there is a comprehensive dota 2 beginner guide to help you cultivate a good teamwork mindset and get you ready to become a more competent player.

The mindset you should adopt at this point is “If my team sucks I suck too.” This empowers you with a leadership that is needed to get your game to the next level. Sure, there are toxic players everywhere, but due to the system if you behave well chances are you’ll end up with people who also behave well. So whenever you feel like you’re in a toxic environment, mute them and try to do your best. There isn’t much you can do.

But remember, at the end of the day, if you lose matches constantly, and keep on blaming your team, the problem might be your play! Check yourself whenever you feel you’re feeling like the fault is always on other players.