Following last week’s announcement that Dragon ball Xenoverse 2 would be getting an update after ages of not seeing any, Bandai Namco has released the Dragon Ball Xenoverse 2 update 1.24 August 26 patch! This adds a slew of content to the fighter at no extra cost.

Clocking in at 3GB on PS4, head on below for the new stuff in this title update.

Here’s what’s new via the PS4 update history for the game:

Over on Twitter, user DemonBoy also tweeted out what else seems to be coming with this update

I'm a little sad it isn't more, but this is already a pretty large update. I suppose

Finally, the fine folks over at Reddit uploaded a magazine scan of what’s coming in this update via the latest issue of V-Jump: 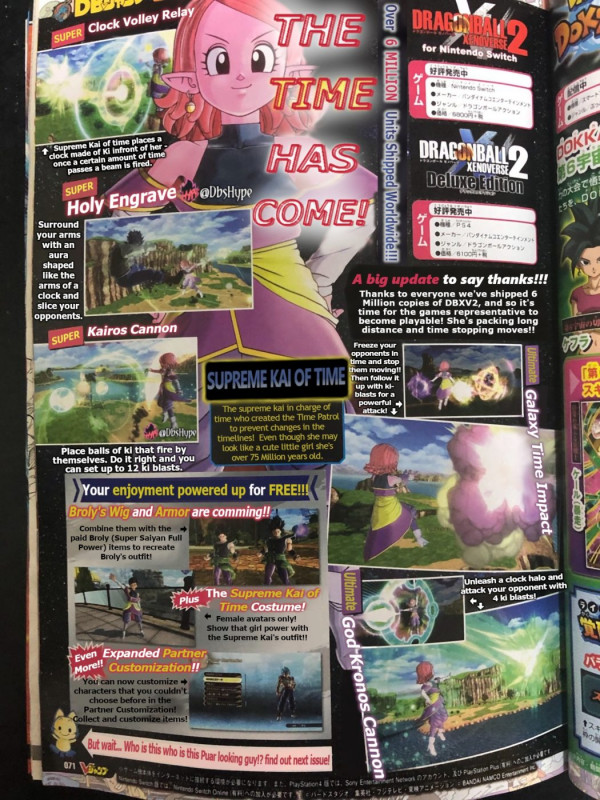 Not a bad update, no? Don’t expect another content drop this big next time however.