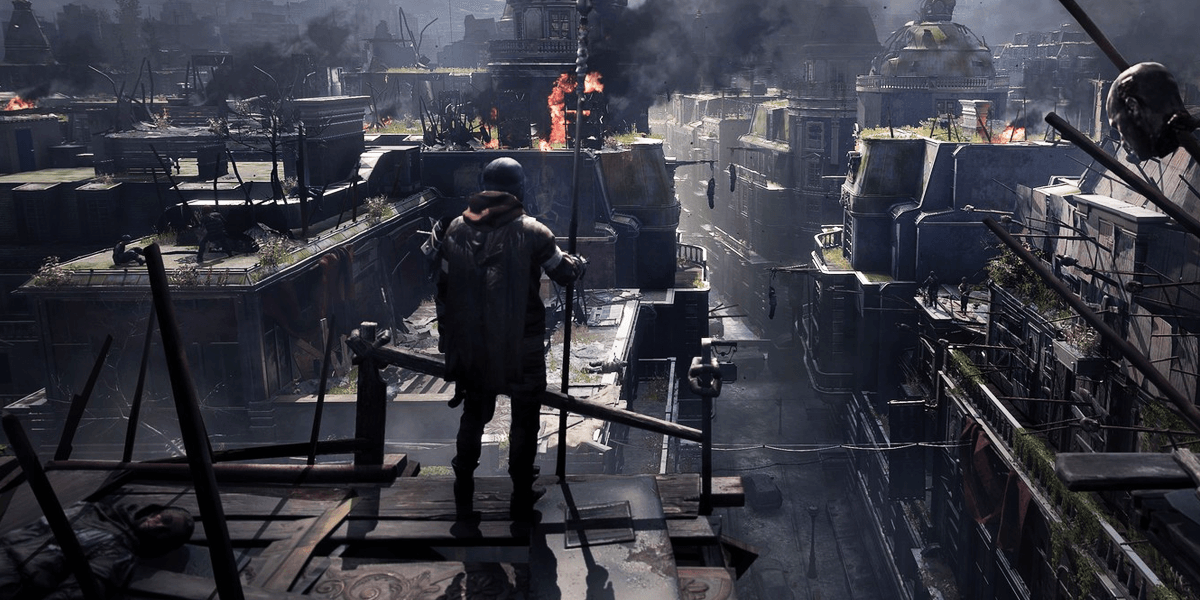 Techland takes the Internet’s burning questions about the upcoming survival, horror, action game, Dying Light 2 in their first episode of an “Ask Me Anything.” The eight-question revelations from Lead Game Designer Tymon Smektala include, most notably, that there will be no modern firearms that can be equipped in the game nor will there be drivable vehicles.

“It’s a World War, the civilization is destroyed,” said Smektala in the YouTube release of the episode. “It’s gone so actually no one is able to create, like, professional firearms.”

However, besides possessing bows and other ranged weapons, the closest thing to equipping a bullet-filled metal is through a handmade, craft-able shotgun. The shotgun can be equipped with the left hand, while also being able to equip a melee weapon on the right, making for unique combat combinations. The shotgun is not permanent and can be destroyed after multiple use.

Drivable vehicles will also be non-existent, solidifying the theme of a destroyed civilization, as travel and parkour will be the game’s main points of adventuring throughout a map that was mentioned to be twice as large.

Other features highlighted include a new design towards the game’s grappling hook that uses a motion that’s “more Tarzan” and “less Spider-Man.”


Last month, Techland released an update that assures fans of its process and continued development for Dying Light 2.