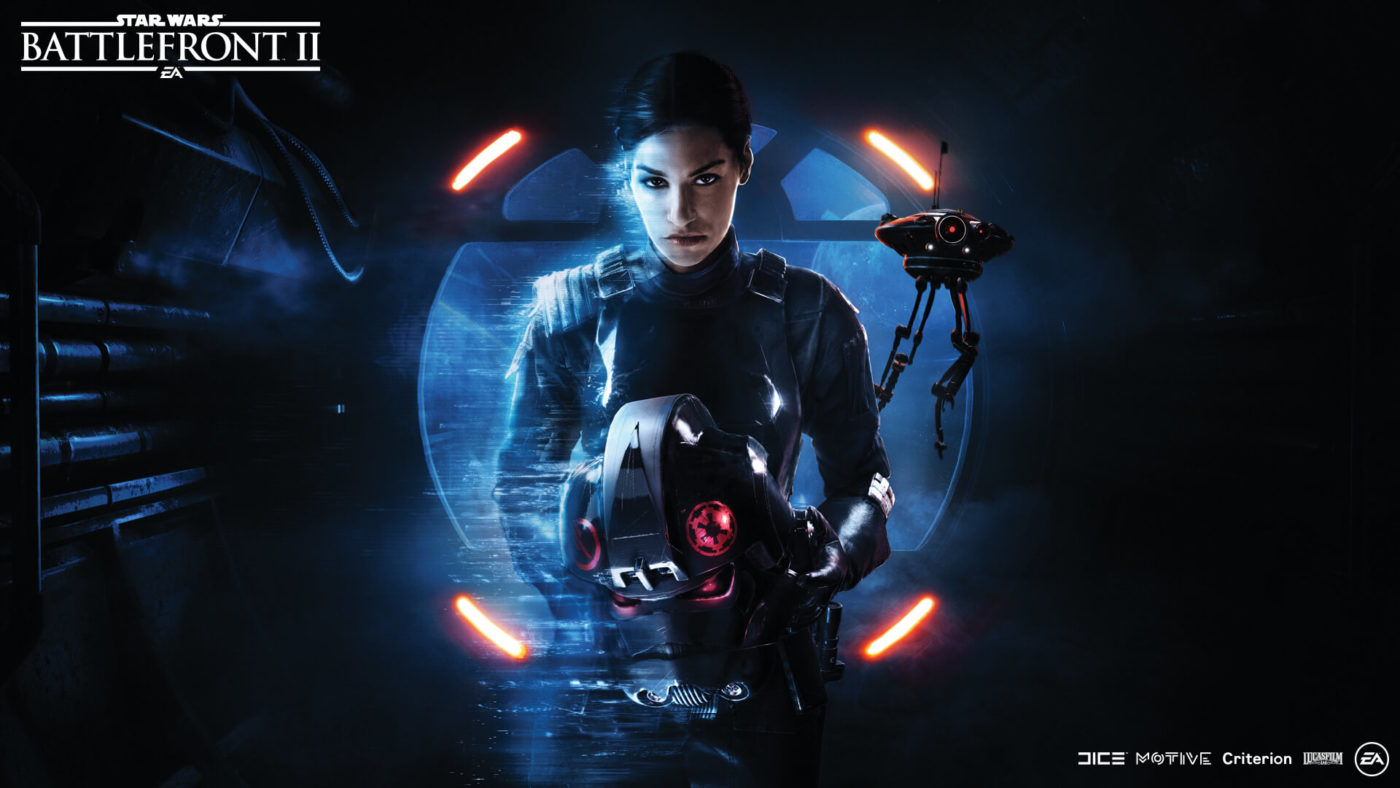 The Star Wars Battlefront II release date of November 17 is fast approaching. Unfortunately, during what should be an exciting launch week, there’s a big elephant in the room dampening spirits and causing friction between developers and the gaming community.

The loot box and microtransactions systems are still causing an uproar, despite the efforts of developer DICE, who have been tweaking the system and communicating as best they can.

Clearly, for a large part of the gaming community, that hasn’t been enough. Over on Reddit, EA attempted to explain the high cost of Heroes, saying that “the intent is to provide players with a sense of pride and accomplishment for unlocking different heroes.” 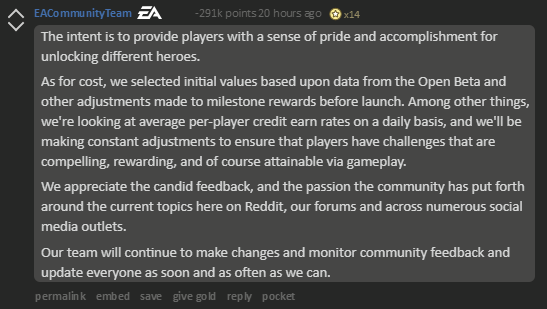 The intent is to provide players with a sense of pride and accomplishment for unlocking different heroes.

As for cost, we selected initial values based upon data from the Open Beta and other adjustments made to milestone rewards before launch. Among other things, we’re looking at average per-player credit earn rates on a daily basis, and we’ll be making constant adjustments to ensure that players have challenges that are compelling, rewarding, and of course attainable via gameplay.

We appreciate the candid feedback, and the passion the community has put forth around the current topics here on Reddit, our forums and across numerous social media outlets.

Our team will continue to make changes and monitor community feedback and update everyone as soon and as often as we can.

That response  now sits at -291,000 score, making it the most downvoted comment in Reddit history. Clearly the community wasn’t impressed!

Do you think EA’s response is worthy of the most downvoted comment? Or is the community overreacting? Let us know!

In other Star Wars Battlefront II news, get your free PS4 avatars here, check out this content roadmap of upcoming free DLC, and hear what this EA Influencer had to say about the loot box situation.