Here’s a rather interesting thought: What if a game could detect when a player is having connection issues and assist the player by improving it or pausing the game? Interesting? Well, it seems publisher EA has looked into it, so much so, that recent EA patents have surfaced and this one stood out to us front and center.

EA has filed a patent at the USPTO (United States Patent and Trademark Office) for “Client detection of game-state performance for triggering game assist” which was filed back in 2018, but only granted last week. In the description, it specifically mentions multiplayer. 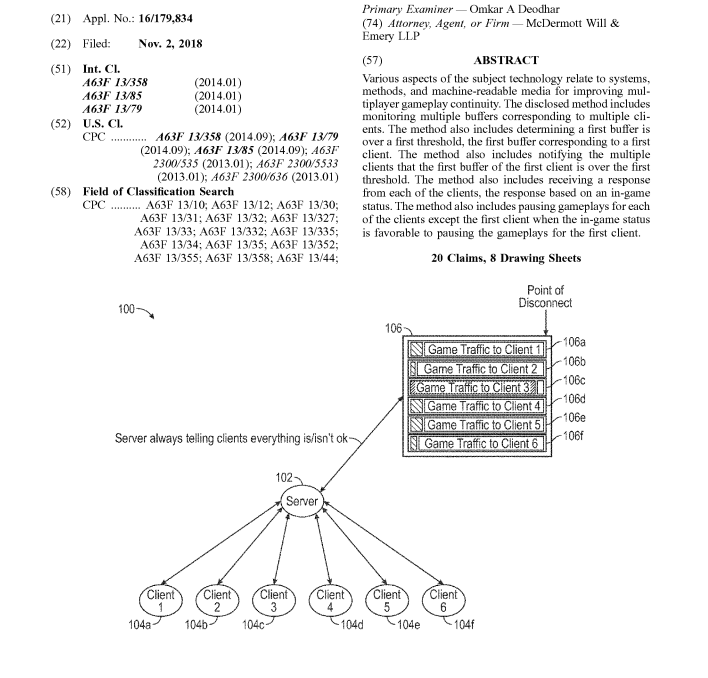 The last bit about pausing the client is really interesting. While we don’t expect to see this in any shooter, multiplayer titles such as MOBA, RTS, and strategy games may benefit from this feature.

EA has also filed a patent (via SegmentNext) at the USPTO on a “Seasonal Reward Distribution System,” wherein a Battle Pass will offer a non-linear path when it comes to rewards. So in effect, if you’re progressing in a Battle Pass, you’ll then be able to choose which path of rewards you’re most interested in and so on. 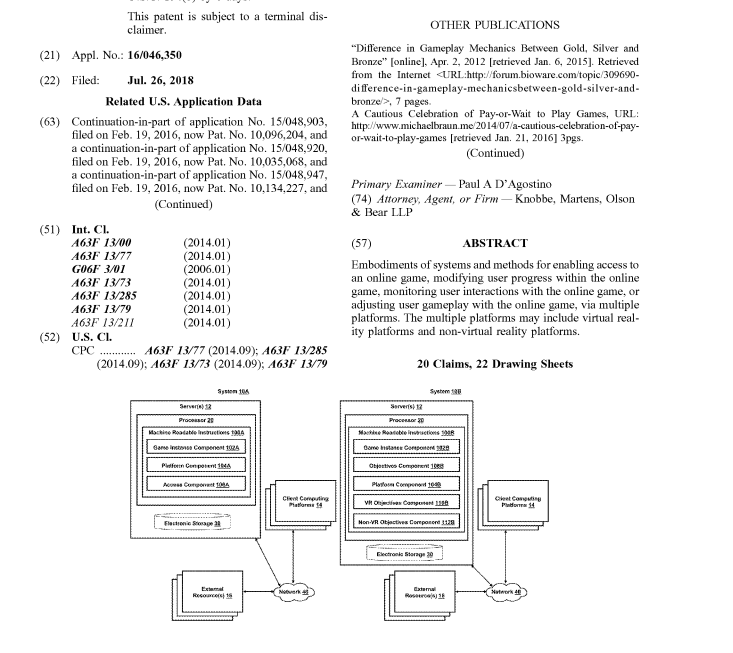 The present disclosure provides a video game based seasonal reward distribution system. The seasonal reward system can provide users with a non-linear map that allows the users to choose how to progress through the reward map when advancing or leveling up a virtual character or user account within the video game. The virtual map can provide a visual representation of a non-linear pathway or tracks that a user can follow based on how the user would like to proceed and what types of rewards the user prefers to unlock. The reward map provides a series of reward nodes connected by links, resulting in a plurality of pathways or tracks that a user can select during advancement within the video game. The user can select individual reward nodes when the virtual character levels up and progress along a pathway on the virtual map.

Now, this sounds a lot better than the first patent filed, no? I can see a non-linear Battle Pass doing well, though players might complain that the studio/publisher just give out everything instead of having them choose, though. Given the patent has only been granted last week, perhaps this is something EA will announce sometime this year or beyond?

Now before anyone panics regarding the multiplayer patent, remember that companies/studios file a lot of patents, and there’s no guarantee that they’ll implement them in games. That said, I’d really hope we don’t see it come to fruition since SBMM is enough of a drag as it is, no?

What do you make of these EA patents and do you think the publisher will somehow sneak game assist in for those not doing well so they’ll continue playing? Let us know your thoughts down below.