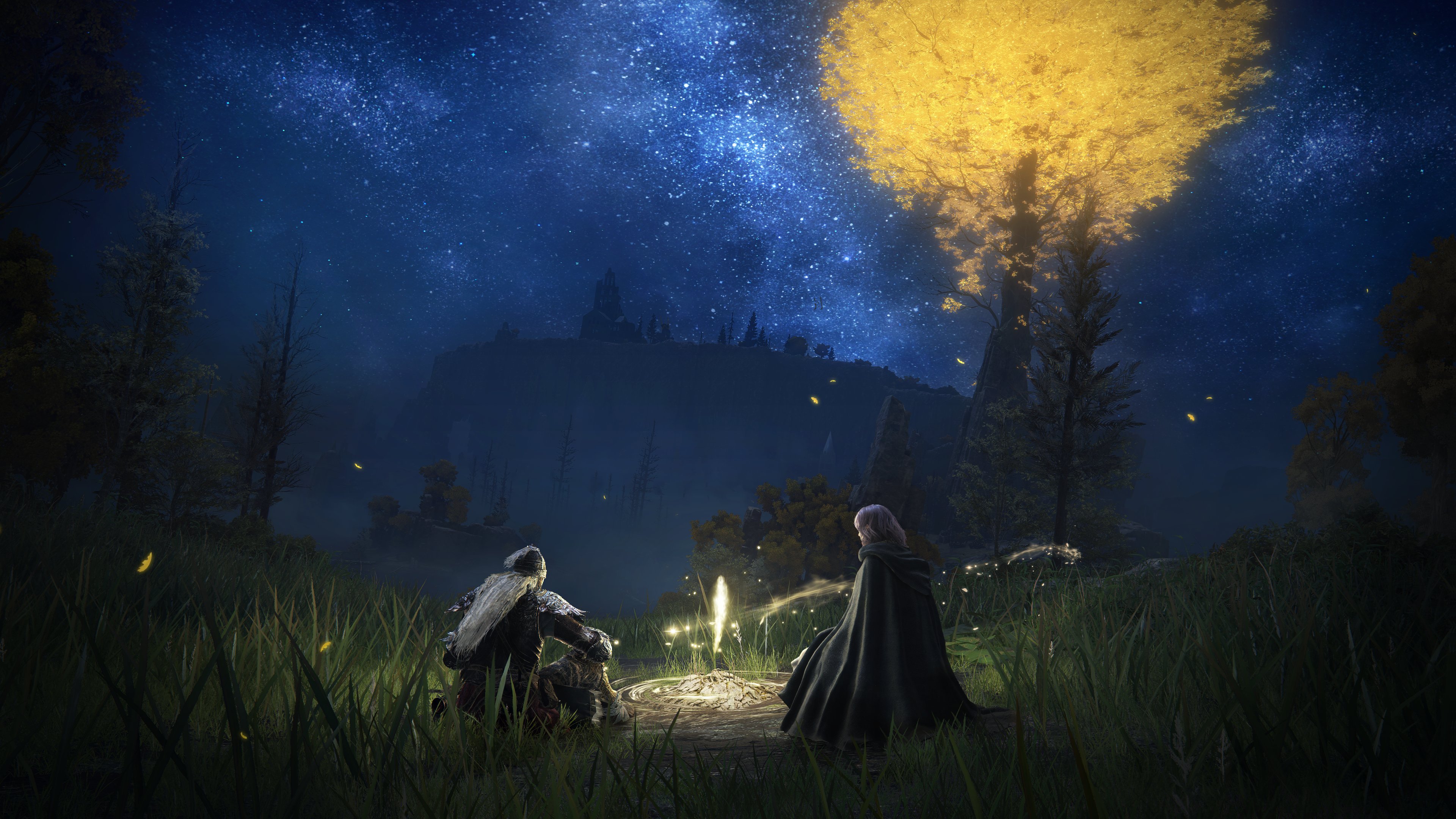 The release of FromSoftware’s newest title is nothing short of a massive success, as proven by the Elden Ring player count reaching a record peak of 764K players on PC via Steam, and reaching 908K viewers on the streaming platform Twitch. Given that the weekend is only coming in, it’s possible that the game will hit new highs, and we can check out more numbers on what could likely be FromSoftware’s most successful title to date below.

As noted by the numbers on SteamDB, Elden Ring reached a peak player count of 764,835 players since it launched. At the time of writing, the game has more than 600,000 players online on PC via Steam, which currently ranks second on the official rankings, behind the always popular CS: GO and newcomer Lost Ark.

SteamDB also has a built-in feature for Twitch viewers, and it shows that the game at its peak was being viewed by more than 900,000 people, which is an amazing feat for an action-adventure game. 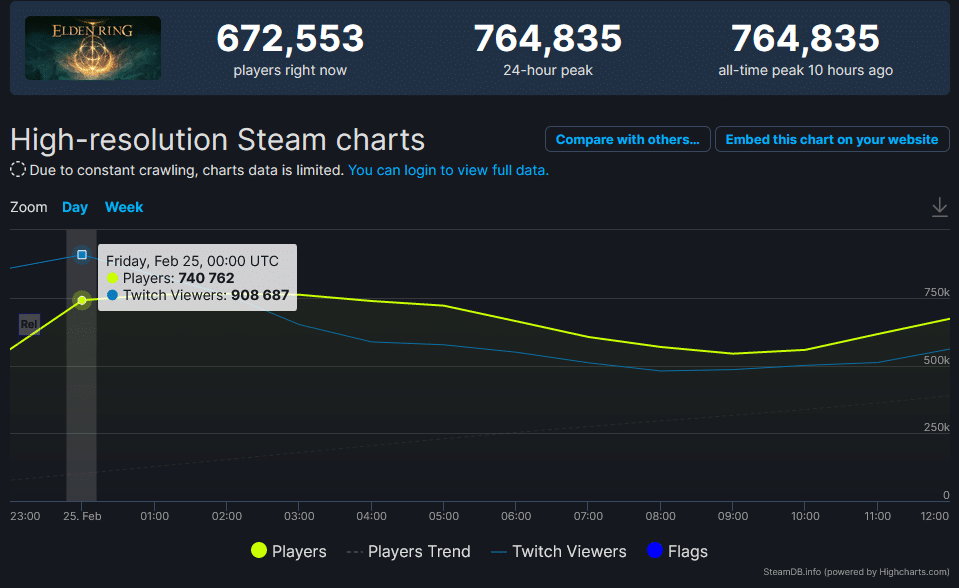 The numbers are a breathtaking new high from FromSoftware, the beloved developer of the Souls series. In comparison, their game with the highest player count before Elden Ring was Dark Souls 3, which at its peak boasted almost 130,000 players on Steam. Their last title before Elden Ring, Sekiro Shadows Die Twice, sits in third at 125,000.

Given that we are entering a weekend, it’s highly possible that the number of players will go up during Saturday and Sunday, in addition to more viewership on Twitch. These numbers should not surprise anyone in the slightest though, as the game seems to be one of the best games ever released this generation!

If you haven’t bought the game yet, or it’s not on your radar, check out our review here, where Sean wrote, “It’s remarkable how well From has managed to expand to a truly open world while keeping their core gameplay intact as well as building on top of it in one massive and impressively polished package. Elden Ring is clearly the culmination of FromSoftware’s past 13 years of experience and development philosophy of the souls franchise. Miyazaki and FromSoftware have crafted something so massive, special, wondrous and triumphant that it’s unfathomable how they can top it. Easily FromSoftware’s best game to date and a genuine masterpiece.”