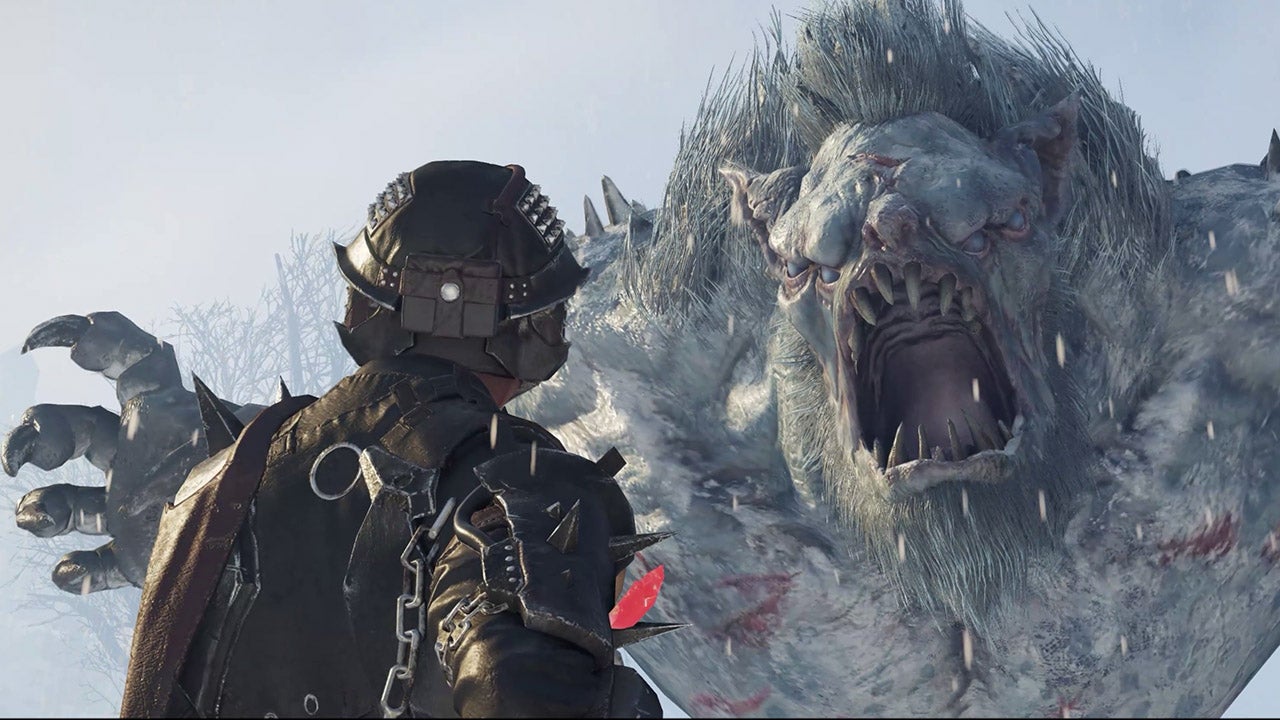 The role-playing game (RPG) genre has become synonymous with gaming in general. Nowadays there are elements of RPGs in almost any game being released, and every few months there’s a big-name action-RPGg or Japanese-RPG released to general acclaim. Skyrim has been released on every platform possible since its initial launch in 2011. Technology has made the genre capable of a depth people once only dreamed of with games like Disco Elysium. So where in this spectrum of one of video games’ core genres does the likes of Piranha Bytes’ newest game Elex 2 land? Is it worth your money or time? Will non-genre fans have a good time with it? Let’s talk about it.

When I first fired up the game and watched the opening cinematic it raised my interest. After the events of the first game, which I unfortunately haven’t gotten to play, the world has fallen into tribalism and the various groups see each other as enemies that need to be defeated or held at bay. We’re given a brief history of Magalon, this science-fantasy setting that takes place in what appears to be the distant future where Earth has experienced an apocalypse that was so severe that almost all knowledge of pre-disaster history has been lost. In the time since the titular substance, Elex, was discovered and has developed into a catch all for this new world. It’s the basis for technology, drugs, machines and even becomes a form of currency. Robots and drones exist right alongside wizards and spellcasters, known as Berserkers, one of the three major clans of Magalon (we’ll talk about this later). After the cinematic cutscene plays, another cutscene shows what has become of Jax, the protagonist of both the first game and this one. After successfully saving Magalon the first time he has decided to live the life of a hermit in an isolated cabin — a cabin that we see almost immediately destroyed when an alien spaceship landed on it. Jax is able to escape after a fight, but he is infected with Dark Elex, a new alien form of the miracle mineral. 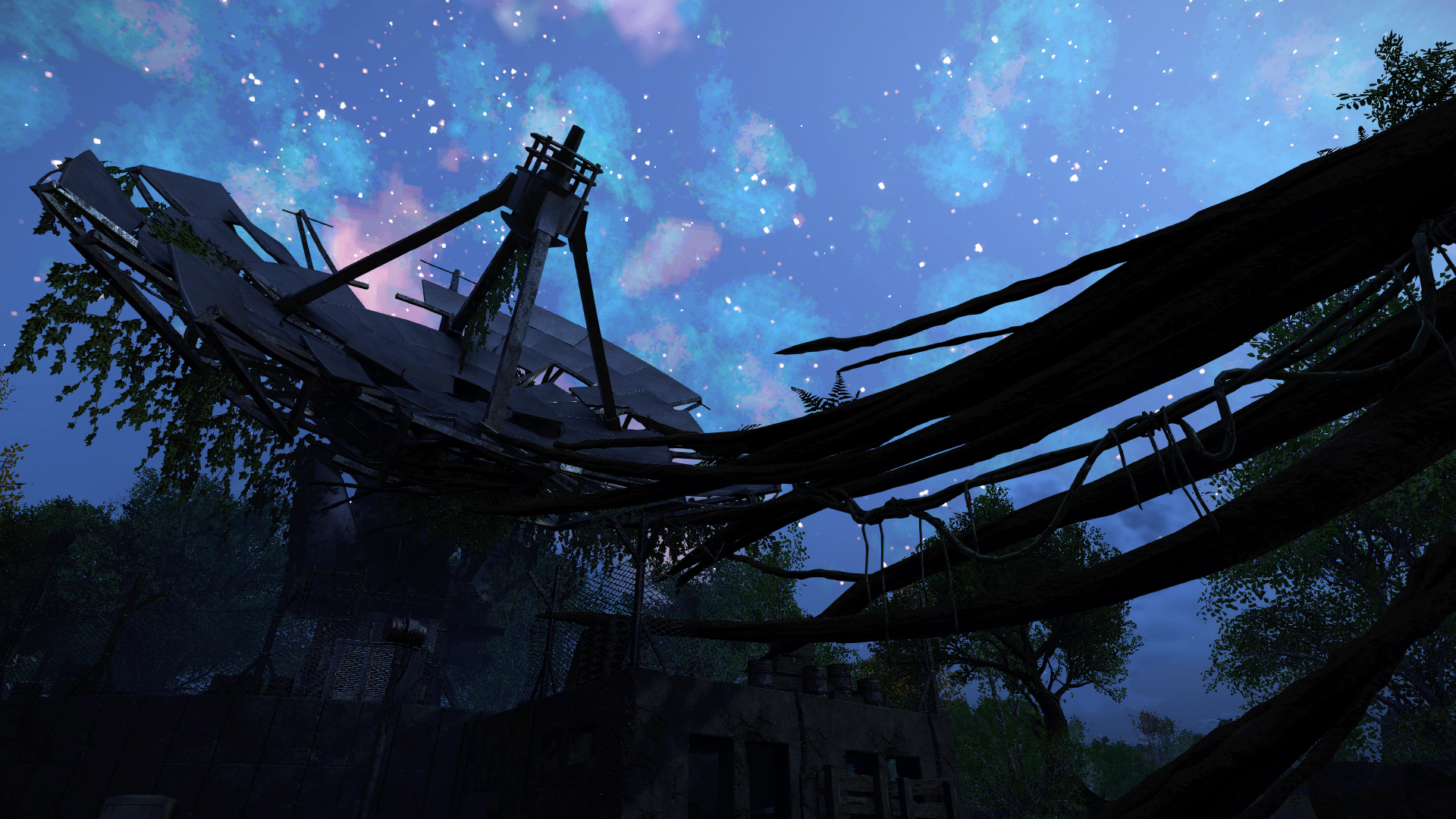 From there, the gameplay starts and I have got to be frank, the opening of this game is rough. In fact, I would go so far as to say (maybe) the first two full hours felt janky to an extreme. The graphics appear lopsided, with the environment and some of the animals looking great but the humans looking stiff and plastic-y. Initially the gameplay felt like an uninspired Skyrim clone, and if I hadn’t been playing for review I would probably have just written the whole experience off and played something else. But the story did intrigue me and the setting was interesting so I had hoped that something could come of this poor start, and good gracious, was I right.

As I continue to play, and the world opens, and I meet a few different characters, I find myself being able to see past the jankiness more and more. The story gets set up fairly quickly, after you pass out while running away from the aliens that destroyed your cabin, you pass out and wake up days later having been saved by an old man in a lab coat who tells you to meet him at a place called the Bastion. Along the way, I ran into some Berserkers and Jax’s ex-girlfriend with whom he has a son. I thought that I would dislike playing as a designed character rather than going through a character creator, but the team uses it to great effect. Jax has a history in this world. Characters remember him and have history with him. Your decisions and the roles you decide to play aren’t creating a new person who fits the “chosen stranger” archetype. You are deciding what kind of man Jax has become. How his experiences and his own internal dialogue has changed him.

There are certainly elements that fans of Bethesda’s RPGs will recognize, but this game also takes a lot of cues from much more traditional western RPGs like Baldur’s Gate and Fallout 1 and 2. I don’t invoke those titles without knowing all that is insinuated, and I don’t intend to imply that this game is among the genre-defining titles that are considered some of the best games of all-time. But I do see clear ways that those games inspired this one in very positive ways. 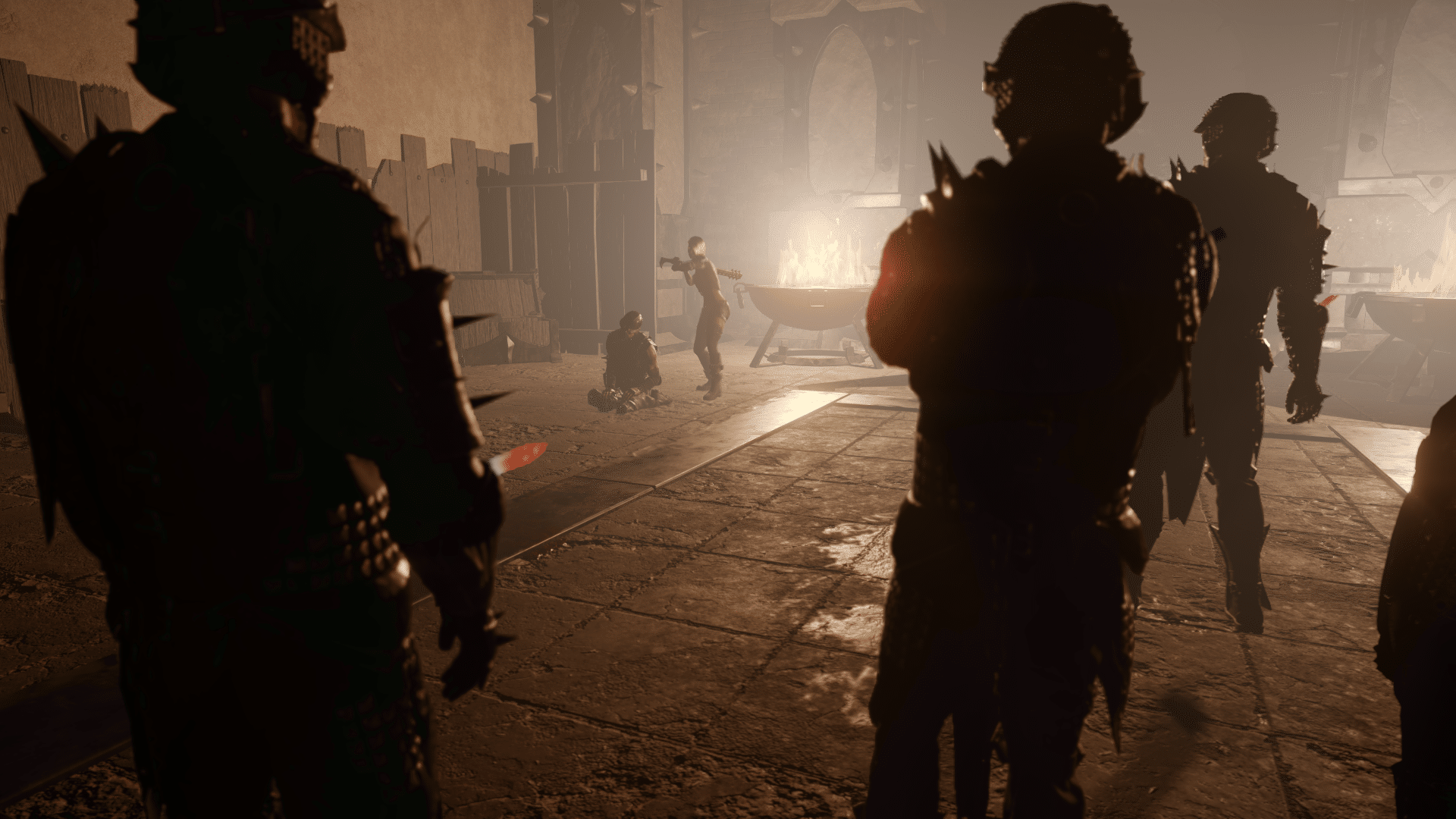 Max used to be a member of the Albs, but after the end of the first game he became an unaffiliated man. One of the first tasks you are given is to decide on a new allegiance and tribe to join for access to training and resources (each faction has a unique skill tree you can access to train in once you’re a member.) Completing all the tasks and following the story line required to join one of these factions can take hours and spawn off a dozen side quests in the meantime. But I never felt overwhelmed (moreso intrigued about the smaller intimate stories happening in the different bases). The voice acting and character animation aren’t the best anyone’s ever seen or heard, but the scripting is immersive and usually remembers who I have and haven’t spoken to before. There are five human factions in total, with three of them being large and two that are smaller. All of which are unique and interesting and Jax has a history with different members of all of them. It’s a solid foundation for the ins and outs of this second chapter of Jax’s story.

Ultimately, your goal in this quest is to unite members of these various factions to create a sixth power, and make a stand against the alien invaders. But like many games in this genre, the main quest to defeat the big baddies is not the most interesting part of this story, but it is a very serviceable Mcguffin to the various side quests and journeys you’ll find yourself on. 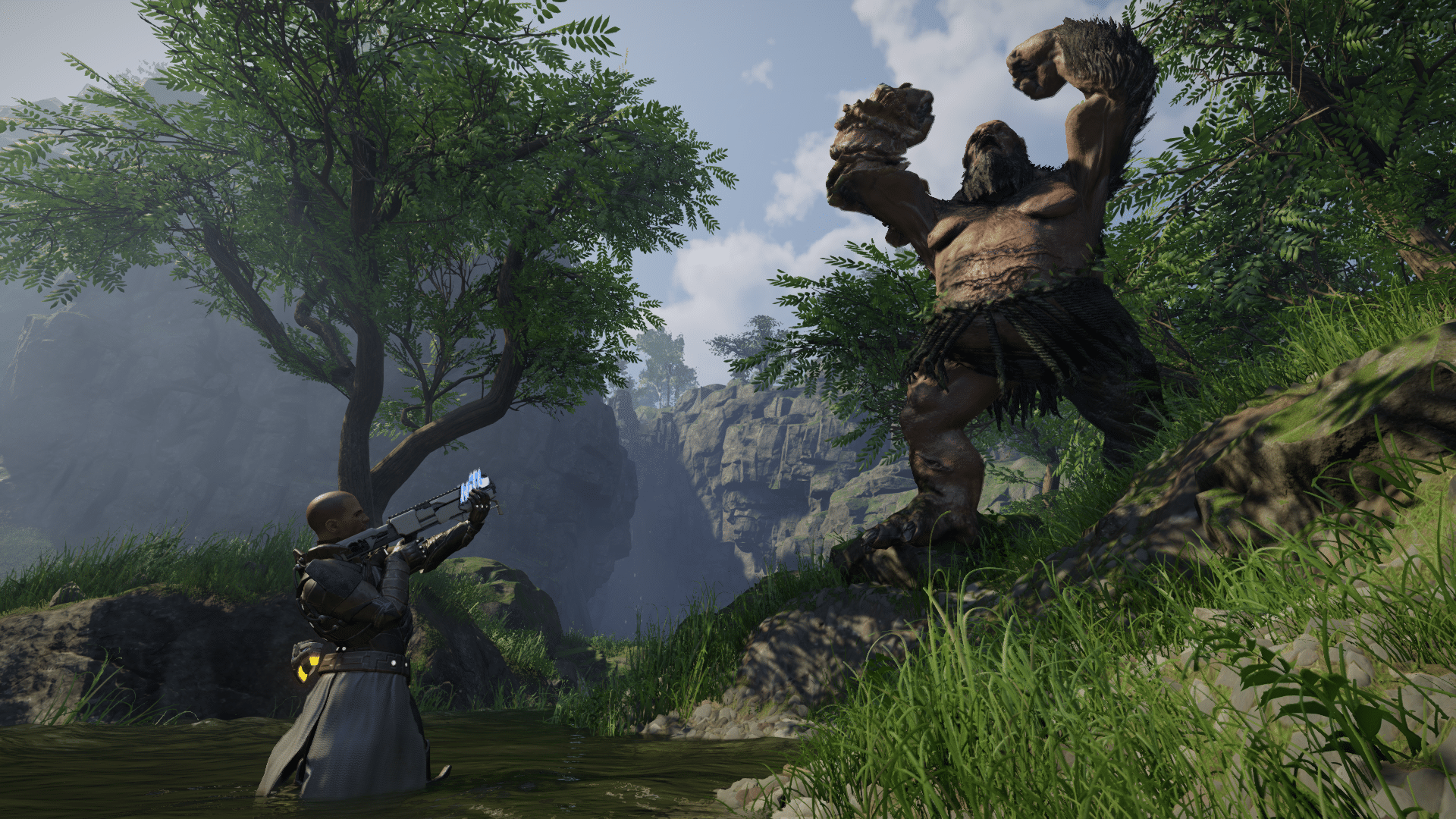 While the game very much grew on me, there are still things that show its nature as more of a budget experience. While the graphics and models other than the humans are solid (and some of the humans are better than others) the animation can occasionally be a little stiff, I experienced some glitches with the map and the mini-map is missing enough functionality that I found frustrating a number of times.

The music is very good but doesn’t always fit the mood of what’s happening. In general, there is a definite layer of jank that covers most of the experience. Though I will say that I have experienced games with bigger budgets that have had bigger issues, as I never had the game crash or break outright on me. 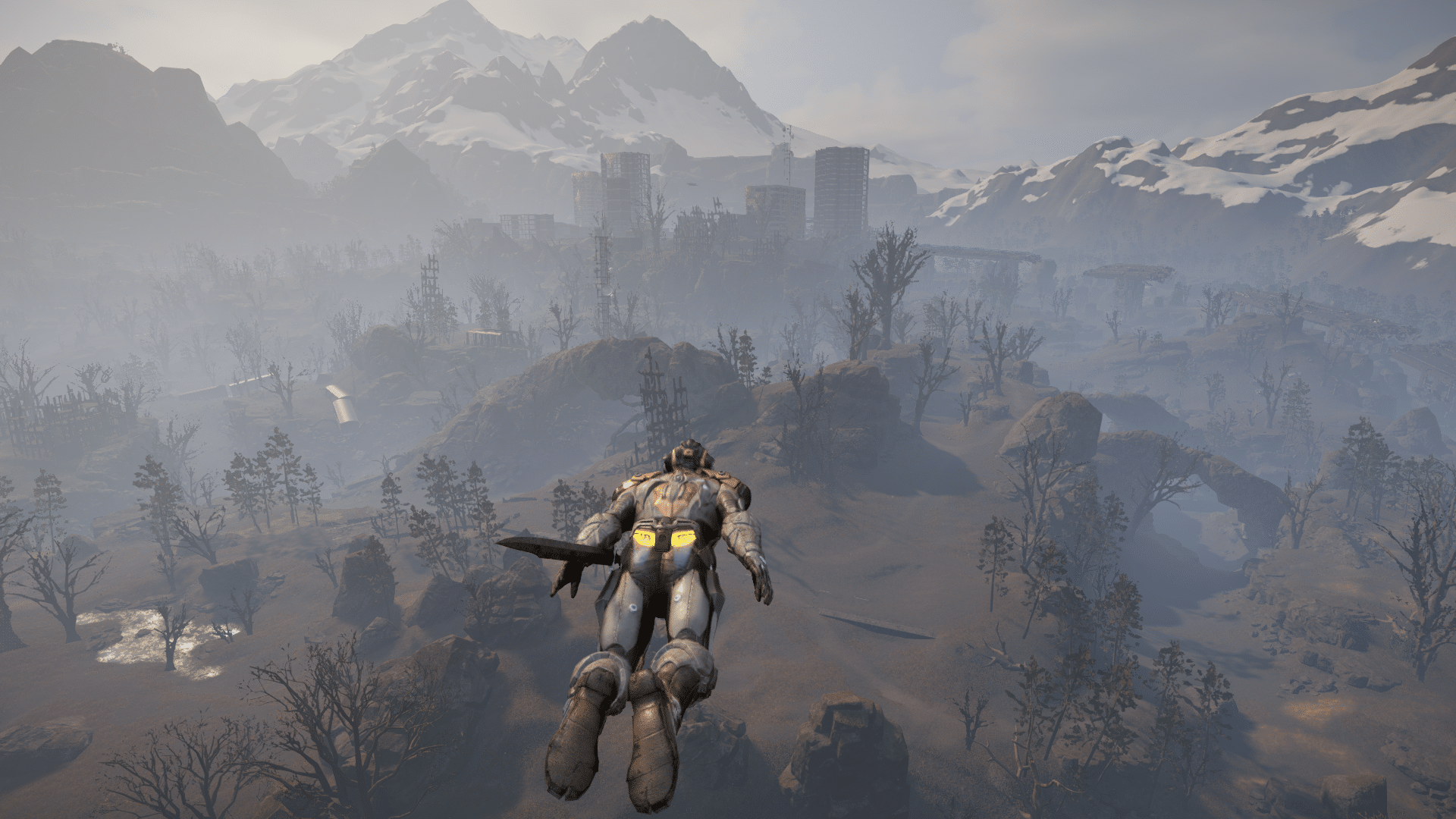 I’ve spent most of this review talking about the story and setting because I was impressed by them, but I don’t mean to insinuate that the combat or gameplay is lacking in any way. It blossomed on me too. It has a familiar feeling to other western action-RPGS, but it is a very good interpretation of those similarly-styled games. The jetpack in particular is a fantastic addition that I found myself rushing to upgrade as quickly as possible. Being able to zip around and fight enemies from the air was a blast. The system of upgrading attributes that then open up opportunities to learn new skills from different NPCs makes it so that leveling up is more nuanced than it would be if you unlocked the attributes directly, but I can see how some might not immediately acclimate to it. Combat is fun but can be somewhat repetitive if it goes on for too long. Though mixing up weapons does mix it up some. I typically play these games with a stealth orientation, but I really liked just diving in and going full aggro in here, but part of that might have been that I found there to be no real benefit to sneaking up on anything.

I have had a harder time deciding on a review rating for Elex 2 than I have had for any game I have reviewed so far. It had probably the poorest start to a game I’ve seen in a while, but if you can get past it, I think RPG fans will really enjoy what’s there. But truth be told, I don’t know how much it will convince anyone who isn’t a fan of the genre. I am disappointed that this game is coming out in such a crowded time because I think it deserves some of the attention that is going elsewhere right now. Hopefully people to whom the game will appeal don’t miss out, and I really hope that THQ Nordic authorizes another sequel because I can tell you that I would love to dive back in Jax’s shoes.

A review code for ELEX 2 was provided by the publisher and played on the Xbox Series X. You can read SP1st and MP1st’s review and scoring policy right here.