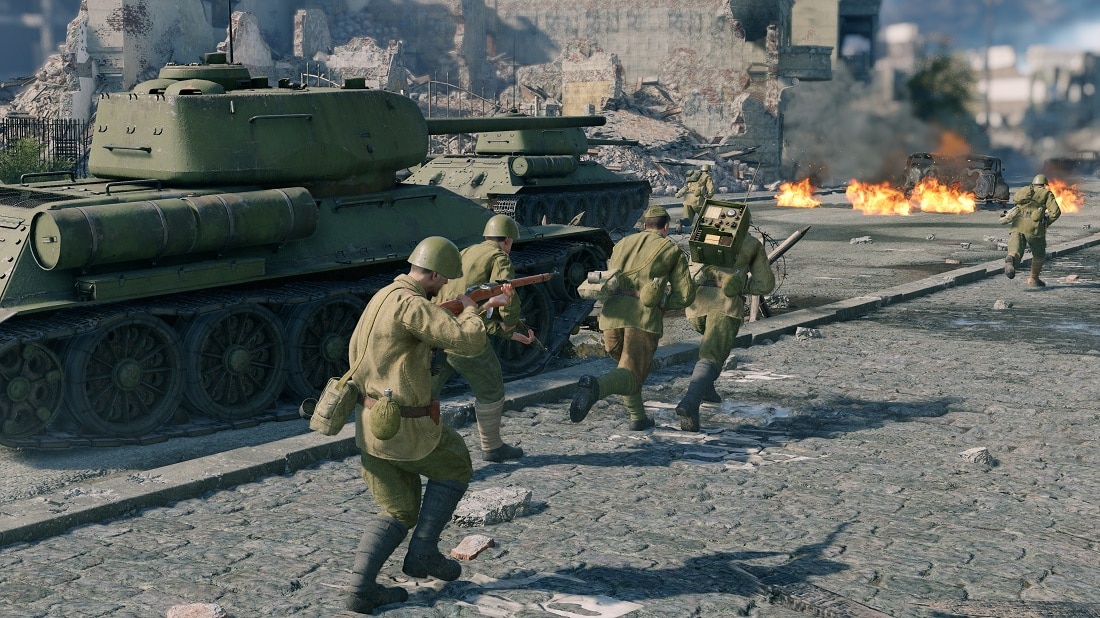 Darkflow Software has released the Enlisted update 1.09 November 17 patch, which brings new features and changes to the game. Head down below for the complete patch notes.

Play in a squad with friends on PC, Xbox and Playstation! In Enlisted, you can now assemble a squad of players from any of the game’s supported platforms.

Add a player as a friend through the “Contacts” menu, select them in the list and click “Invite to group” or click the “Add player” icon to create your squad. A squad can have up to 4 members.

Every good Engineer should plant a tree, build a house, and create a Rally Point inside a house. For this episode in the series, we have greatly simplified the placement of the building layout on sloped surfaces. Rally points will no longer be so terrain-demanding and will be easier to place.

Take advantage of this and lead your team to victory!

We slightly increased the minimum distance from the closest capture point at which you can set up an engineered Rally point. This change will improve the balance of forces fighting for a point in all Enlisted missions.

Also, several closely located Rally points will now be combined into one at a lesser distance. This change should have a positive effect on your tactical options when selecting a respawn point.

“The enemy is coming from this side”

This is the kind of message many commanders have been missing – because there are so many missions in Enlisted already that you can’t remember all the paths, so of course you would like to know where the enemy will attack from beforehand.

Now the direction of an enemy attack will be marked with a special marker directly on the map, this will greatly facilitate the preparation of your defenses and of planning a counter-attack.

Great news for all NVIDIA DLSS users! An updated DLSS library will result in better image stability while maintaining the same level of performance!

The Crew 2 Update 1.21 Boosts Out for The Contractor Patch This Nov. 17