Podcasting and streaming has never been more popular and having the right mic has never been more important. There are a lot of options available of varying quality and prices. EPOS, mostly known for their gaming headsets, is throwing their hat in the mic wring with the EPOS B20, priced at $199.00 USD.

Right off the bat I felt the build of the EPOS B20 was sleek, sturdy and well made. It comes with a built in stand that can either screw into the packed in base to sit on a desk or it can screw into a boom arm. If you don’t have a boom arm, the stand will suffice. It will just mean the mic will probably be further away from your mouth which means it can still catch some surrounding noise. On an adjustable boom, the mic can sit as close or far way as you like. In my recording tests I played with various positions and found that a good 7-8 inches away to be best for space and recording. 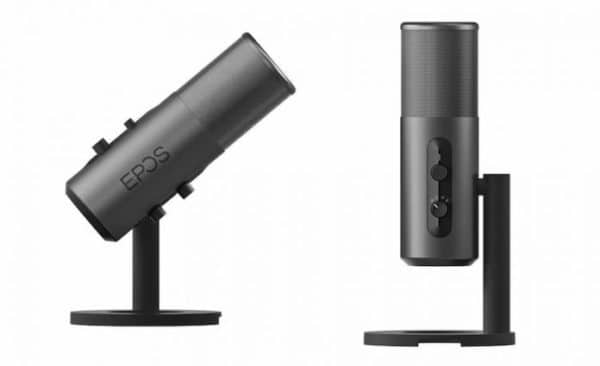 Beyond its functionality, for me, the best feature the EPOS B20 has is its USB as opposed to needing an XLR and separate amp which I have been using prior. It’s really just plug in and go. Once I set my computer to recognize the mic I was ready to record. As a Mac user I booted up Garangeband and did a bunch of sample tests with the four settings right on the mic; cardioid, omnidirectional, stereo and bidirectional. In this regard it really depends on your recording environment and what it is you’re recording. The cardioid and omnidirectional settings work best for solo endeavors while the bidirectional works better if you’re using one mic for a two person podcast. I didn’t find any practical use for stereo unless you want to record the entire environment. And in that case you’re going to get a lot of room noice and natural reverb. The mic itself also includes a gain dial to easily control your recording volume as well as a mute button and standard headphone jack for self-monitoring. 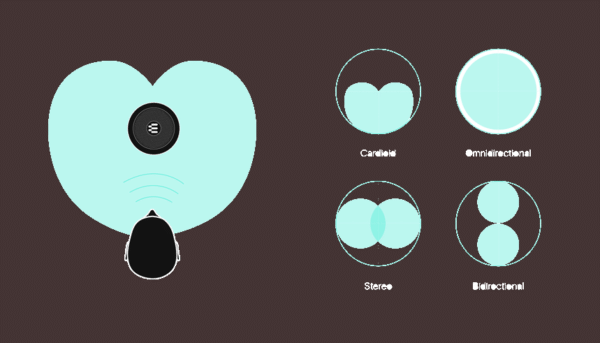 I used both Garageband and Audacity to record my voice and found the sound quality to be excellent. Minimal background noise, and in a soundproofed recording space it will sound even better. Nice, crisp, clear recording. And thankfully in a program like Garageband (or Audacity) you can really mix the levels of the recording after the fact to make it sound as good as possible. But here is where I had my biggest issue with the EPOS B20. While the mic itself is compatible with Mac, the EPOS gaming suite which allows for much more robust fine tuning is only available on PC. I mean, I get it to a degree that gaming and streaming is rarely done on Mac, if ever, but the mic is being sold as something people can use for podcasting and other recordings so a Mac version of the software would be a nice bonus.

All in all, I’m quite happy with the EPOS B20 and it’s now become my recording mic for podcasting and general studio use. If you can afford the $199 price tag and are serious about streaming and podcasting, it’s definitely worth it.

EPOS B20 provided by manufacturer and is out now for $199.99 and can be ordered via the official EPOS site.