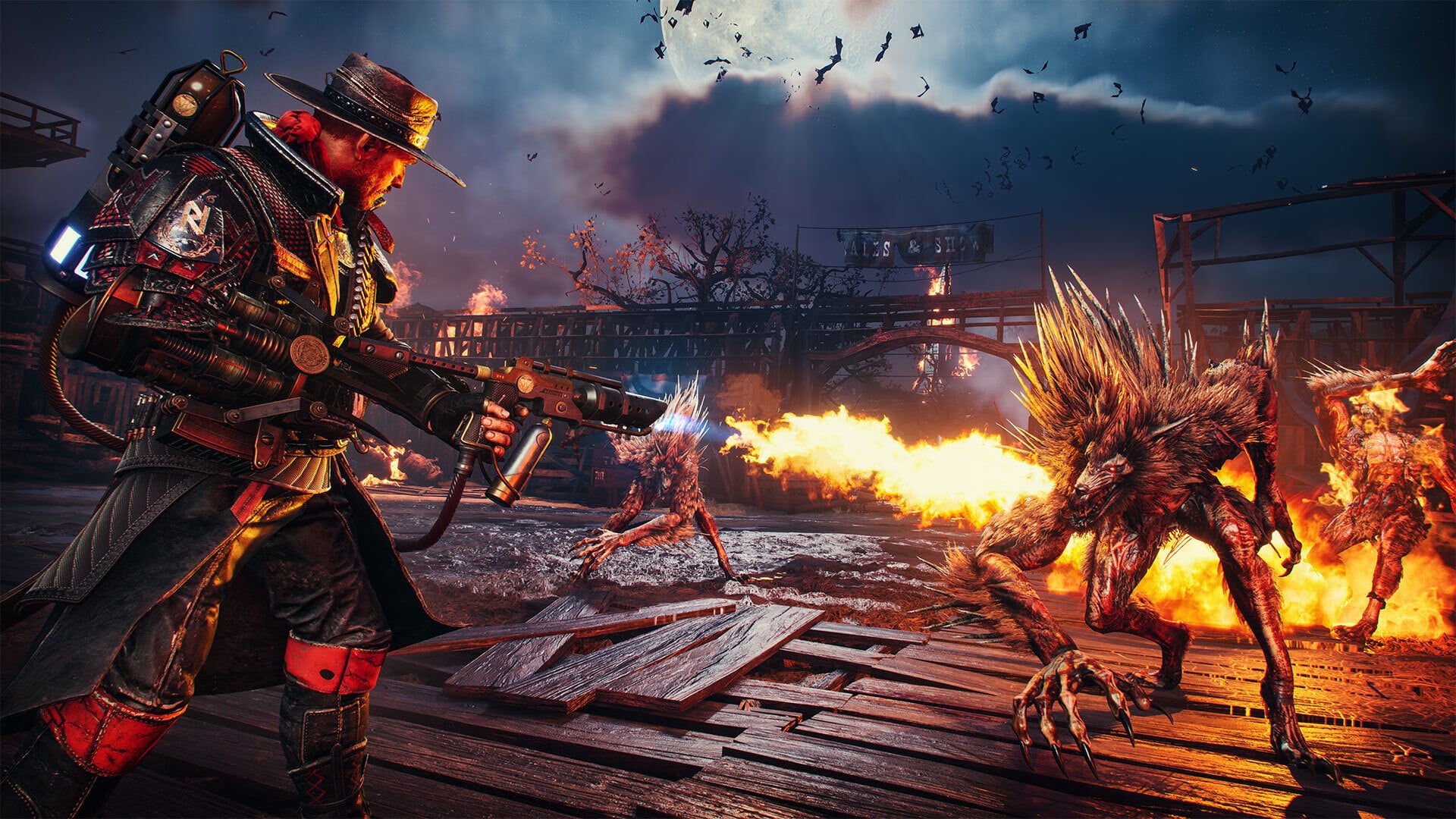 Flying Wild Hog has fired out the Evil West extended gameplay trailer, and this one features 10 minutes of action alongside the locales players will be fighting vampires in!

In addition to combat, we also get to see the interface while you’re playing, as well as the menu where players will be able to access their perks, weapon upgrades and more.

Evil never sleeps… but it bleeds.
A dark menace consumes the American frontier. As one of the last agents in a top-secret vampire-hunting institute, you are the final line between humanity and a deep-rooted terror that now emerges from the shadows. Rise up to become a Wild West Superhero, eradicate the vampire threat and save the United States!

In visceral, explosive combat, unleash hell with your firearms, lightning-fueled gauntlet and gadgets. Kill bloodthirsty monstrosities in style as a lone hunter or in co-op with a friend. Explore and fight in a narrative-driven campaign while upgrading your weapons and hunting tools. Unlock new perks to evolve your monster-slaying mastery, crafting your own playstyle to defeat the supernatural hordes.

Evil West stabs its way out this September 20 on the PS4, PS5, Xbox One, Xbox Series X|S and PC.