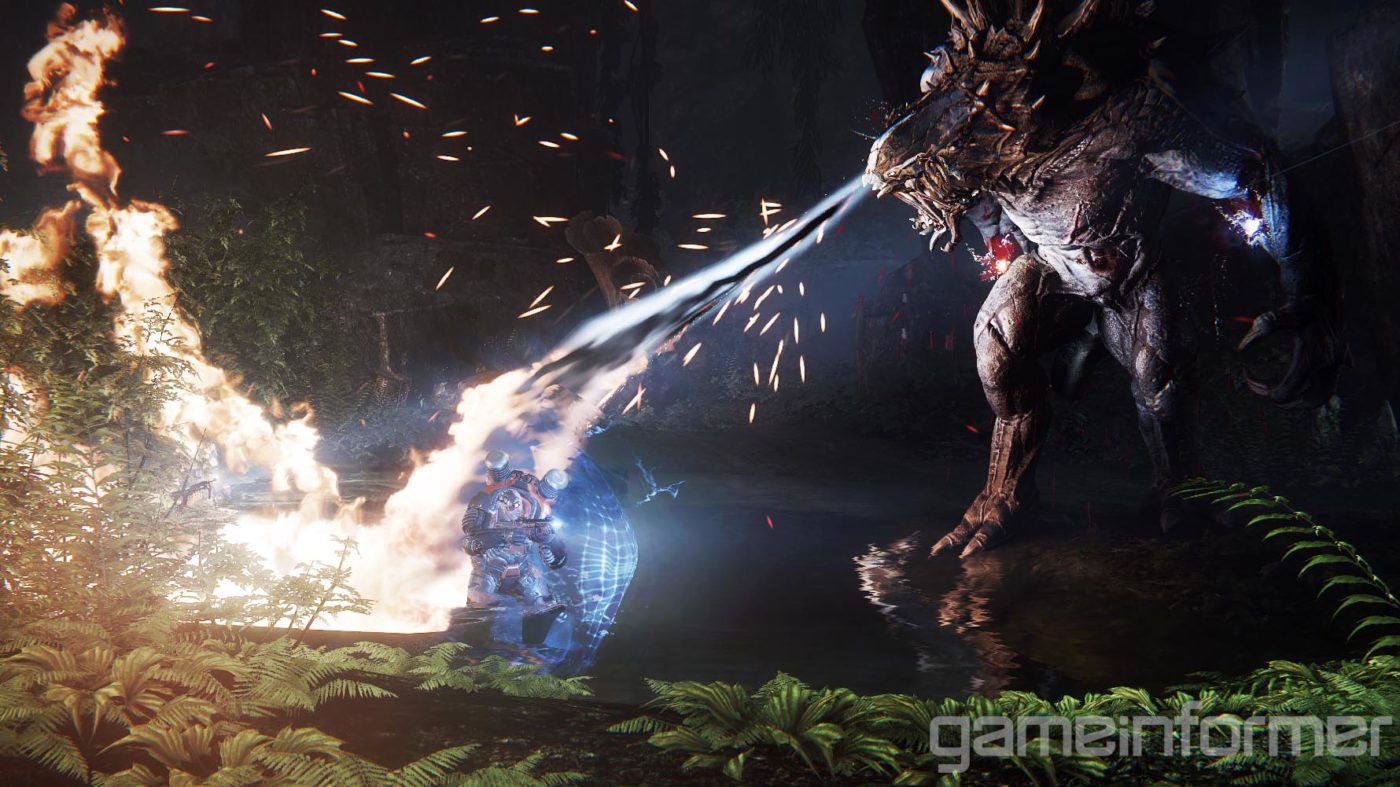 Our first in-game look at Evolve comes from GameInformer who’s got details on the Goliath monster that will face four other Hunters in the next-gen multiplayer shooter from Turtle Rock.

The Goliath, one of “several” monsters that you’ll get to play as in Evolve’s asymmetrical multiplayer, starts off small in size but grows through each of its three from as it devours other animals, eventually reaching a scary 30 feet in height.

Yesterday, we gathered a handful of details about the shooter which you can read up on right here, including gameplay elements and info on the four different classes.

Check out the screens and concept art of the Goliath below. Click image for a larger size. 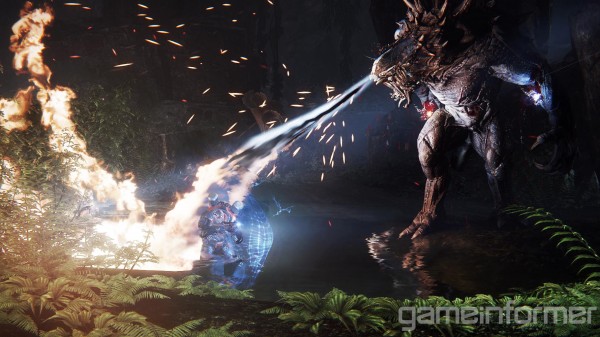 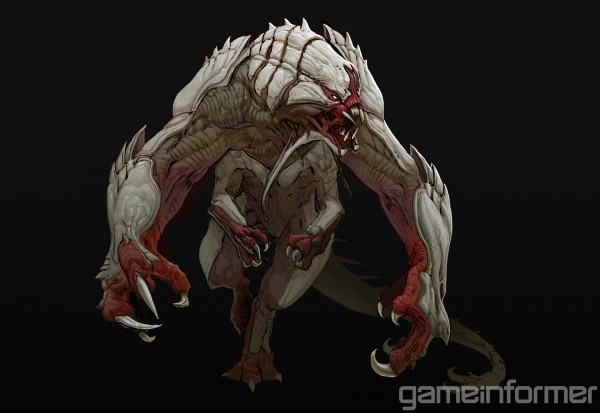 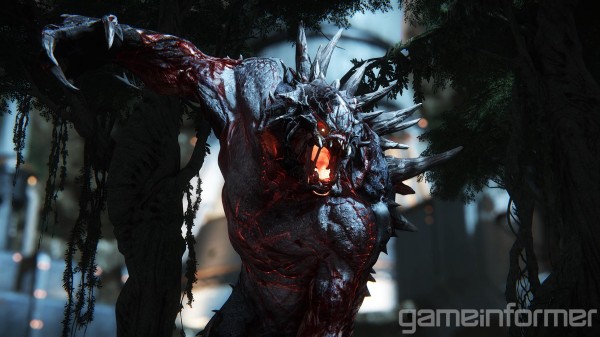 Check out some of the concept art for the Goliath’s attacks, including Flame Breath, Leap Attack, Charge Attack, and Rock Throw – All moves the Hunters will have to watch out for. 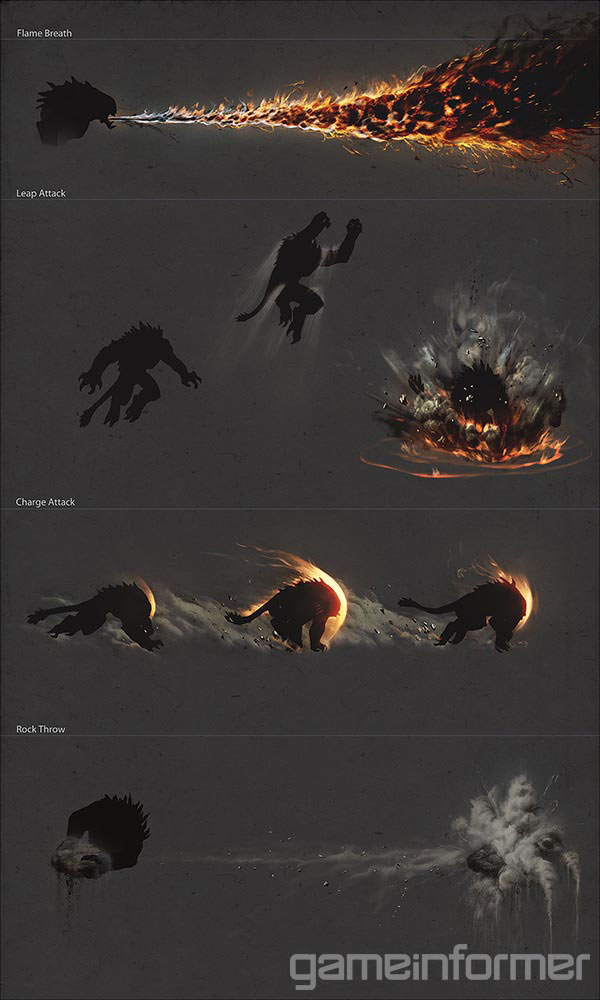 Scary stuff! What do you think of Evolve’s Goliath? How does it compare to some of your favorite movie or video game monsters?