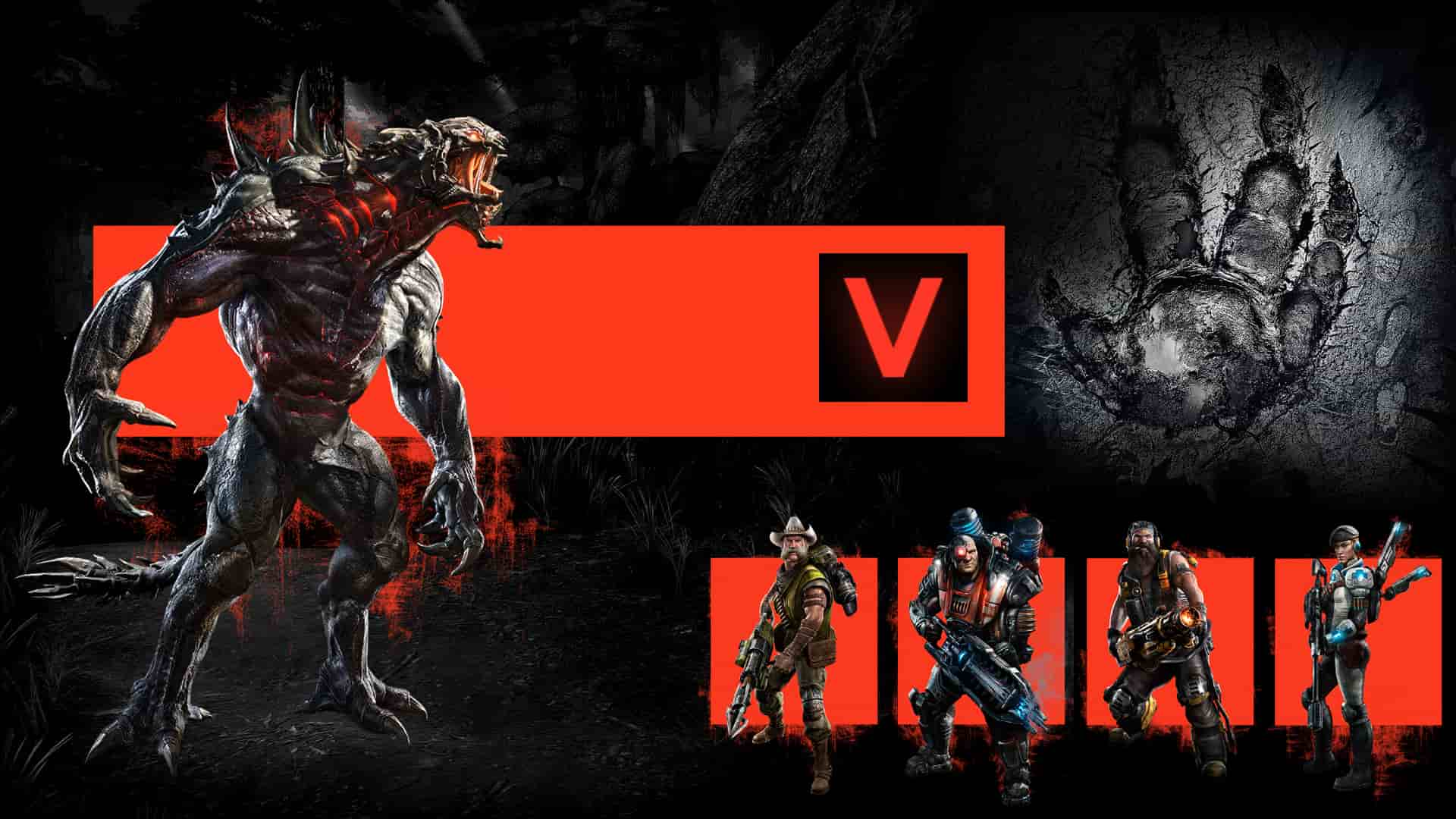 News 0 It’s almost the end for Evolve, the asymmetrical multiplayer shooter from Turtle Rock. The game’s dedicated servers are shutting down, and the free-to-play Stage 2 version is being pulled from PC stores. Players who want to keep on enjoying the game can do so through the peer-to-peer multiplayer modes. This will all be under the name: “Legacy Evolve.” Here’s […] 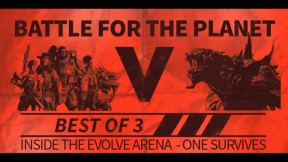 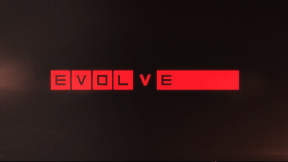 News 0 Commentators DB Sinclair and Ya Boy Shak guide viewers through a new look at the Behemoth Monster and four new Hunters coming to Evolve this Tuesday, March 31. The intimidating new Monster type launches alongside the new Observer Mode and four new Hunters, Torvald the Assault, Crow the Trapper, Slim the Medic, and Sunny the Support. […]

Two New Evolve Maps Arrive On Xbox One This Month For Free, Later On PS4 And PC News 5

News 5 Evolve, the 4v1 shooter from Turtle Rock Studios, is getting a couple of fresh maps to spice up the now one-month old title. Broken Hill Mine and Broken Hill Foundry are arriving first on Xbox One at the end of this month, March 31, and will both be offered free of charge. PlayStation 4 and […] 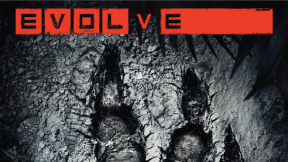 News 7 Today, Turtle Rock Studios launches their new IP, the asymmetrical 4v1 shooter, Evolve, on PC, Xbox One, and PlayStation 4. Taking the shooter genre in a new direction, Evolve pits four classes of Hunters against one powerful Monster, each with their own set of unique abilities, strengths, and weaknesses. Players fight in hostile locations on […]

News 2 Before hopping online to join the hunt in dangerous environments on unfamiliar and hostile planets, Evolve developer Turtle Rock Studios is asking gamers to clear about three gigabytes of space on their hard drives to make way for a significant day-one game update. The patch will introduce a number of balancing tweaks that were detailed earlier on […] 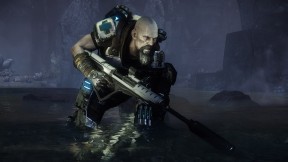 News 3 You’ve got until February 10 to study up on what makes an effective Hunter or a killer monster in Turtle Rocks 4v1 shooter, Evolve. To help you understand the treacherous world of Shear, a planet overrun by wild beasts, is this video survival guide from the makers of the game. It offers an overview of […]

News 68 Xbox One fans of Turtle Rock Studios’ 4v1 shooter Evolve are getting ready to dive into the game’s Open Beta, beginning this Thursday, January 15, which is now pre-loadable from the Xbox One Store. Up for taste-testing is the “Hunt” game mode, two Monsters (Goliath and Kraken), eight Hunters (Markov, Maggie, Val, Hank, Hyde, Griffin, […] 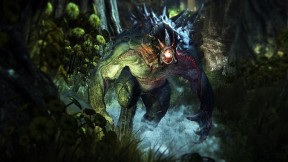 The Story Of Evolve Teased In New Trailer, Get The Details On New Hunters, Maps, and Game Mode News 0

News 0 It’s story time with Turtle Rock Studios and 2K Game’s latest gameplay trailer for their 4v1 shooter, Evolve. If you check out their newest video above, you’ll get some context to the struggle between Hunter and Monster on a remote colony set on an alien and unfamiliar world. Clearly Evolve is all about its epic asymmetrical […] 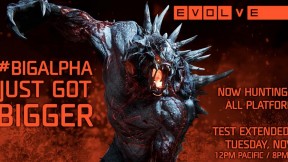 News 8 After working out some technical issues caused by Firmware Update 2.00, PlayStation 4 users are finally able to participate in Turtle Rock Studios’ Evolve Big Alpha. The studio has announced that, not only is it now playable, it will also be extended until this Tuesday, November 4 to accommodate the lost time. This extends to Xbox One […] 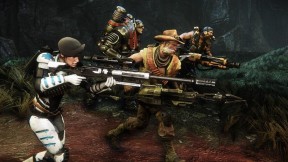 News 13 PlayStation 4 users anxious to try out Turtle Rock Studios’ 4v1 shooter Evolve for the first time are out of luck as technical issues involving the console’s latest firmware update 2.00 have urged the studio to postpone the Big Alpha, originally scheduled to launch today. “We have some unfortunate news to share with folks planning to […] 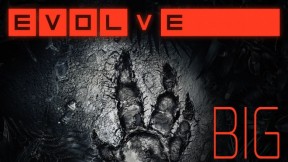 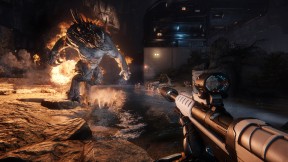 News 6 Evolve’s “Big Alpha” is mere days away, giving Xbox One, PlayStation 4, and PC owners the chance to get their hands on Turtle Rock Studios’ 4v1 shooter before its February 2015 release. IGN recently sat down with 2K Production Assistant Scott James to talk about what’s involved in the upcoming Alpha while showing off some […]

News 6 Turtle Rock’s asymmetrical 4v1 shooter Evolve is getting a ‘Big Alpha’ this October, coming first to Xbox One on the 30th and arriving on PlayStation 4 and PC just one day later on the 31st. The test will conclude for all platforms on November 2. According to Turtle Rock co-founder and designer Chris Ashton, the studio […]

News 67 Earlier this week, we caught 23 minutes of exciting Evolve gameplay that was sure to get you pumped for its release on Xbox One, PlayStation 4, and PC, but don’t get too excited. Take-Two Interactive, parent company of developer Turtle Rock Studios, recently announced in a report for their first fiscal quarter that the Evolve will […]

News 22 The last time we were graced with Evolve gameplay was a while back, at E3 2014. Now, with the recent announcement of Alpha keys for the game being sent out, it’s only a matter of time before we see additionaly gameplay, but this time it isn’t leaked, it’s official. JackFrags of YouTube got a chance to spend […] 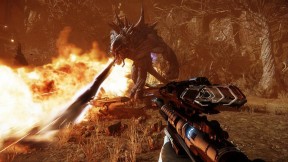 News 12 Developer Turtle Rock is now inviting gamers to Alpha test their competitive 4 vs. 1 shooter, Evolve. The studio recently made mention of the upcoming Alpha on Twitter, sending out a sign up link along with the password “happyhunting” and the referral “JoinTheHunt”. Join the hunt with friends in the #EvolveAlpha. RT and share #4v1: http://t.co/T2V92MLhfP […]

News 9 Turtle Rock Studios brought a new trailer with them to Microsoft’s conference, and it was a doozy. Although its expected to play a lot like Left 4 Dead, everything seems to be happening on a much larger scale. It was also revealed during the announcement that an open beta would be occurring this fall. In […]

News 7 Turtle Rock Studios is out to show off brand new content for their upcoming, next-gen, 4v1 shooter, Evolve. Four new hunters enter the arena, each with unique abilities and characteristics that differ from the initial bunch we were introduced to earlier this year. We caught our first glimpse of the new squad yesterday, but it’s […]