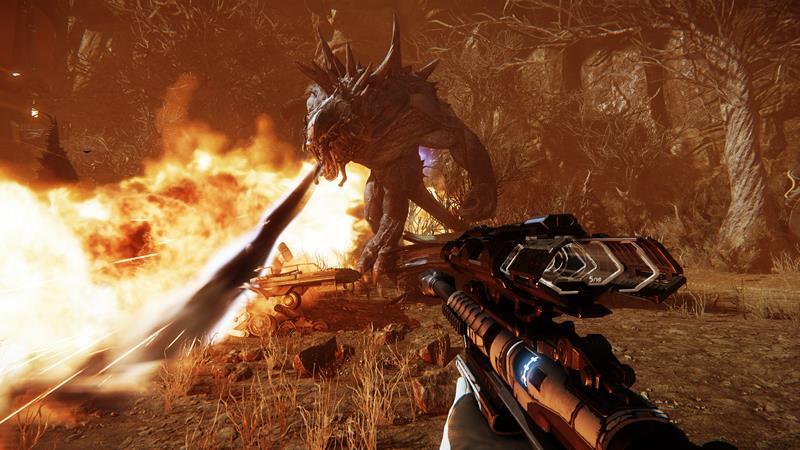 The studio recently made mention of the upcoming Alpha on Twitter, sending out a sign up link along with the password “happyhunting” and the referral “JoinTheHunt”.

Participants must have a capable PC along with a working Steam account in order to be eligible. They must be able to “support a large coordinated user test on the game, and be located in mainland North America,” reads the requirements.

“All prospective participants must be willing to adhere to a strict Game Demo Participant Agreement in this survey and not discuss or disclose anything about the test.”

The studio also asks that you sign up on the PC you plan to play on and help provide details of your set up in the survey. Turtle Rock hopes to send off info to confirmed participants by July 5, so act quick if you want to get in on the action.

During Microsoft’s E3 2014 press conference, the studio also announced an Evolve beta coming first to Xbox One this Fall. You can watch the presentation here.

Evolve launches on PC, Xbox One, and PlayStation 4 on October 21.