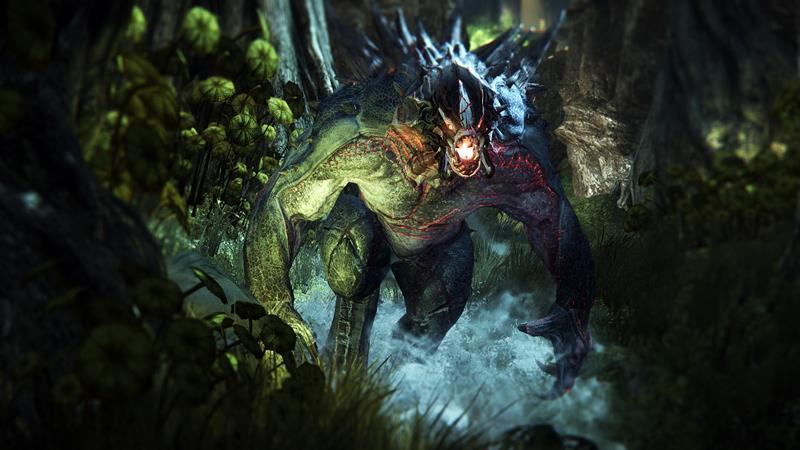 If you check out their newest video above, you’ll get some context to the struggle between Hunter and Monster on a remote colony set on an alien and unfamiliar world. Clearly Evolve is all about its epic asymmetrical multiplayer battles, but it appears that there’ll be at least some story elements to dive into when the game releases on Xbox One, PlayStation 4, and PC this February 10.

Last month, IGN spent some time with Evolve developers to find out what there is to know about some of the game’s new characters and locations. We’ve rounded up details on the new Hunters and Maps below, including a brand new game mode called Nest, so you can catch up on anything you might have missed.

In addition, we also learned that any map expansions for Evolve will be free for all users, so players won’t ever be kicked out of matchmaking and Evolve’s community will never be required to split up. New DLC characters will cost you some cash, however, but both vanilla and DLC characters can still play together on the same map, even if a party member doesn’t own any DLC. Anyone who pre-orders the game will get the Monster Expansion Pack free of charge.

Check out the additional gameplay videos and commentaries below: