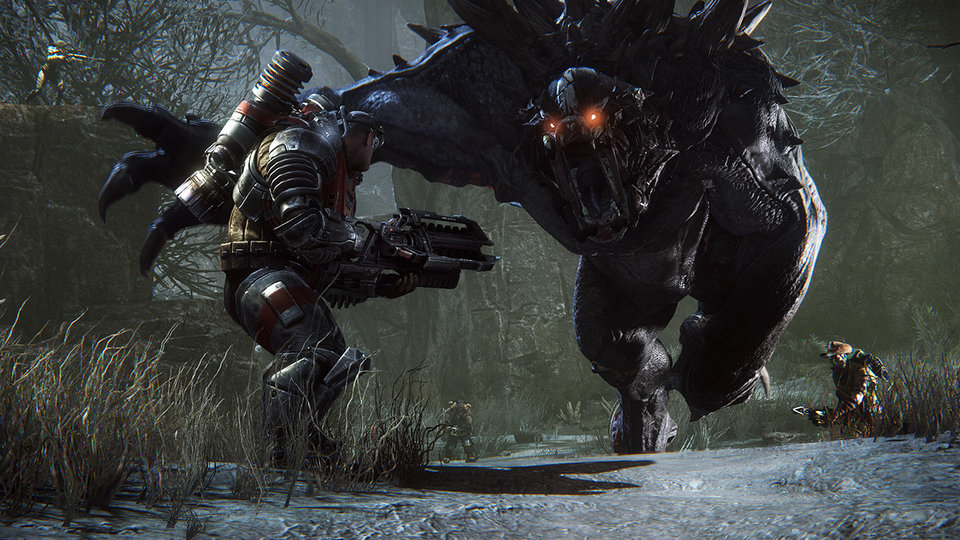 Left 4 Dead developer Turtle Rock brought the latest build of their upcoming project, Evolve, to this year’s PAX East, showing off some of the game’s most recent progress.

Based on a vast amount of telementry data, a number of significant tweaks were made to Evolve’s gameplay since we last saw it in action, specifically to the way Evolve’s Monster class progresses throughout the course of a match.

Players will now accumulate points as they progress, which can be spent freely on three different abilities. In the case of the Goliath, the only monster we’ve seen so far, that includes abilities like Fire Breath, Rock Throw, and Dash.

“You can choose to spread your skill points across three abilities or max one of those abilities up,” 2K Game’s executive producer on Evolve, Denby Grace, told Polygon. “It’s really made your choices much broader.”

Choosing to invest in a single ability, it will gain attributes and improve significantly. But players may wish to even out their effectiveness by spreading points across multiple techniques.

“It has made for some really, really interesting strategies,” Grace said. “That was the biggest change we made.”

Through their findings, the studio also learned that about 12 minutes is the sweet spot for a match. That’s where players get the most out of their experience, Grace noted.

Watching fans as they get some hands-on time with the game at PAX, Grace says, “My biggest fear coming to the show as that the monster would dominate in every single game. But we’ve seen a pretty even split, like 60/40 toward the monster.”

Evolve is coming to PC, PlayStation 4, and Xbox One this Fall.

Free DLC Comes to Warframe on PlayStation 4, Get it Before April 21