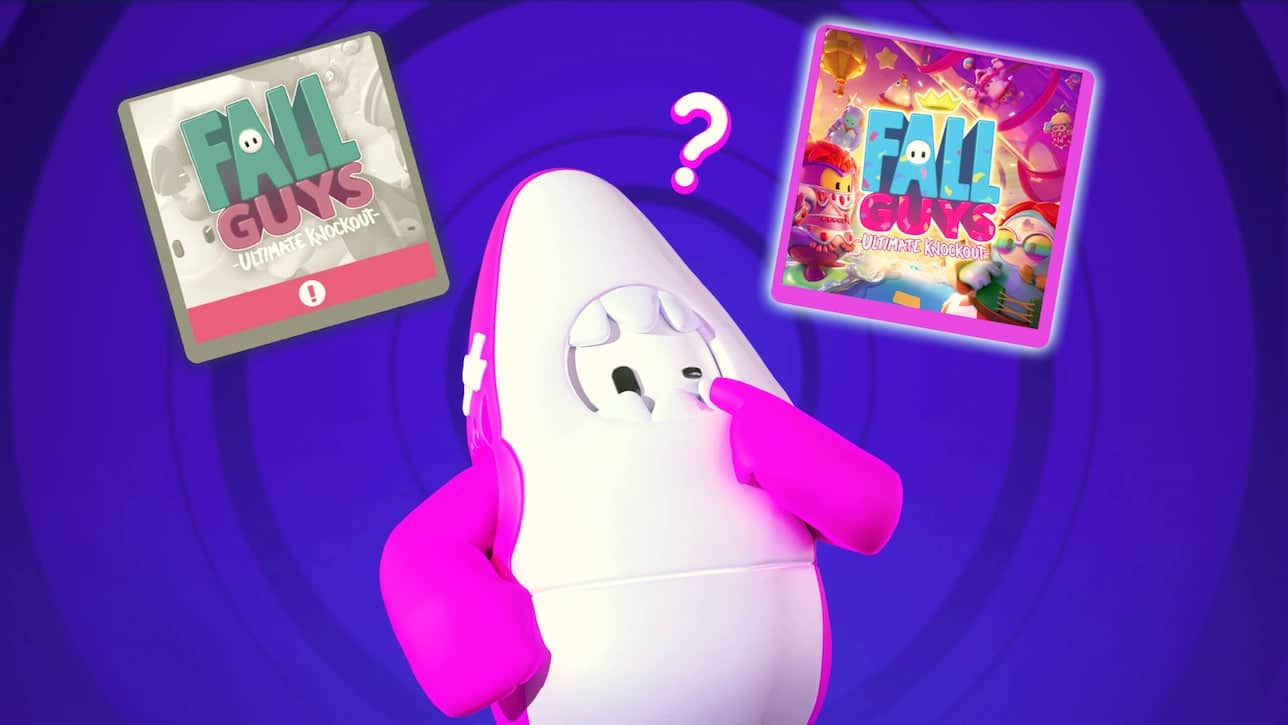 Mediatonic has released the Fall Guys update 1.41 patch, and this one doesn’t really do anything gameplay-wise, but is tied to the new launcher for the game. Confused? Don’t be. Read on for the Fall Guys April 5 patch notes.

As far as we’re aware, there are gameplay-related changes to the patch released today, though there is a freebie for PlayStation gamers. Read on for the full explanaion from Mediatonic below.

Fall Guys is getting a new launcher on PlayStation, and all existing PS players will need to follow the instructions below to keep playing after May 9.

Don’t worry—anything in your account will be ready for you to stumble around with once re-downloaded from the new launcher. Oh, and did we mention FREE SHARK COSTUME when you switch? Read on!

Last year, you may have heard the news that Mediatonic became part of the Epic Games family. We’ve been able to add a bunch of new features to the game since joining forces, and are now officially switching over our publisher on PlayStation to Epic, which means you’ll need to re-download Fall Guys from the new launcher on the PlayStation™ Store. 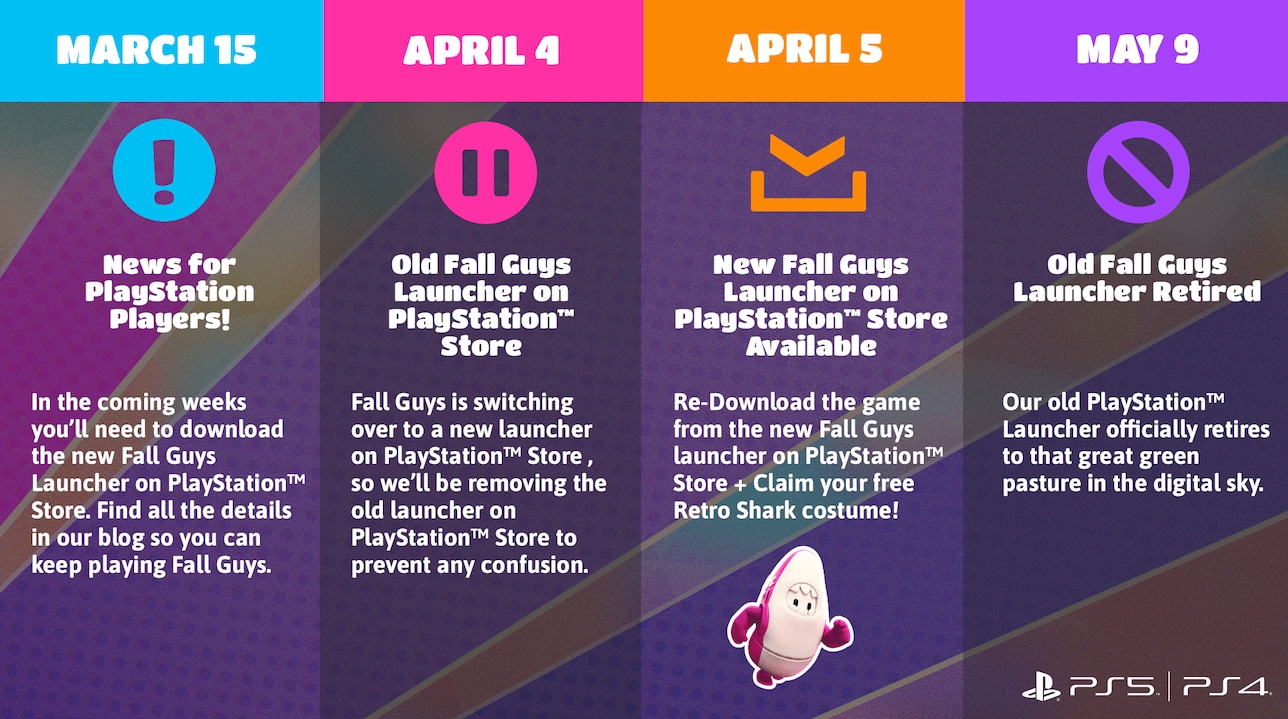 So! Here’s what you need to know to make the switch:

That’s basically it. If there are other changes in this title update, we’ll update the post.