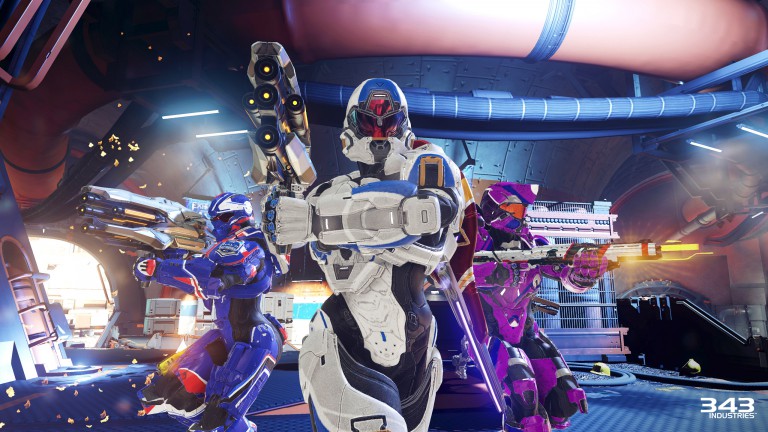 Later this year, 343 Industries is putting the Firefight back in Halo with the return of the fan-favorite co-operative mode made popular by Halo 3: ODST and Halo: Reach.

The studio announced its plans to launch a new version of Firefight for Halo 5: Guardians last month in an effort to provide fans with a strictly co-operative, PvE experience that utilizes the same mechanics found in other Warzone game modes.

According to a new announcement from 343 during the recent Halo World Championship 2016, Warzone Firefight will allow up to eight Spartans to band together to overcome “five rounds of increasingly difficult, dynamic objectives set against a timer…” The bad guys will be made up of an assortment of Covenant and Promethean forces, but the mode will also introduce a new tier of “Mythic” enemy bosses, including the new Mythic Warden Eternal. Like Warzone and Warzone Assault, players will be able to call upon an assortment of REQs to aid them in battle.

Gameplay footage of Warzone Firefight was premiered during the Halo World Championship 2016 Finals, which you can check out in the featured section above. Launch date details are still under wraps.

Including Warzone Firefight, Halo 5: Guardians is due for at least four more updates throughout the rest of the year: “Ghosts of Meridian,” “Memories of Reach,” and “Hog Wild.” Stay tuned for updates!