As expected given the previous announcement, the For Honor update 2.26 March 11 patch is live today, and this brings Year 5 Season 1 “Asunder” into the multiplayer action game! Head on below for the trailer, roadmap, and of course, the latest changes made by the studio.

Update: Ubisoft has finally released the official patch notes which we’ve listed below!

Known Issue: Warden’s Top Heavy to Side Heavy Unblockable is currently undodgeable. We are working on a fix and will release it as soon as possible.

The changes from the Y4|S4 Testing Grounds are now live, with bug fixes and other improvements.

Developer’s comment: Warden should now be able to use Heavy attacks more effectively; the increased speed on the Top Heavy Finisher makes it harder to interrupt and Side Heavy Attacks (both Openers and Finishers) are stronger both in group fights as well as the minion lane.

Developer’s comment: Warden’s Zone Attack no longer needs to commit to an additional attack to be useful; the extra forward movement also helps in group fights to catch opponents that might be further away.

Developer’s comment: Player feedback from the Y4|S4 Testing Grounds correctly noted that Thick Blood Warden negatively affected the viability of Testing Grounds Peacekeeper and Nobushi – as it nullifies their bleed entirely. Here, by changing the effect of Thick Blood entirely, we remove the unhealthy aspect of being able to shut down bleed heroes’ kits for free, as well as the bad feeling of taking Thick Blood but not queuing into any bleed heroes. In this new Thrilling Comeback, it retains the passive feature of making you live a bit longer, and now is globally useful with a much more healthy design.

Ubisoft thas not released the official patch notes yet, but here’s the new content coming via the press release sent previously:

There’s a limited-time in-game event (LTM) called the “Horkos Masquerade” that will let players prove their worth to the Order of Horkos through a new 4v4 game mode: Carousel of Horkos. There’s also a free event pass that will become available during the event’s duration that has 30 tiers to complete.

There’s a new Battle Pass coming today, as well as an update to the Warden, a new armor variation and weapon throughout the season. Once the full patch notes are released, we’ll update the post. Don’t forget to check out the roadmap for March as well which we’ve included below. 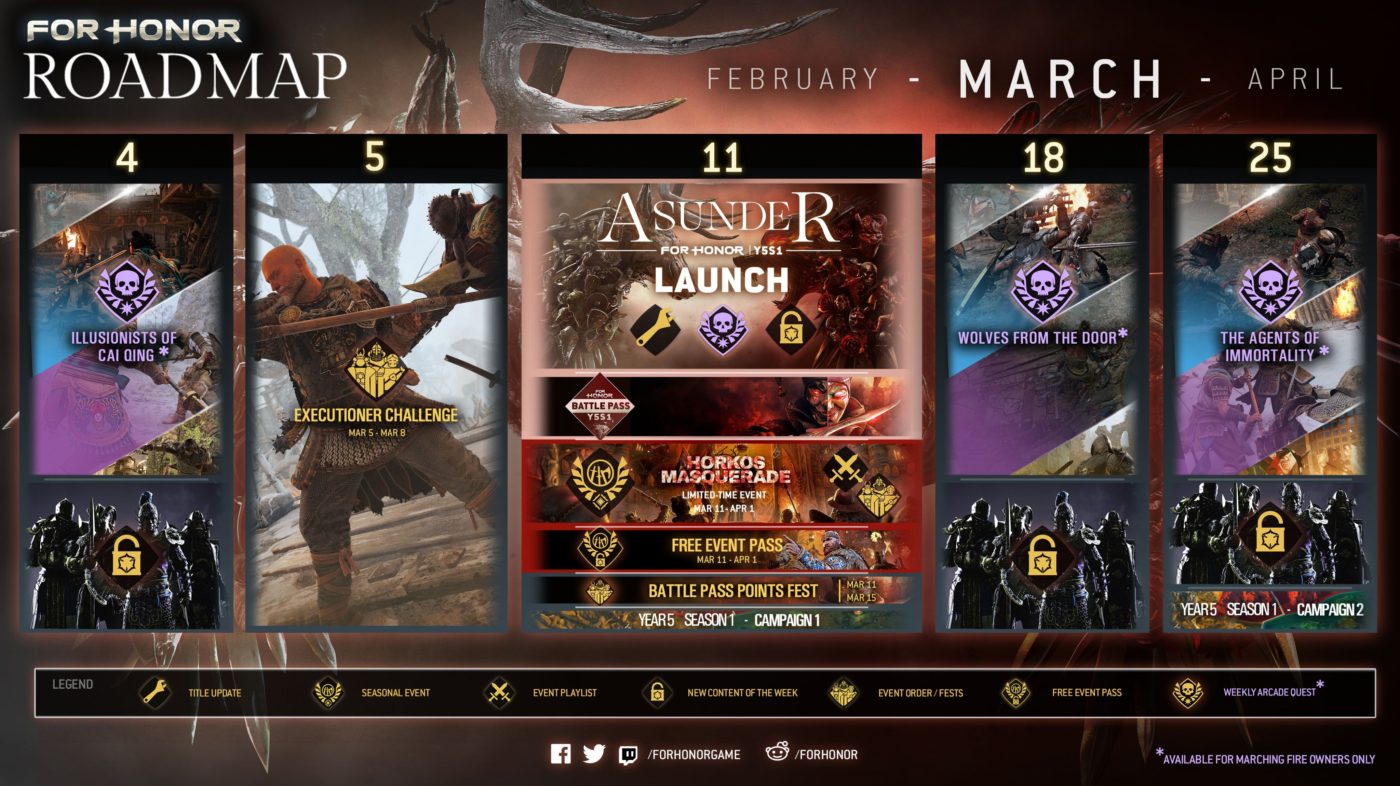 Don’t forget, we’ll update the post with the official gameplay-related changes once it’s out, so make sure to refresh the post. In the meantime, enjoy the new LTM!