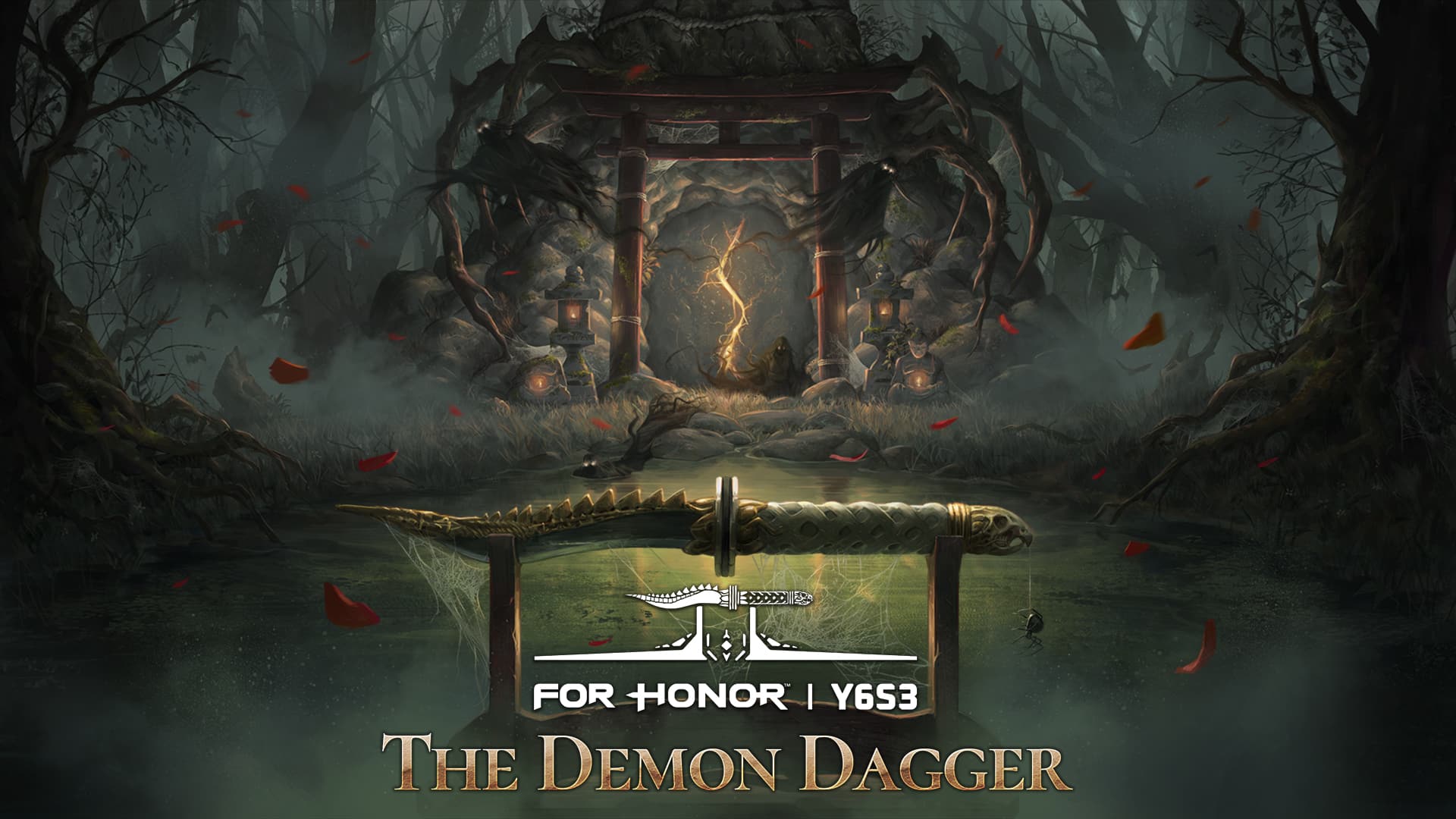 Year 6 Season 3 of For Honor is officially kicking off this September 15, and is dubbed  “The Demon Dagger.” Here’s everything we know about it so far.

Inspired by Japanese folklore and mythology, The Demon Dagger will include a new Battle Pass and Battle Event and aesthetic changes to the Temple Garden map for the Dominion game mode. Phase 2 of cross-platform play for For Honor will launch later on October 20, featuring the ability to form multiplayer groups regardless of platform and completing the implementation of crossplay to the game.

More “surprises” will come later in the season, says Ubisoft. We can’t wait to see what they are!

The Demon Dagger’s Battle Pass will be available at launch for $9.99, featuring 100 tiers of themed rewards for players. Players looking to quickly advance through the tiers this season can instead purchase the Battle Bundle for $24.99, which includes the Battle Pass and instantly unlocks 25 tiers.

Ubisoft’s For Honor is available on PC, PS5, PS4, Xbox Series X|S, and Xbox One. It is also available on Xbox Game Pass and Ubisoft+. With over 30 million active players, it is one of the most popular hack-and-slash games in history.