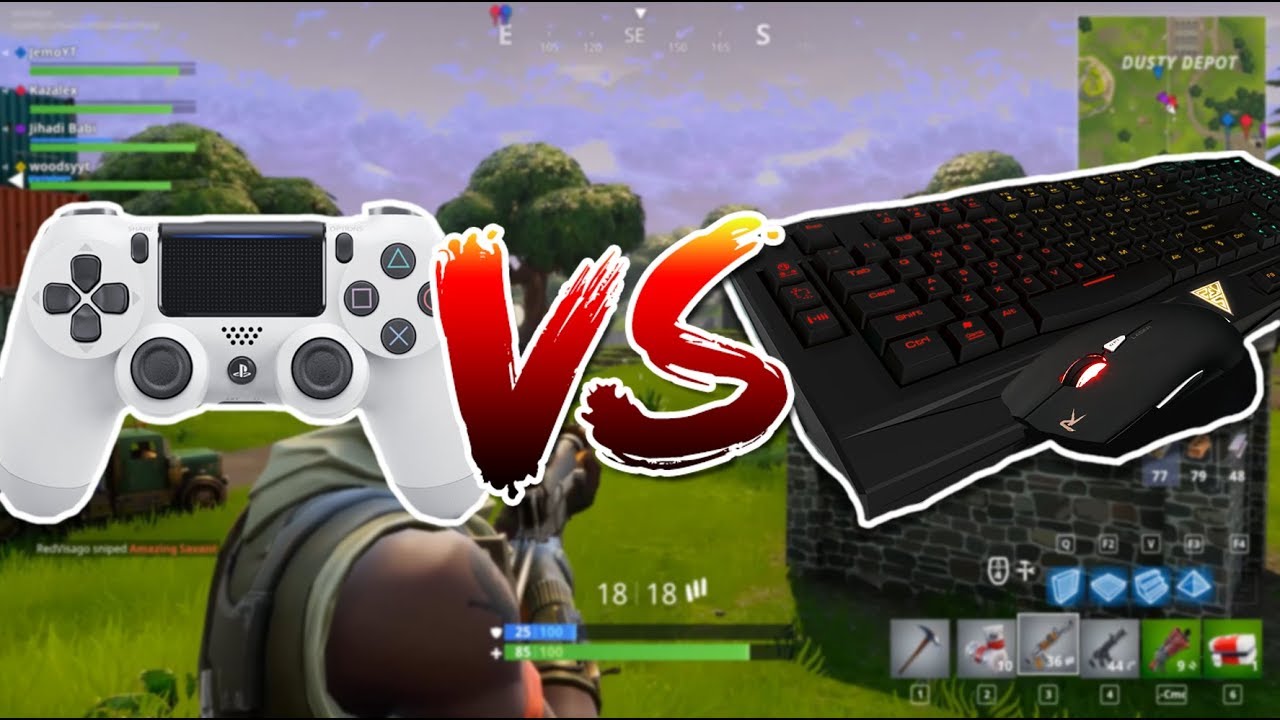 With Fortnite cementing its status as the most popular game of the year by a landslide, it’s easy to see why a lot of players would want to have every bit f advantage they can get when playing Epic Games’ battle royale shooter.

Unfortunately, that resulted in keyboard & mouse players going up against people using control pads (controllers). While the consoles vs. PC debate touches on a lot of things, one thing consoles can’t come close to is how accurate and easy it is to aim using a keyboard and mouse. Having said that, this meant that a lot of console “sweats” (read: try hard players) are using adapters to stomp people who are using controllers. Well, thankfully, Epic Games has a solution! As part of its “State of Development” for Fortnite this month, the studio has announced that it will roll out “input-based matchmaking” which means that the game will match KB+M players with players that are using the same control set up and so on.

Input-Based Matchmaking
We have an upgrade to our matchmaking logic that will allow for a more even playing field when enjoying Fortnite with your input device of choice. In an upcoming release we’ll be implementing input based matchmaking, which will pair you against players who are using the same peripherals (e.g. controller vs controller, KB+M vs KB+M).

Let’s break that down:

The current crossplay rules still apply. For example, partying up with a PC player will always put you in a PC pool, regardless of your input type.

Custom Controls
We are hoping to land this later in the year, and it will give you the ability to completely remap your gamepad to exactly your preference. In addition to customization, we’re continuing to hammer away at feel and optimizations for controllers across all platforms.

This is definitely good news, no? I do wonder how Epic will implement this since some people can use a controller, and just plug in a KB+M adapter of sorts once the match has started. Let’s hope the studio has thought of this little workaround and already has a solution in mind.

You can read the rest of the post that details weapon balance passes, and a whole lot more right here.

In other Fortnite news, make sure to check out how the Nintendo Switch version stacks up against the mobile version in this face off video.