Along with Elite’s two map drops and  patch 1.09, which adds 5 new prestige levels and in-game support for Clan Operations, PS3 users can expect a free Elite theme released exclusively on the platform.

Modern Warfare 3 players on PS3 with paid Elite subscription have been waiting for the first two Elite drops for a quite a while now. Xbox 360 users received the two drops on January 24th, and have since received another drop yesterday. In attempt to sweeten the deal for PS3 owners, Beachhead studios is tossing in a free theme for all PS3 players. On the official Facebook page, the statement reads. “Charge those Bluetooth headsets – PS3 Call of Duty Elite Premium members get the first two MW3 Content Drops, Liberation and Piazza, on February 28. We’ll also be releasing this ELITE theme, free to all PS3 owners.”

It’s unclear whether the theme is dynamic or not, but here’s an image: 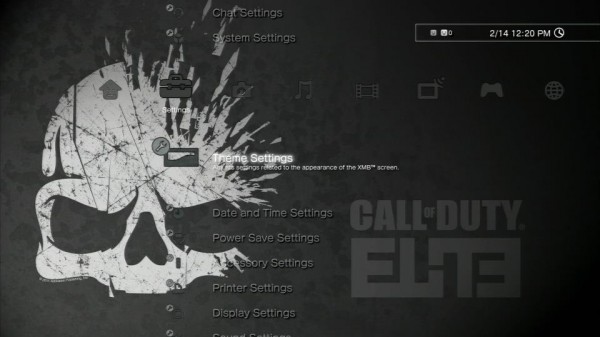