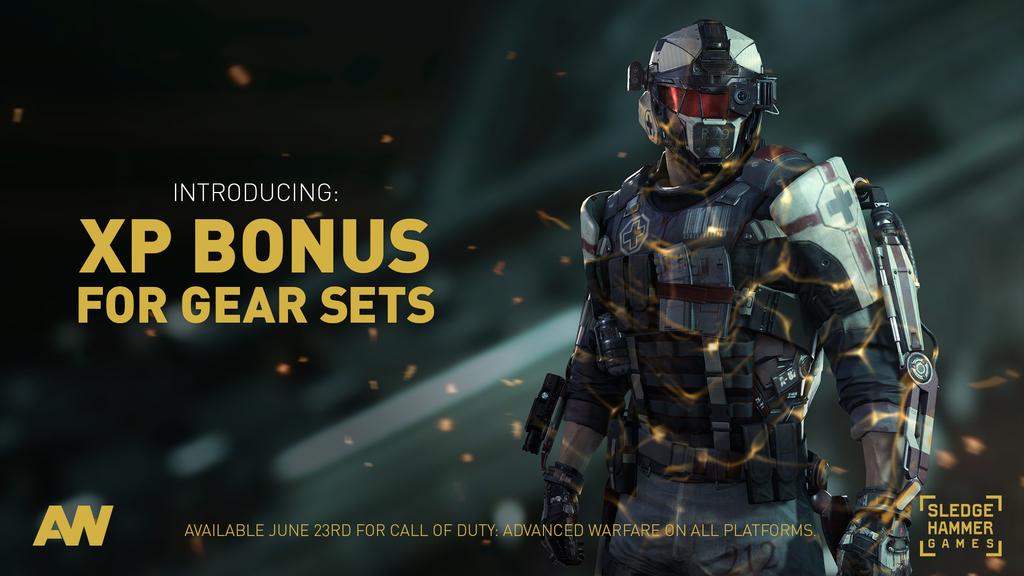 Taking a cue from popular RPG games, Call of Duty loot in Advanced Warfare is getting a welcomed upgrade in the coming weeks.

For starters, on June 23, Sledgehammer Games is introducing a new XP bonus system whereby equipping a full set of gear belonging to the same set will award your Operator with a boost in XP gain throughout all modes of multiplayer. According to Sledgehammer, the armory will let you know which pieces for each set you currently own and what pieces you’ll need to complete a full set.

Below is a checklist of sorts that will tell you how many pieces there are to a set, though more will be added over time, says Sledgehammer. 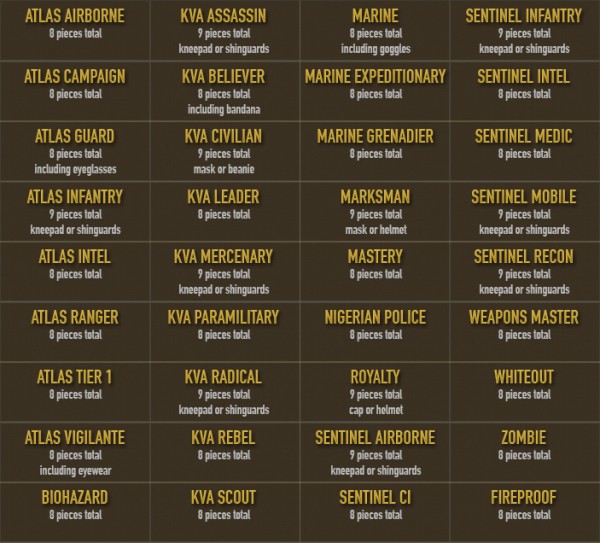 Also on June 23, a second wave of brand new Elite weapons are coming first to Xbox One, later on PlayStation 4 and PC. As before, these weapons are painted with the same camo you’ll find on Advanced Warfare’s Grand Master Prestige gear. According to Sledgehammer, the new weapons “will benefit from an increased reload speed vs. their Elite counterparts. These new weapon variants are carefully balanced, but provide that slight edge.” 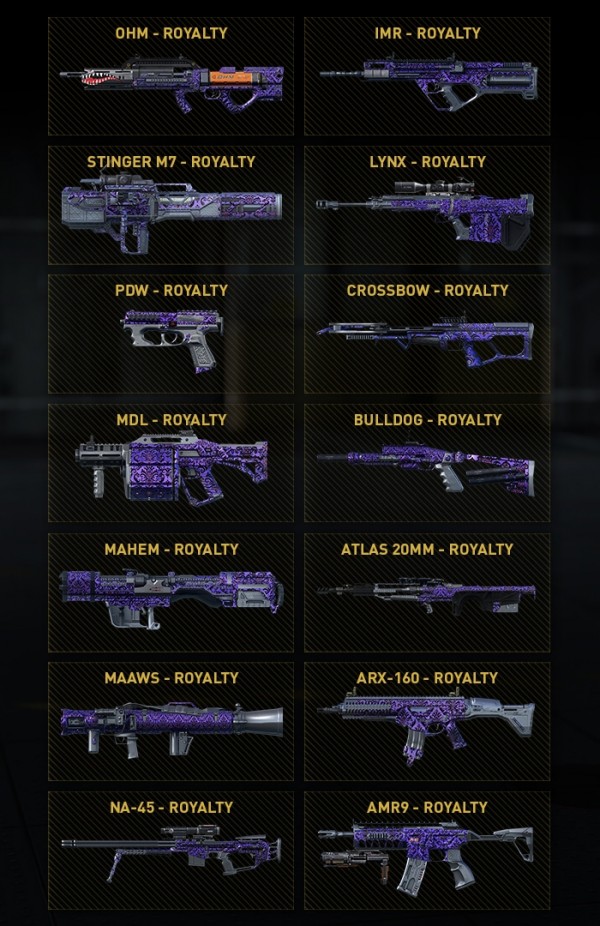 Which new Elite weapons are your eyes set on? Or, are you out to collect them all?