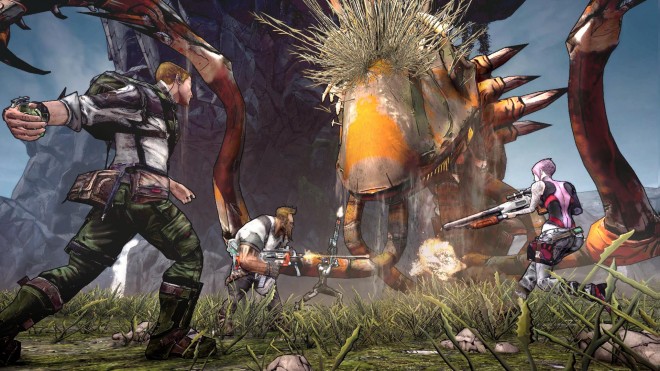 For those playing Borderlands 2 who’ve been noticing some odd weapon behaviour in Gearbox’s popular FPSRPG, Borderlands 2. You’re not alone.

You may have noticed that weapons that shoot multiple projectiles at once, like shotguns, aren’t working properly, in terms of damage and damage bonuses gained from character skills or other sources of loot.

Mistakenly, a recent patch that hit  Borderlands 2 a few weeks back accidentally changed how weapons that fire multiple projectiles at once work in terms of damage that they deal, which stems from the nerf to the amp shields. Basically, the amp shield fix corrected the additional damage dealt by amp shield to be divided among all the projectile of each shot.

Unfortunately, because of the recent nerf to the amp shield, a slight bug has surfaced that now divides any damage bonuses gained from character skills such as Gaige’s Anarchy skill and bonuses gained from various sources of loot to be divided twice across all projectiles from a shotgun or any weapon that can shoot multiple bullets at once.

Thankfully, after patiently waiting for a reply from the great folks at Gearbox, both Chris F., the Community Manager at Gearbox, and Randy Pitchford, the President of Gearbox, have taken time out of their busy schedules to address the concerns of the community members and have assured us that they’re aware of this bug and are looking into it. Chris F. has stated the following about this issue earlier:

Just wanted to pop in and let everyone know that we’ve been keeping a close eye on both this and related threads. While I’m not a designer (and thus can’t really speak to what’s intentional or not) I can tell you that all the specific details you’ve provided are extremely useful for the team that’s digging into this.

For a full list on what weapons and skills that are currently being effected by this bug, feel free to check out this lengthy and comprehensive list provided by the fantastic community over at the Gearbox forums.

In additional Borderlands 2 news, a new patch has just arrived for the PC platform that fixes a few issues, including the fix for the aforementioned bug, just a day after Gearbox acknowledging the issue. Patch notes can be found here, or by simply scrolling down:

Thanks for the tip, Loot Turtle!