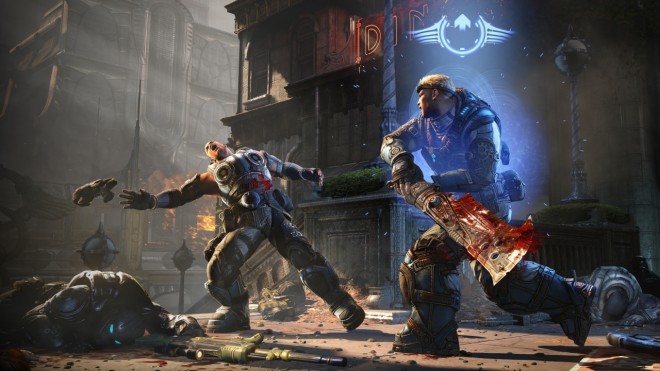 Gears of War: Judgment Call to Arms DLC Arrives On The Xbox 360 Today

It arrives on the Xbox 360 today and brings with it a whole set of new locations to chainsaw fools in as well as a brand new game mode to test your weapon skills.

Call to Arms introduces three new multiplayer maps, Terminal, Blood Drive, and Boneyard as well as the brand new game mode, Call to Arms, which has you working your way up through tiers of weapons as you try to score a kill with each one – 20 in total. Fans can also look forward to six new armor and gun skins as well as ten new Achievements.

Get Call to Arms here for 1000 MS Points (included in VIP Pass) or download it from the Xbox Live Marketplace on your console.