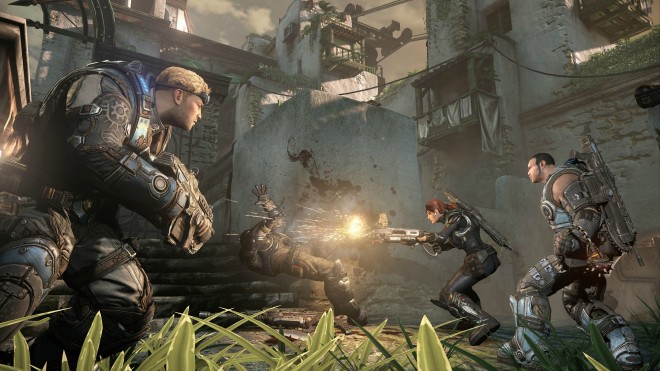 Gears of War: Judgment Gets a Multiplayer Trailer – The Guts of Gears: Multiplayer

Learn about Gears of War: Judgment multiplayer with a guided tour by the dashing and charming Lt. Damon Baird himself.

Epic Games and People Can Fly are bringing you an all new Gears of War multiplayer experience when Judgment drops this March 19 on the Xbox 360. Expect new game modes, new weapons, new equipment, and of course, new skins and mods.

Team Deathmatch returns, but players may want to try out some of the new modes like Free-for-All, Domination and Overrun, Judgment’s classed-based Horde-vs-Cog multiplayer mode.

An assortment of new grenade types (which can now be thrown without the wind-up) have made their debut as well. Sticky grenades will glue themselves to your opponents, beacon grenades will allow you to see enemies through objects, and the new stim grenades will boost the health of any teammates nearby. You’ll also get a new mid-to-long range sniper rifle to play around with.

New elements to the multiplayer also include more verticality and the new prize boxes which grant bonus XP or other exclusive unlocks.

Check out the full video presentation below.