The long anticipated GeForce RTX 3080 Ti and 3070 Ti have finally been announced with their release coming within the week!

Debuting during Nvidia’s COMPUTEX 2021 Keynote, the GeForce RTX 3080 Ti is being marketed as Nvidia newest flagship graphic card with it taking full advantage of everything Nvidia has to offer, including ray-tracing, DLSS, and so much more!

Powered by the NVIDIA Ampere architecture, the GeForce RTX 3080 Ti features 3rd gen Tensor Cores for amazing DLSS performance boosts, 2nd gen RT Cores to accelerate ray tracing, and the latest streaming multiprocessors to turbocharge traditional games. Plus 12GB of superfast GDDR6X memory. It offers full support for all our latest and greatest technologies, such as G-SYNC, NVIDIA Reflex and NVIDIA Broadcast, and the performance to enjoy Virtual Reality games and applications at high frame rates, at high resolutions and detail levels. 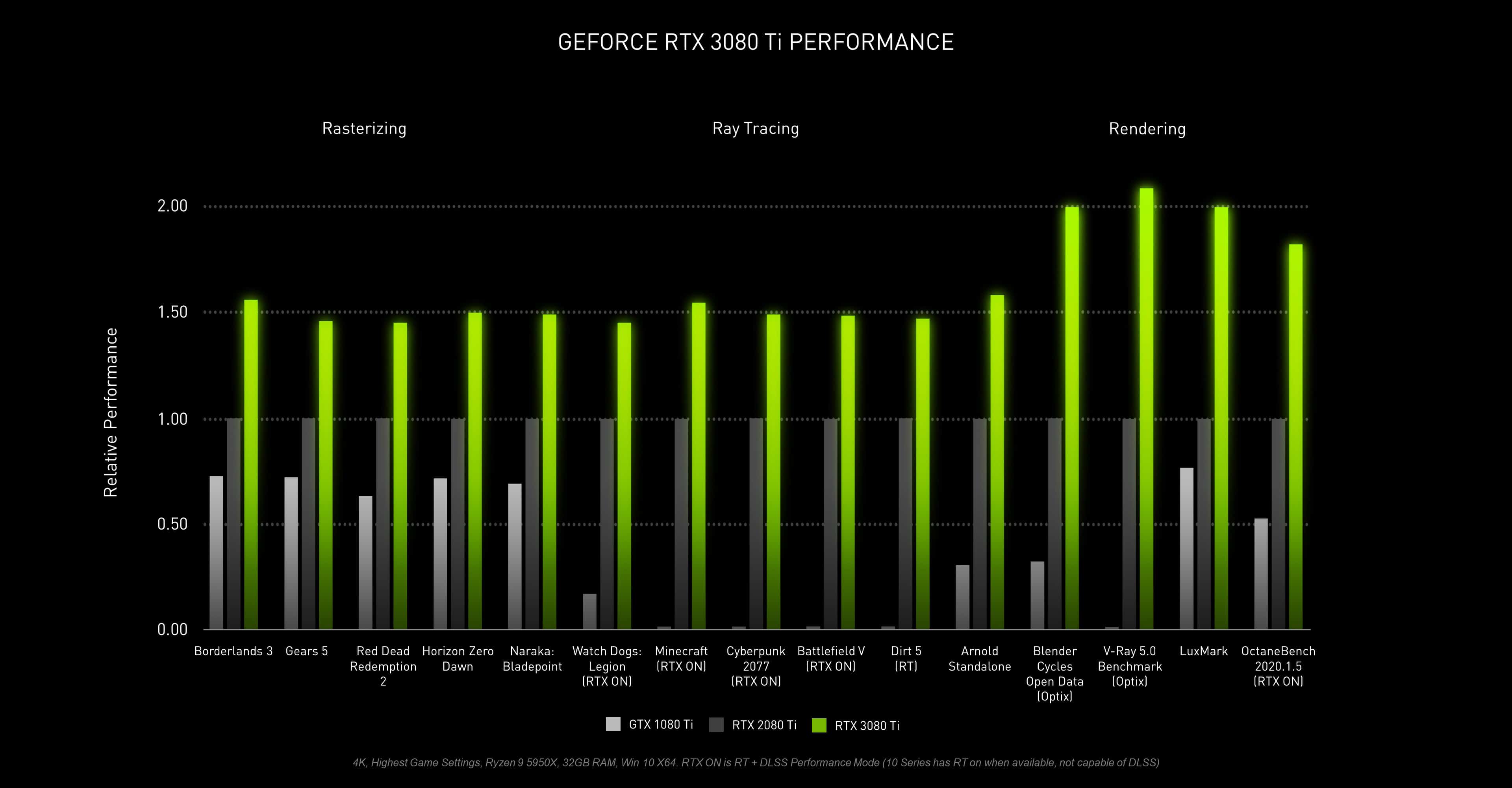 If you are looking to see how the card stacks against Nvidia latest offerings such as the RTX 3080 and 3090, this nifty spec chart (via Digitaltrends) highlights all the differences.

Between the 3080 Ti and 3090, spec wise they are pretty close to one another with the 3090 just inching in most areas. The big difference, however is how much video RAM is available, with the 3090 being 24GB versus 3080 Ti 12GB. However, if you plan on using this solely for gaming as Nvidia markets, then you’ll find that the 3080 Ti is well equipped to handle just about anything that gets thrown at it.

This may just be the card that many PC gamers may be looking for, and while it does come at a hefty price tag it does retail less than the MSRP of the RTX 3090. The GeForce RTX 3080 Ti will be releasing June 3 with a MSRP of $1,199. 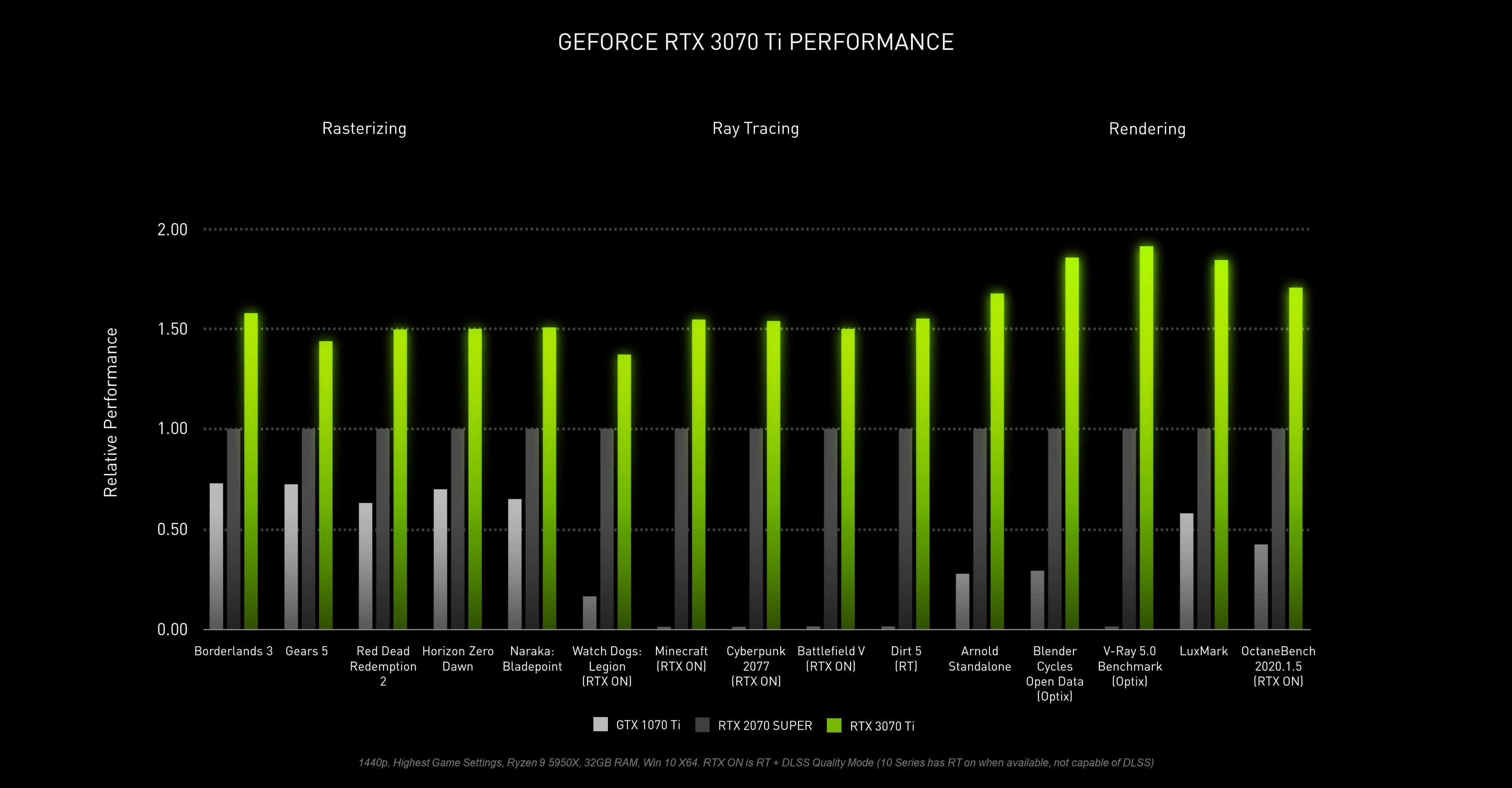 Overall, RTX 3070 Ti is an improvement over it’s older brother in nearly every spec. At just $100 more (assuming you can find it,) this without a question should be the go to card for those looking to get a 3070.

What do you guys think, are these cards the specs you were hoping for? What about the prices? Is the 3080 Ti worth it’s premium tag?