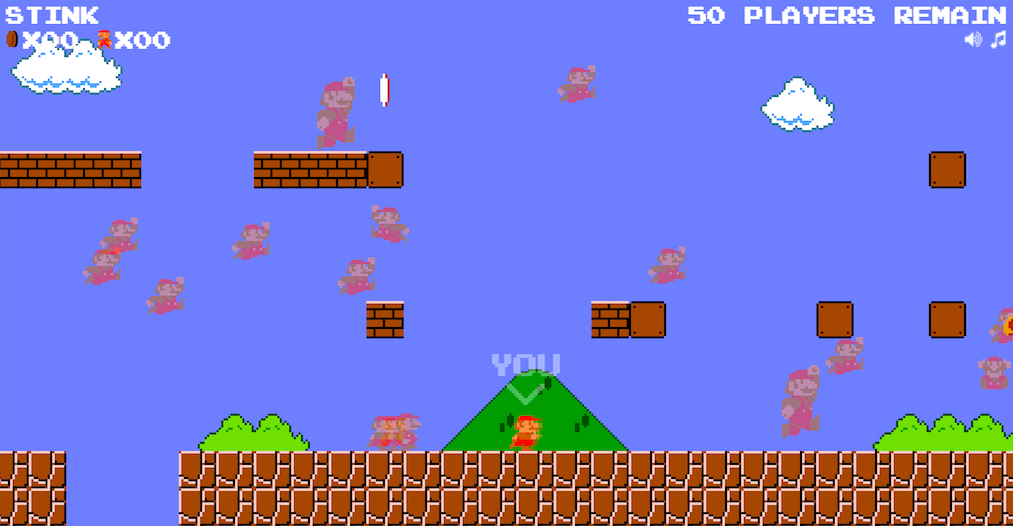 With multiplayer, ‘battle royale’ games proving to be some of the most popular on the planet in the past couple of years, it’s perhaps no surprise that a decades-old franchise is making the leap into a first-person frag-fest.

Okay, so Mario Royale, as it has been cunningly titled, is not exactly an overload of explosions and gunfire that we might expect from Modern Warfare, The Division and so on. But it does promise a super-fun, retro take on the genre with levels and artwork taken from the original series. 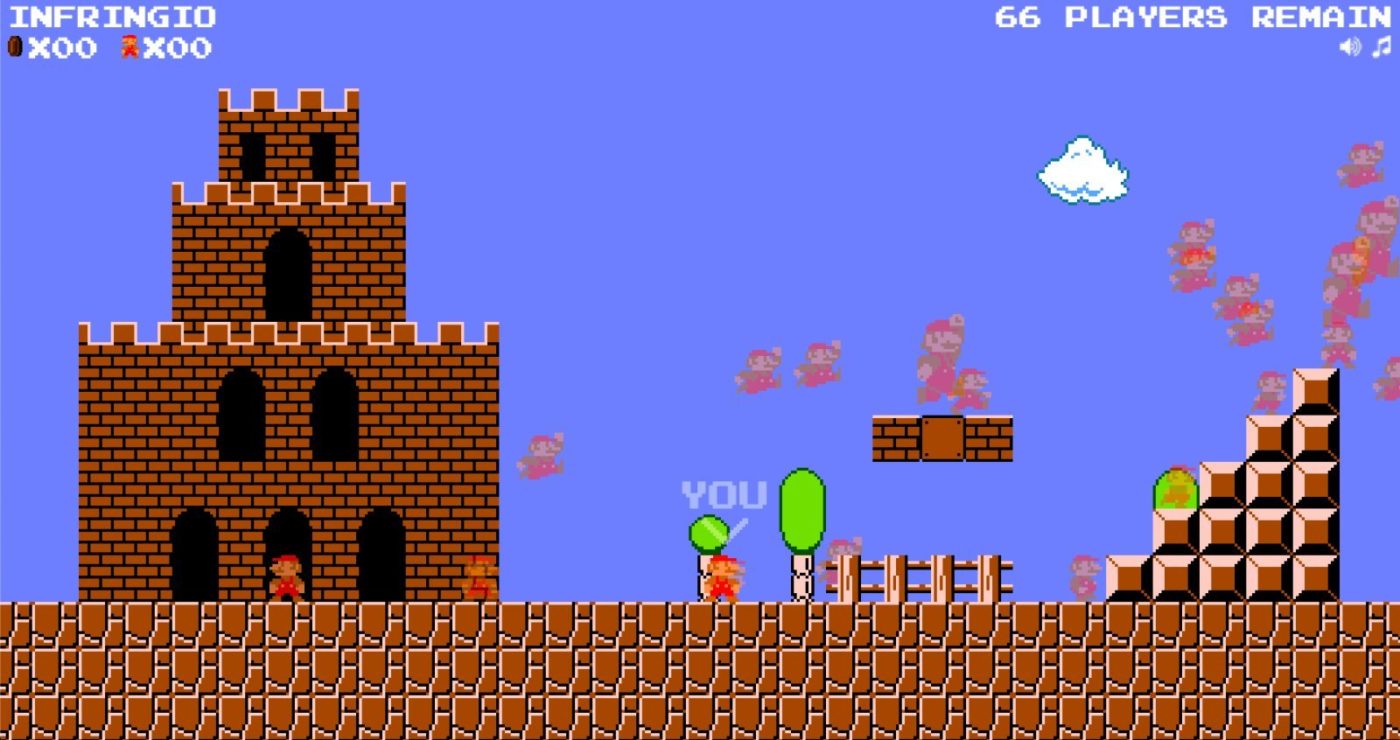 The game has been developed by InfernoPlus, a YouTuber and indie producer who describe themselves as making ‘unfunny videos and bad games’ on their Patreon account. Hopefully, that is merely tongue-in-cheek humility rather than an accurate representation of the truth. The concept behind Mario Royale is simple enough: up to 100 players get to battle it out on levels lovingly recaptured from the original NES game, with the ultimate aim of reaching the end of the level before anyone else.

The developers haven’t added any war-based features, so you won’t be sniping your fellow players or benefitting from ballistic missile power-ups, although there are some tactical elements: you can fire the classic Koopa shells at one another to slow progress, while demolishing blocks to prevent your opponents from getting a clear run through the side-scrolling landscape.

“It’s basically identical to the original game, but with an extra 98 morons running around and stealing your power ups”, is how InfernoPlus have described the game, in a refreshingly honest take on video game PR.

But in truth, the object here is simply to win the race to the finish line while enjoying an HTML5-designed walk down memory lane. At the time of writing, Mario Royale is free to play and available via most browsers, while InfernoPlus have confirmed that the title is controller compatible.

While ostensibly just a bit of fun, Mario Royale does tap into the wider theme of multiplayer gaming and the battle royale genre which has grown in popularity courtesy of titles such as Fortnite and PlayerUnknown’s Battlegrounds. But for the most part, first-person shooters remain the most popular theme for video games – as confirmed by a new poll taken from a group of Canadian gamers.

The survey found that nearly one-in-four gamers all count war-based games as their favorite sub-genre, just behind ‘fantasy’ in the pecking order. Meanwhile, action and strategy combine to account for more than 38% of gaming time, according to the poll, with the battle royale theme scoring a surprisingly low 9%.

When asked which settings they most enjoyed their games to feature, the respondents confirmed why titles such as Call of Duty and the upcoming Battlefield remain so popular, with 10.8% saying war, 11.2% responding with post-apocalyptic, 19.1% opting for ‘modern’ and 22.2% for historical.

In an age when single player campaign modes seem to be getting neglected by producers of FPS titles, it’s reassuring that conflict-based gaming remains popular among those who have perhaps turned to multiplayer and battle royale inspired titles for their kicks. Mario revolutionized gaming when it came out as it became the prototype for a lot of other games with its side-scrolling platform style, and it’s good to see that it remains popular in all of its iterations, including one that has been tweaked slightly to appeal to a modern audience.