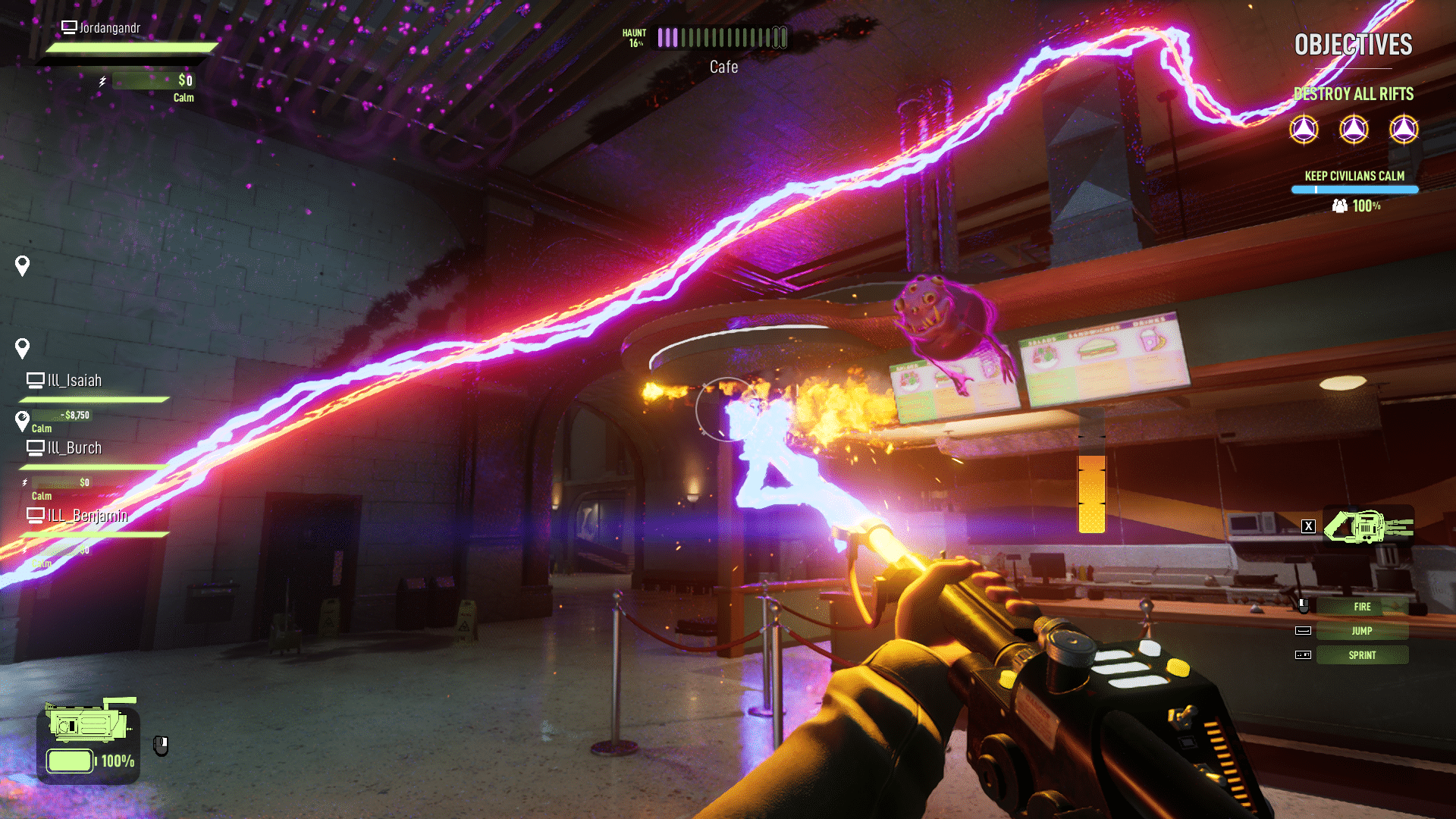 Have you ever wanted to catch ghosts with friends as a Ghostbuster? If so, developer Illfonic is giving you that chance! In an invite-only press event which MP1st was part of, the studio announced that it is working on Ghostbusters: Spirits Unleashed, a multiplayer-focused, asymmetrical Ghostbusters title that is set to fright out this Q4 2022 on the PS4, PS5, Xbox One, Xbox Series X, and PC.

As part of the announcement, we also have the reveal trailer, gameplay trailers, screenshots and official info, too! For the gameplay, we have one that showcases the player as a Ghostbuster, and one as a ghost.

Here’s the info straight from Illfonic:

Put on a Proton Pack, grab a Ghost Trap, and monitor the trusty PKE Meter as a Ghostbuster in a team of four brave souls pursuing ghastly ghosts terrorizing public locations. Work together to find the Ghost, blast them with streams from the Particle Thrower to tether the slimy foe in place, and shut the trap at the perfect moment! Keep citizens calm and corral the Ghost before the environment gets too haunted.

Play as a Ghost, scaring unsuspecting citizens at various locations. You ain’t afraid of no Ghostbuster, thanks to the ability to fly and teleport between rifts. Possess objects lying around each room to sneak by roaming Ghostbusters and frighten passersby. If that doesn’t work, sliming and summoning ghoulish minions will. Haunt each map to completion as one of multiple Ghosts with different abilities.

Prepare for each match in the iconic Firehouse by customizing your Ghostbuster or Ghost, upgrading equipment and abilities, and getting some target practice in using the Particle Thrower as well as its different modifications. Talk with Winston Zeddemore, voiced by Ernie Hudson, and get missions before going out into the field. Meet some new and old friends like Dan Aykroyd’s Ray Stantz, ready to hand down some busting wisdom at Ray’s Occult Books.

Who you gonna call when you wanna bust some ghosts? Thanks to cross-platform multiplayer, anyone on PC, PlayStation 4 and 5, and/or Xbox Series X|S or One can come together to cross the streams or spew slime. AI companions can help fill games, or enable solo Ghostbusters or a solo Ghost to play offline.

We also have a slew of screenshots of the game available in the gallery below.

We’ll have more on Ghostbusters: Spirits Unleashed, as our info-filled feature for the game is hitting the site out too!

Ghostbusters: Spirits Unleashed doesn’t have a release date yet, but it is set to scare players this Q4 2022 on the PS4, PS5, Xbox One, Xbox Series X|S, and PC.