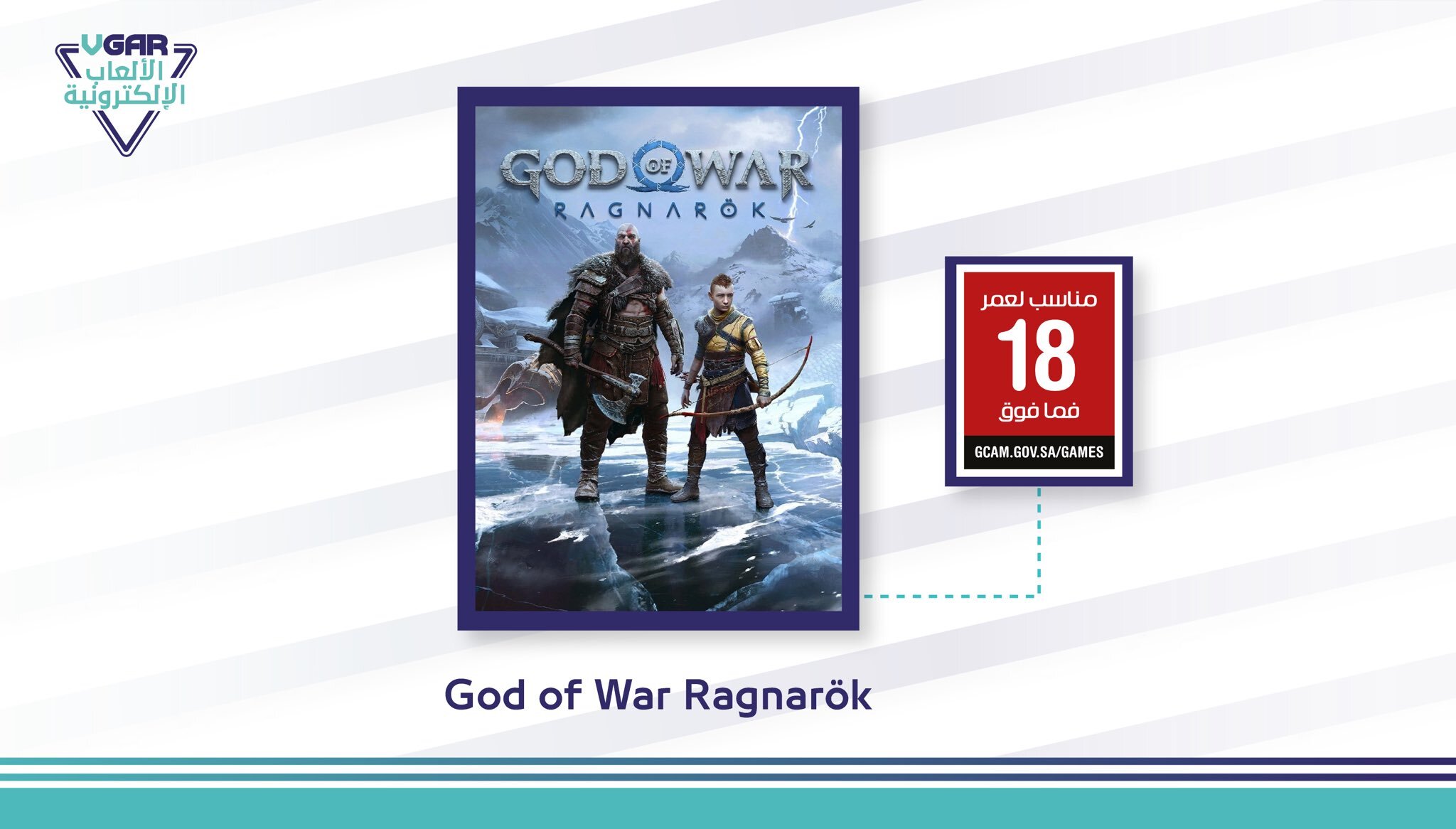 While God of War Ragnarok still has no firm release date, it seems that it could be launching closer than expected, as God of War Ragnarok has officially been rated in Saudi Arabia! Typically, game ratings are submitted by the publisher right at the tail end of production, or when no major story beats and such are expected to be changed (since that would constitute another board review).

The ESRB (Entertainment Software Ratings Board) equivalent in Saudi Arabia is the General Media Authority, which has tagged God of War Ragnarok with an “18 and over” rating (or M for Mature), which shouldn’t surprise anyone.

Will we get the ESRB rating soon? I wouldn’t be surprised if we did. That said, the game did surface on the PlayStation Network as well recently, which was spotted by a reliable data scraper. It tagged GOW Ragnarok as being targeted for a September 30, 2022 launch, though it’s most likely a placeholder.

Here are the key features of the game:

Atreus seeks knowledge to help him understand the prophecy of “Loki” and what role he is to play in Ragnarök. Kratos must decide whether he will be chained by the fear of repeating his mistakes or break free of his past to be the father Atreus needs.

The Leviathan Axe, Blades of Chaos and Guardian Shield return alongside a host of new abilities for both Kratos and Atreus. As they take on gods and monsters from across the Nine Realms, Kratos’ deadly Spartan skills will be tested like never before as he fights to protect his family.

Journey to dangerous and stunning landscapes while facing a wide variety of enemy creatures, monsters and Norse gods as Kratos and Atreus search for answers and allies.

Once we know more regarding Kratos and Atreus’ upcoming adventure, we’ll let our readers know.