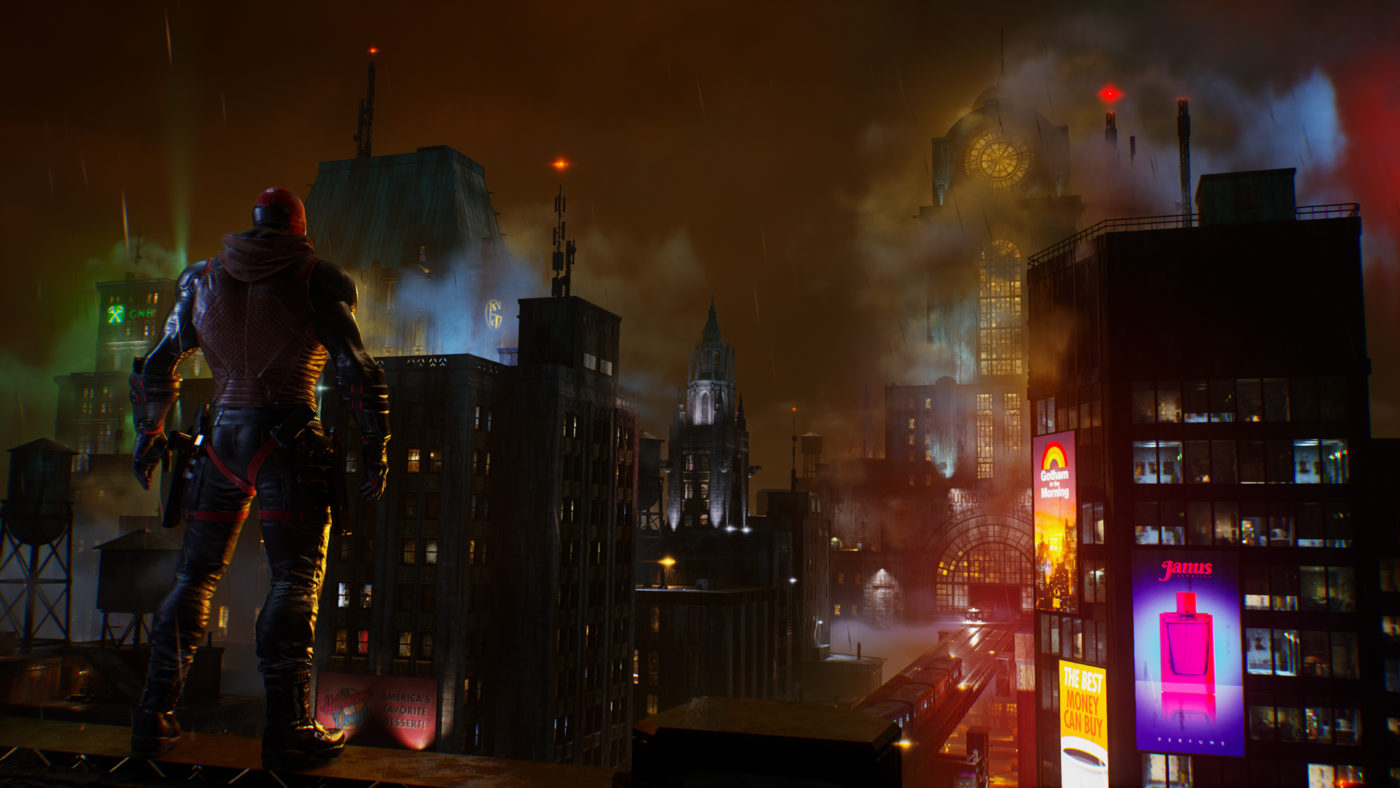 Gotham Knights Gear Explained, Won’t Be a Games as a Service Title

Just this weekend, the gaming world was given a sweet surprise at the DC Fandome event, as WB Games Montreal announced Gotham Knights a two-player action game that featured the Bat Family (except Batman himself). Thanks to a new interview, we now know more about the game, which includes details on how the Gotham Knights gear work, and more.

Q: How do character skins work? Are they made up of individual pieces of armour, or full outfits?

Fleur Marty: “They’re a mix of all that.”

Patrick Redding: “So, just to be clear, when we talk about Gear, we’re talking about your melee weapon, your ranged weapon, and your suit, which has certain armor characteristics.

And then there’s your suit style – that’s the sort of ‘skinning’ of the suit. Because we didn’t want it to turn into just a random crazy quilt, what we’ve done is we’ve got distinct suit looks. And then within that there’s accessory variation that the player can tap into, and that way you get a chance to tweak it and make it exactly the way you like it.”

Given that we now know there are gear in the game, some might have assumed that Gotham Knights was a GaaS (games as a service) title like Destiny, The Divsion. Well, WB Games Montreal has put the kibosh to that, and states Gotham Knights is not a GaaS game.

Q: Is this a game-as-service?

Fleur Marty: “This is very much not designed as a game-as-service. There is an ability tree, which is different for each of the characters, and then there’s gear that you craft – and so choices that you’re going to be making – but that does not mean that this is a game-as-service.

Marty confirms that Gotham Knights is a self-contained story, that can be played entirely solo (you’re not going to miss anything if you go at it alone), which should please action fans not fans of GaaS titles.

If you haven’t seen it yet, go check out this eight-minute gameplay demo to make the wait for the game a lot harder.

Gotham Knights is heading to the PS4, PS5, Xbox One, Xbox Series X and PC sometime in 2021.