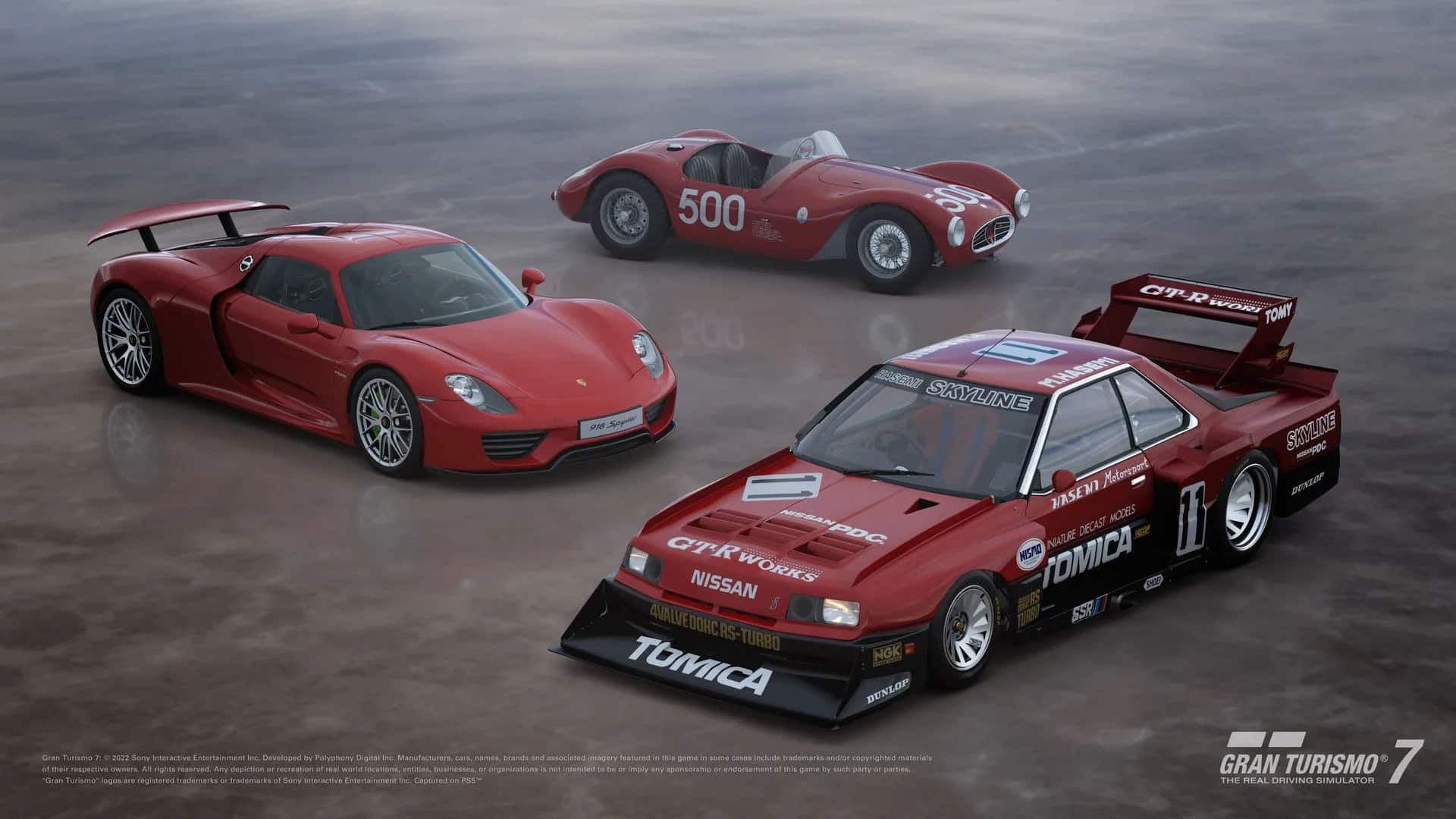 The Nissan Skyline Super Silhouette Group 5 ’84 might just be the most iconic car from this new lineup. It is an extraordinary Skyline car that stood out in the races of the 1980s.

Maserati A6GCS/53 Spyder ’54 is a beautiful 2-seater sportscar that has previously won the Gran Turismo Trophy back in 2014. A was the designation of a series of Maserati racing cars with 6 cylinders from 1974 to 1956.

Porsche 918 Spyder ’13 is a super sports car that was originally a plug-in hybrid reinterpretation of the Carrera GT. It was first introduced back in 2011 and its production was limited to only 918 cars.

Same as always, once the patch is out, we’ll be sure to let our readers know what’s in it.