Grand Theft Auto 5 Possibly Set For a “Spring 2013” Release, According to Promotional Poster

According to a recent image of a promotional Grand Theft Auto 5 poster, we may have have our first look at a release time frame for Rockstar’s next big shebang. 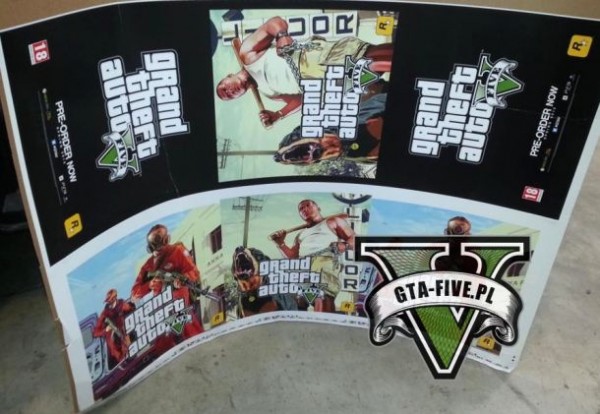 Discovered by Polish fan-site GTA-Five, this poster puts GTAV at a Spring 2013 release date, if you read closely underneath either of the two logos.

Lizzy, aka LizzyKitty21, who brought this to our attention, examines its legitimacy nicely in her blog:

The exterminator artwork is straight from the reveal trailer last year. The second artwork is exactly the same as all the previous GTA artwork. Compare it to the exterminator one or even GTA IV promo artwork, this is something that cannot be plagiarized. Now, for those wondering about the dog… To those who have watched the GTA V trailer to death will notice that the first shot of the couple on the beach, features a dog between them who even barks. So, This confirms that dogs will be in the game.

Gameinformer is expected to have further GTAV details in their upcoming issue which could possibly confirm its release date.

Look legit to you? Let us know in the comments!