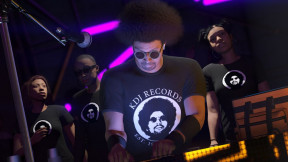 News 0 Prepare to enter a dance club like no other after engaging in a heist or some adventure around Los Santos, as Rockstar has unveiled “The Music Locker” — a brand new location featuring some world class DJs, awesome new tracks, and some engaging new dance moves and abilities that will soon be unlockable in GTA […] 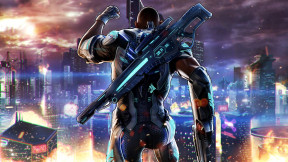 News 0 Rockstar acquires Ruffian Games — the British video game developer best known for developing Crackdown 2, and has rebranded the company as Rockstar Dundee. Named after the Scotland city where the company is based in, Ruffian has been working with Rockstar since last year and has been assisting them in developing their games according to […] 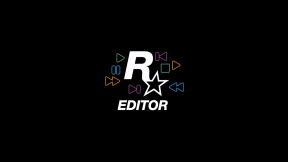 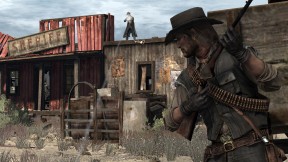 News 9 With GameSpy closing its servers at the end of May, many titles that we came to love and have played over the years on the PlayStation 3 platform will unfortunately be affected. For a number of titles, their online features will either be shut down or moved to a new service. Among the titles affected […] 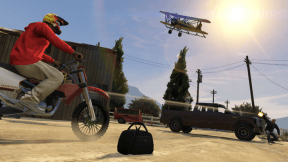 News 6 Rockstar Games is deploying a new update to Grand Theft Auto Online‘s Creator Tool that will allow players to create their very own Capture jobs. The update, coming this Friday, April 11, will let players create and publish jobs across any of the four Capture Job variants; Contend, GTA, Hold, and Raid. To get you in […] 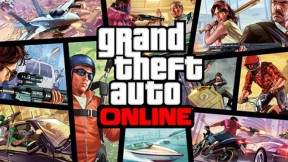 News 26 Fans of Grand Theft Auto Online’s popular Rooftop Rumble job will find that it has been removed for the time being. Rockstar has recently pulled the job from the game, according to a recent Q&A, which states the following: “We are currently working on fixing an issue with Rooftop Rumble, and expect it to be […] 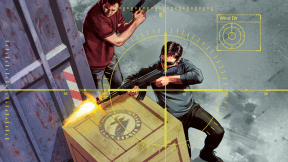 News 10 In a long and ongoing effort to make sure every player in GTA Online rests on an even playing field, developer Rockstar is taking action against offenders participating in game-breaking cheating or exploiting. Earlier this week, a GTA Online update was launched in order to improve anti-cheat measures and to cut down on GTA$ and RP […] 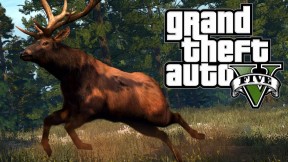 News 14 It looks like those playing Grand Theft Auto Online may have to be wary of a new mod to surface recently that could affect your game. Thankfully, it isn’t as game-breaking as other mods to be brought into the game, like modders gifting away billions of GTA$ to everyone in their lobby. This time, some modders […] 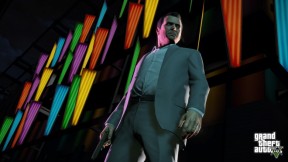 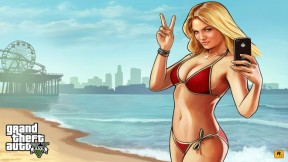 News 25 A group of hardcore Grand Theft Auto fans recently took the trouble to gather every single snippet of Los Santos, the fictional city in which Rockstar’s upcoming Grand Theft Auto V takes place, and has placed all pieces of the map together to create one big map. This is, of course, the work of fans […] 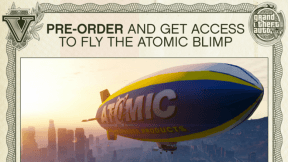 News 20 After being tight-lipped for some time, aside from releasing handful of jaw-dropping GTAV screens a few weeks ago, Rockstar has recently revealed the special and collectors edition of their blockbuster sandbox game, Grand Theft Auto V, and has now put them up for pre-order. What exactly will Rockstar will be including in these special editions you say? […] 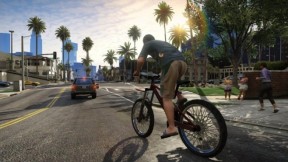 News 16 Rockstar Games wants to show you a glimpse what you’ll see when you’re finally holding a real Xbox 360 or PlayStation 3 copy of Grand Theft Auto V in your hands this September 17. Featuring the three main protagonists, Franklin, Michael and Trevor, Rockstar unveils the official GTA V cover art: What do you guys think? […] 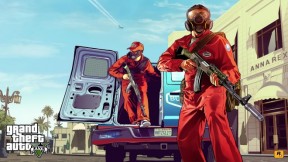 News 22 Last Thursday, Rockstar announced the unfortunate delay of Grand Theft Auto 5, now releasing September 17, instead of the originally intended release time frame of Spring 2013. In an update on the official site, the team explained the decision, stating that “unfortunately sometimes such delays are necessary in all forms of entertainment, and especially in the case […] 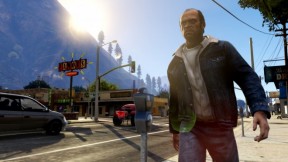 News 6 Excuse the re-post. Experiencing technical difficulties. As of today, only Xbox 360 and PlayStation 3 versions of Rockstar’s upcoming Grand Theft Auto 5 have been confirmed, with a PC iteration only “up for consideration.” However, a PC listing, along with Xbox 360 and PS3, has recently been discovered on Amazon France, suggesting GTA V’s arrival on the […] 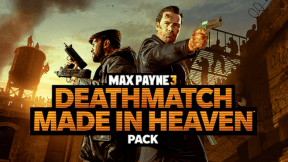 News 7 Max Payne 3 is set to receive it’s last round of downloadable content titled “Deathmatch Made in Heaven.” Deathmatch Made in Heaven will come stuffed with co-operative and multiplayer goodies and will be available for the Xbox 360, PlayStation 3 and PC this January 22 at either 800 Microsoft Points or $9.99 USD. Rockstar Pass […]

News 16 First gameplay details of Rockstars’s Grand Theft Auto V have hit the net! Now, you won’t normally see single player details from MP1st, but it is GTA V, after all, and the latest issue of Game Informer has laid out what you can expect from this year’s biggest game and Rockstar’s biggest game title (literally) […]

News 20 According to a recent image of a promotional Grand Theft Auto 5 poster, we may have have our first look at a release time frame for Rockstar’s next big shebang. Discovered by Polish fan-site GTA-Five, this poster puts GTAV at a Spring 2013 release date, if you read closely underneath either of the two logos. Lizzy, […] 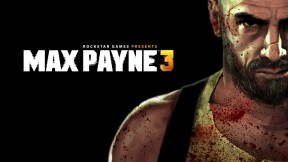 News 2 Looks like Rockstar is making up for the delay of Hostage Negotiation. Originally due out last summer, Rockstar is providing an all-new chrome weapon bonus, redeemable to all Social Club members free of charge upon release. As for the DLC itself, you can expect four new multiplayer maps, alongside new items, weapons and the Filhos […] 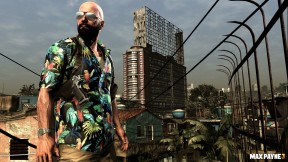 News 3 For a weekend where seemingly every game is doing double XP, you can add Max Payne 3 to that list. Currently going on, Max Payne 3 will enjoy double XP until Monday morning across all platforms. With all the games currently enjoying double XP, which game will see your time? Let us know in the […]