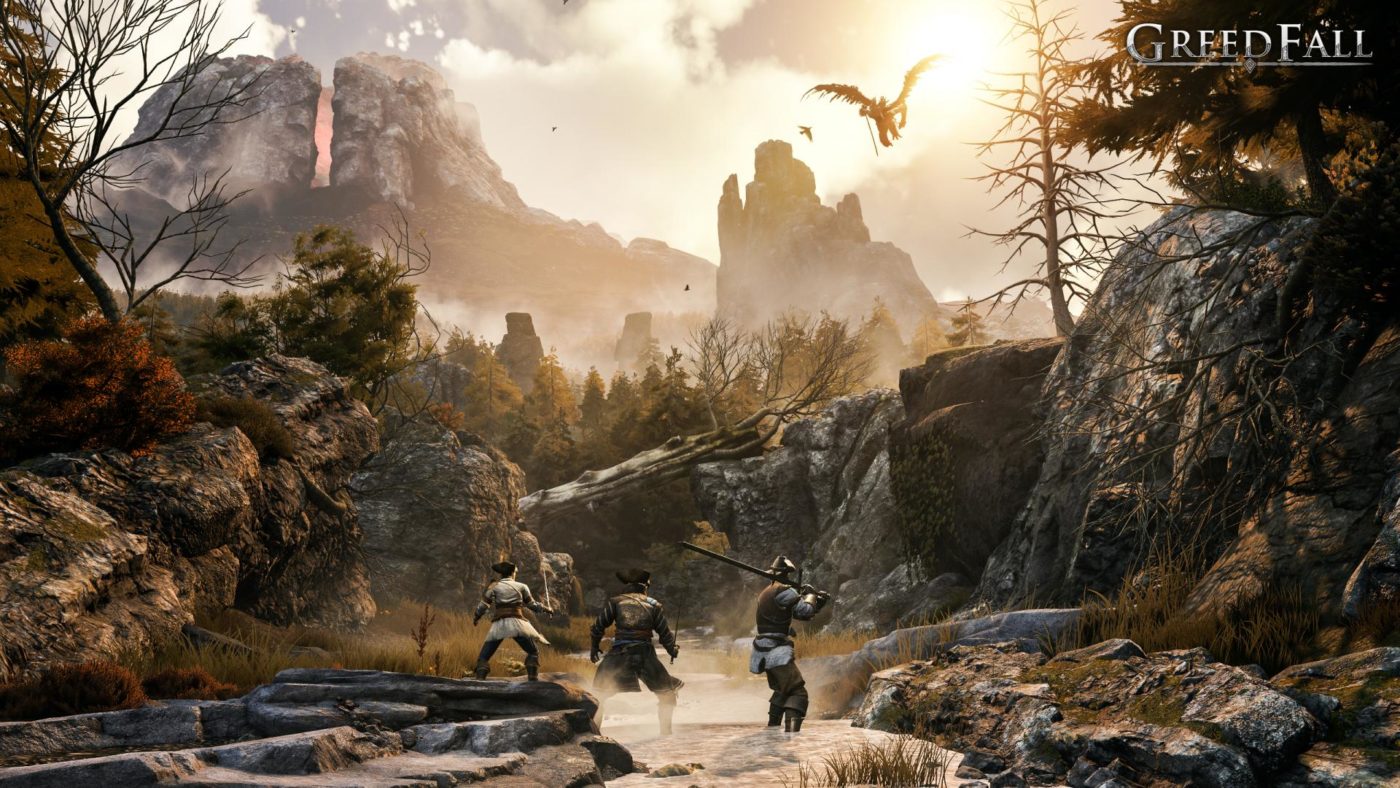 Developer Spiders is no stranger to creating action-RPGs. Having worked on titles such as Bound by Flame, and Technomancer, it’s clear that these devs have a passion for the genre, even if their budgets haven’t been up to par with bigger AAA titles. While there are some great moments filled in both games, overall they were solid efforts with some redeeming factors. I’ve always had a soft side for them, and with Greedfall releasing, it looked like it could be their biggest and most ambitious title ever. Did my expectations find a game worth the early buzz? Absolutely.

Greedfall has players taking control of either a man or woman they can customize right from the start before the adventure begins. This includes how they look and what class to pursue. While players are able to mix and match what skills and abilities they get via three different trees, nothing is set in stone as players can also respect a few times if they don’t find their build to their liking.  Once selected, the player is let loose in the first city, which ironically is used as a tutorial hub. This area turns out to be quite bigger than I anticipated and lead to the first thing that I immediately noticed about Greedfall. It’s a beautiful game, so much that if I was shown a screenshot of this, I’d almost think it was another entry in an Assassins Creed game, it’s that good looking. In particular, the lighting and atmosphere create this dirty yet beautiful look at times remind me of dark autumn colors. It might sound a bit drab and potentially some might prefer a bit more color, but I was absolutely in love with the world from the start and I hadn’t even arrive on the island yet. This also extends into the user interface with easy to use maps, quest logs, and equipment and stat management.

The plot of Greedfall has a few elements to it I found myself drawn into.  The first one introduced right away is that there is a disease spreading that is incurable. Think something akin to the Black Plague. Once people get it, their lives are cut rather short and horridly. They believe there is a potential cure on the island of Teer Fradee; a place that we have started to colonize and explore. It’s an island that is quite unique in that there are creatures we’ve never seen before, which leads into the next plot point that Greedfall likes to focus on: politics and religion. Do we, as explorers, have the right to take the island from the natives? And what about protecting ourselves from their attacks? While Greedfall might not put a huge focus on these elements, they are ingrained with the decision making when choosing how to accomplish quests. Do you help the natives defend against a group of evil minded missionaries? Perhaps a certain group is unjustly attacking the colonial people? In making those choices, the player’s reputation with that group might go up or down, altering their attitudes towards the player at later moments. It was decisions like these peppered throughout the narrative that absolutely kept my wondering what my choices were going to affect. There is another part of the plot that focuses on events that occurred in the past with the island and definitely leads way to some intrigue and wonder but I won’t spoil those elements. 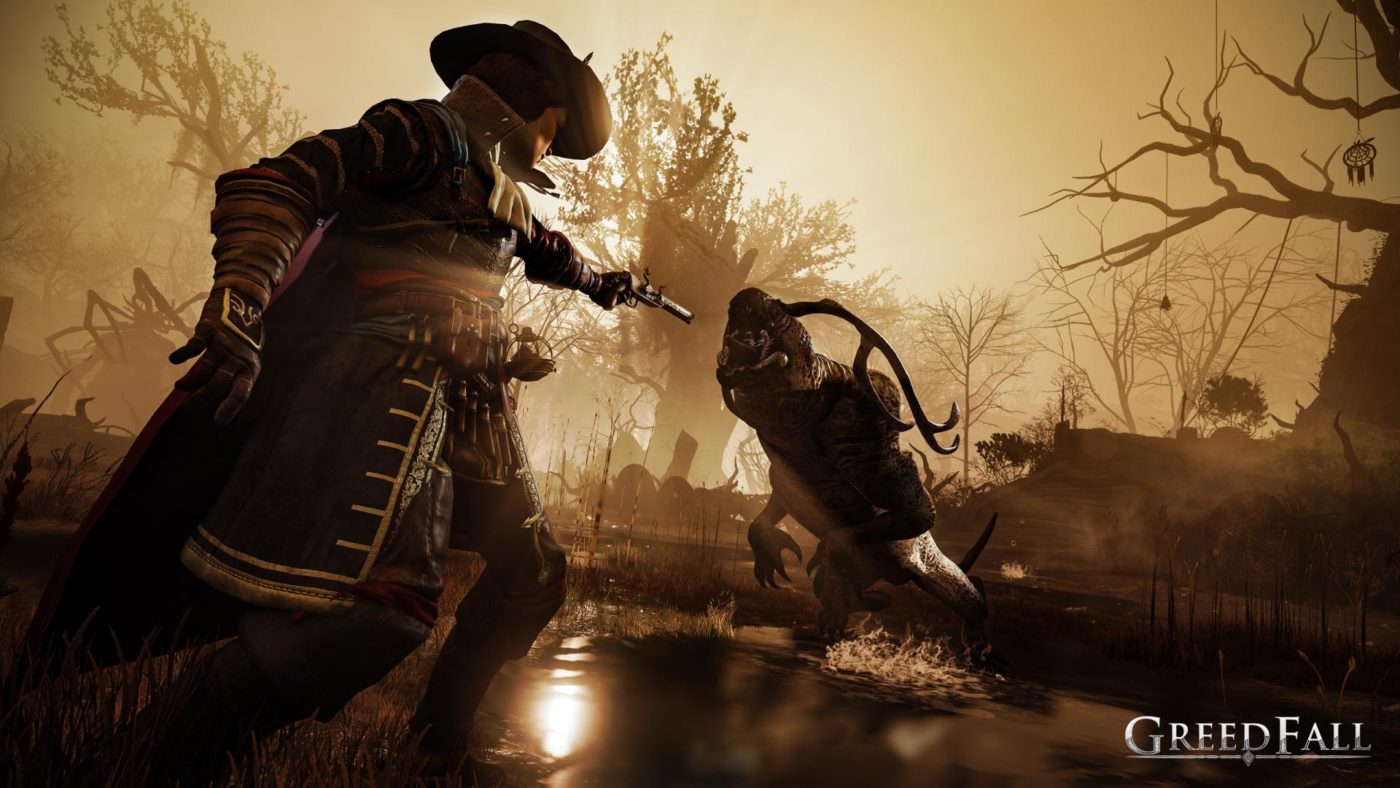 While exploring the island of Teer Fradee, there are many locations to visit. And while the map is rather large, it’s not open world. Instead, Spiders has decided to go for a rather large selection of hub-like areas, big and small. This works well and the game has an easy enough interface to make exploring rather enjoyable. While players will be traveling a lot from point A to point B for various quests, fast travel helps immensely with this. The beautiful part of the majority of quests is that there is very little in the way of fetch quests. So while players might be going back and forth for a mission, it’s never for just obtaining one item usually, and will usually lead way to more story elements, or other interesting revelations during that particular journey. Quests will start off sometimes simple enough only to turn into much longer affairs. That’s not to say every quest is a home run, the majority of these I found intriguing, interesting, and taking me to unique looking locations, which is a good thing because while Greedfall looks rather stunning at moments, there are a whole lot of tree and mountains to look at. Though some areas change this a bit, adding in something like a swamp or water fall area, a lot of the world does look a little too similar at times, beautiful as it may be. A bit more variety in locations could have gone a long way.

Combat is in real-time, and depending on what class players are focused on, can feel extremely different. Using a warrior style will lead you to more two handed weapons, armor, and slow but powerful attacks. Magic users can dash around the environment, firing magic projectiles at a distance, or the agility class can use traps and focus on guns more. Each class can be sort of mixed and matched with others to the players liking. Experimenting with this was rather fun and because memory shards are collected as the story progressed, there is ample time to reset stats and try something different.

While combat felt a little bit chaotic for me at first, after a few hours I learned how to properly dodge or parry incoming attacks. There is no typical block button in Greedfall, and there is also a unique armor system in play.  Armor shields sit above the players health bar and different attack types do different damage to those. Once those are whittled down, health takes more of a hit when attacked. This can be circumvented with potions found or crafted when in battle. Eventually I felt like I was doing a battle dance around the playing field, attacking with my AI-controlled companions together to bring down any enemy I encountered. While the earlier hours were a decent challenge for me, I did feel like later on I was defeating most battles with ease.  There are a variety of difficulty levels to select from if the challenge doesn’t seem hard enough. I felt it was just right for my playing tastes. 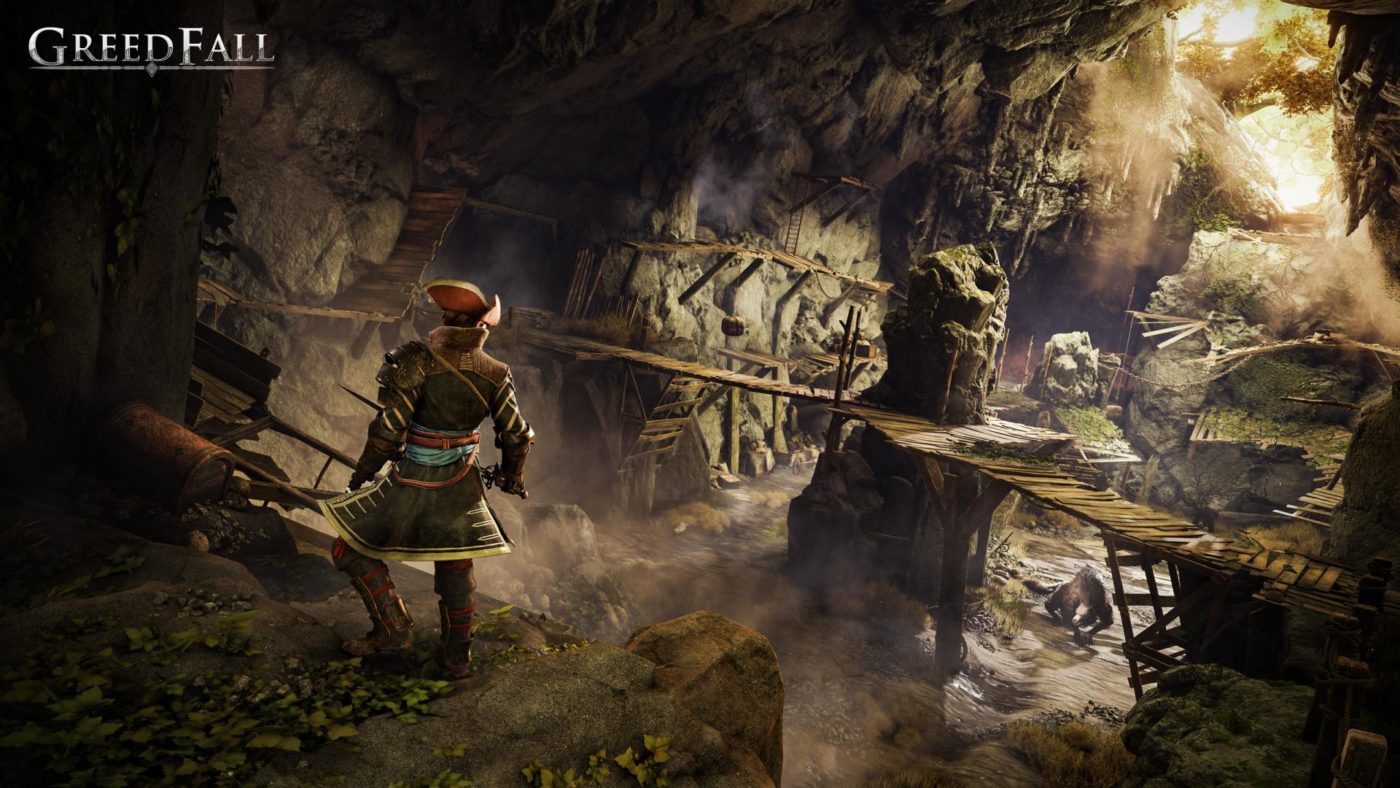 An Island of Fun

Greedfall truly surprised me in a lot of ways. Not just from a visual standpoint but just the overall package Spiders provided. The music was appropriate and fitting for the theme. The plot line kept me engaged. The decisions I had to make, had me wondering what might alter my relationship with various factions. The overall system performance on the PS4 Pro was also excellent. The majority of my time within my 38 hour play through I experienced no major or game breaking bugs. There are a few lower quality elements noticeable, like characters facial animations and how little the NPC’s really do most the time. Standing around or acting like they are there just to showcase that the world isn’t empty. It’s almost a optical illusion in an essence, but it worked. I felt the camera control was a little too fast, but turning that down all the way helped my experience out perfectly. Little minor graphic blemishes or issues aside, it’s still Spiders most polished and realized game to date. The passion for the project shines throughout.

When I finished Greedfall, I wanted to know more about the island, more about the people, and I felt a bit empty having finished it. The ending I got was catered towards the details and choices I made, but really it all comes down to one choice after the final battle. The remaining details of choices are detailed in narration. I was satisfied overall, but yearned for a little bit more. When I mentioned feeling empty earlier, it’s not in a negative way. It’s the sign of a game I truly had a blast playing and absorbed myself into. That feeling when something you enjoyed so much is over and there is nothing left. That’s how I felt. With no New Game +, the only choice is to either load the last save before the final mission to wrap up any side stuff, or start a new adventure making new choices. I think I’ll do the latter and go back to Teer Fradee once more. This is the Spiders’ best work to date. The team absolutely deserves praise and if this is any indication of their growth going forward, Spider is one for RPG fans to keep tabs on.  Greedfall is one of my favorite gaming experiences of 2019.

Copy provided by reviewer. This is one island I didn’t want to leave after 38 hours of fun. Played on PS4 Pro. You can read MP1st’s review and scoring policy right here.

Nioh 2 Beta Hitting PS4 This November, Will Be Open to Everyone